TV Characters That Give Us The Heebie-Jeebies 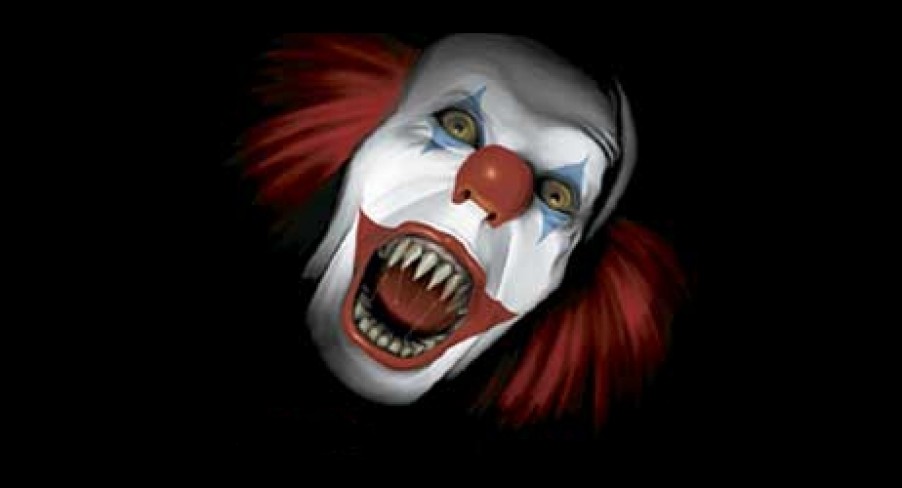 Used to being able to do whatever he wanted allowed this three thousand year old vampire to be more than just a tad sinister. He shared his blood with a werewolf pack, blackmailed Queen Sophie-Anne into marrying him before beheading the Magister, ripped out the spine of an on-air anchorman and staked a human male hooker. This may be characteristic vampire behaviour but Russell goes from the customary bloodcurdling rein of terror we expect of bona fide members of the undead community to utterly unhinged in about point zero seconds. Carrying the sloppy remains of his dead vampire lover, Talbot in a jar is a level of disturbing that there’s just no coming back from. Russell shows what us the true nature of vampires in his TV appearance: This human possessing demon was introduced to us in season three but her role carried more weight the following season. Albeit, Lilith’s far more spine-chilling in the guise of a little girl – the whole ‘hey look, here’s a sexy, evil chick’ has been way overdone by shows like Charmed (skimpy leather clad baddies was their forte!) – her nasty tendencies were revealed when she got all growed up for her final appearances. So, who’s up for breakfast? Babies, anyone…? No? Didn’t think so! Angelus is without fail the most frightening vampire to appear on either show. Ok, so The Master was of a creepifying nature, Darla less so but she did try to kill Buffy with guns, then there’s twisted Drusilla and Spike but none of them reached Angelus’ level. He is clearly the one who hurt our Buffster the most. The aftermath of Surprise and Innocence left out hearts heavy making realise that Angel, the good but broody vampire was no more. He mercilessly terrorised Buffy and her friends, often drawing her while she slept – stalker much? He murdered Jenny Calendar in what has to be one of his most unsettling scenes particularly since he sets it up as a serenade for Giles which culminates in him finding her dead body. I think its time for Mr. Edward Cullen to take note! Entering the show in her birthday suit beside a pig, she causes Tara to crash her car and tah-dah! She wangles her way into Bon Temps’ community. Behind the towns’ back, she’s cruel and spiteful, holding a grudge against bartending Sam. She attacks Sookie, feeds off town hence making them loose all inhibitions (providing the creepier scenes of in season) until her final sacrifice to her god can be carried out. The show was already notorious but this maenad’s presence forces the realisation that it’s not just jumping on the Twilight bandwagon. Killed by Death is one of the few BtVS episodes that doesn’t hit the rerun list. Here’s why. Buffy comes down with a mighty case of the sniffles garnering herself an unwanted hospital stay. Of course, wherever Buffy roams there’s evil afoot and that, my dear readers, is Der Kindestod. Psychically one of the most petrifying demons to grace the show, he’s also invisible to healthy peeps like a regular Freddy Kruger without any of Englund’s charm! His demise is also all kinds of nasty. Eek! These humanoids aren’t just like any alien species, nope. They’ve got feeding organs on their palms that make a victim’s life-force go poof reducing them to desiccated messes. The only thing which makes them less shudder-inducing is John Sheppard’s humorously human names for the creatures. C’mon, now matter how scary an alien is, you’ll always have time for a giggle when one’s called Todd! Least they’ve their own sense of humour: These guys are just plain creepy. The episode’s opening scene, which is a little too The Hills Have Eyes for my liking, leads Scully and Mulder to investigate the death of a baby with a ton of birth defects as a result of some serious inbreeding. On goes a serious of deaths in the town at the hands of the family in question, pressing our favourite duo into their home where they find the limbless mutant mother of the Peacock boys. Scary, huh? Benjamin Linus was our first insight to The Others so of course he lied through his teeth and claims the identity of dead man Henry Gale. Eventually, his true identity is unveiled but that didn’t stop Ben in his tracks, oh no! He racked up more than a few rivalries notably in the form of Widmore and Locke. Seemingly always on the wrong side of good, no matter what his intentions were they all go haywire and usually make him appear more callous than he did before. A lot of blood rests on his hands so it’s difficult to ever truly trust him and those beady little eyes. I’ll never understand why Edie Britt shacked up with this guy. Just look at him, he screams ‘I’m a psycho, get out of here!’. Spurred on by the death of his wife and daughter, he goes all kinds of cuckoo. He sets his sights on Susan and Mike for revenge, kills his psychiatrist and lights the club on fire blaming one of the Scavo boys, strangles Edie almost to the point of death but it subsequently leads to her curtain call, then kidnaps Susan and her son, MJ. Is it any wonder he went off to the loony-bin. The end. IT – Pennywise the Dancing Clown

Pennywise is from a TV movie not a show but I think he should make this list for the following reasons. Firstly, clowns are plain creepy! And why is he billed as a Dancing Clown, actually, I withdraw my query. Secondly, it shapeshifts into whatever the victim fears the most before becoming a clown. That’s just messed up! These reasons alone make me want to hide under my covers. Ask anyone, Curry still gives me the wiggins to this day! Buffy the Vampire Slayer – The Gentlemen

Hush is one of those episodes that will make anyone’s list of scaries so obviously its demons are all kinds of unsettled. Leaving us in silence for a large chunk of the episode, The Gentlemen, who steal your voice so you’re audibly defenceless, are all sorts of creepy with the smiling, the clapping and the extraction of hearts. The singing child in Buffy’s vision and The Gentlemen’s lackeys are also no treat! Let’s rewind to when all the confusing (and pointless) twists and turns that took place were in the form of polar bears, a French message on repeat, an underground hatch and strange noises offshore i.e. The Smoke Monster. Not only is it creepy on the basis that it’s a somewhat unexplainable black fog with an agenda. It’s aware of the Oceanic survivors and The Others’ presence/back stories and, as the seasons go on, we see it take the shape of many familiar faces, often using this to lure certain islanders to its side. One of its most vicious moments is when it offs one of the few interesting characters – anyone recall Eko’s end? I shudder to think of it! We all know that Whedon is the master of all things awesome so it’s really no wonder that he managed to create yet another creepsome species of messed up mofos. The Reavers are the scariest baddies to appear in the series and film even giving tough guy, Jayne the wiggins and rightfully so! They’re as savage and primal as they come with Zoe explaining “they’ll rape us to death, eat our flesh and sew our skins into their clothing, and if we’re very, very lucky, they’ll do it in that order”. Pavayne may’ve failed in his attempt to drag Spike to Hell but he certainly managed to brew up storm in terms of providing some of the most explicit footage Angel’s had to offer up. We’re given a man slicing on his own fingers, an armless woman, a hanging dead guy and circulating ghosties muttering his name. We all know by now that once there’s an eerie chant (this one’s “It’s gonna get you. Reaper’s gonna get you”) some serious stuff is about to go down. Top it all of with the aristocratic mass-murdering Pavayne adding that he wants to play and you’ve got a regular horror-fest! The show’s had its fair share of characters that can make your skin crawl but none seem to top Lithgow’s portrayal of an utterly unnerving and downright petrifying killer. Before my consumption of the series, when I thought of Lithgow I reminisced back to his 3rd Rock from the Sun days with a giggle but now in its place are the haunting images supplied by his character. The worst part is that it’s not just his kills that make him such a menacing figure, it’s the obsession with deceased relatives, his irreversibly damaged household and his complete lack of mental stability.

Angel – Dr. Ronald Meltzer: I Fall to Pieces was quite literally the MO of this Doc. He was able to disembody any body part so he could keep a closer eye on his unrequited beloved Melissa Burns – see, what I did there?

Supernatural: Rakshasa aka a demon that shapeshifts into a clown in order to win over kiddies so he can murder their folks – seriously, haven’t kids learned anything from IT!

Are You Afraid of the Dark?: Anyone remember Marie, the veiled gnarly looking woman who granted wishes to young girls in order to steal their beauty and youth?