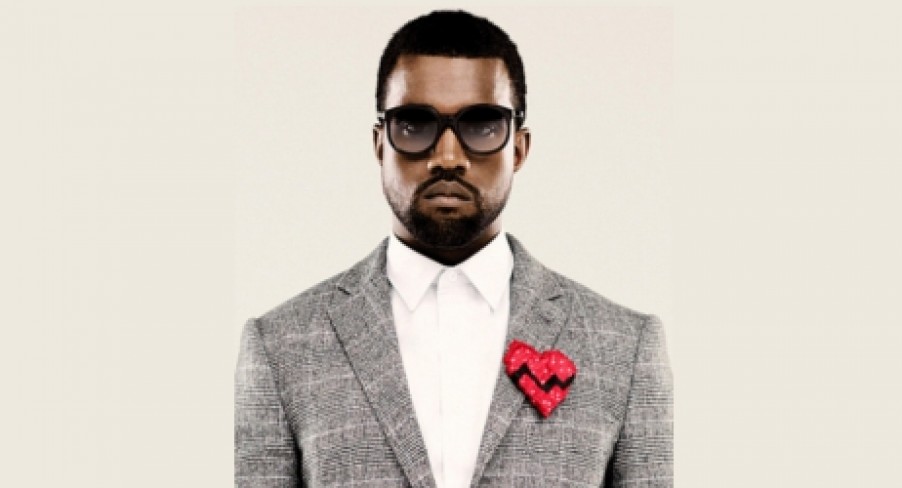 Well you can’t say that he’s ever bored us, now can you? From taking on the evils of the modern era (his outbursts at George Bush and eh… Taylor Swift…) to the hilarity that ensues on his twitter account, there always seems to be a reason to talk about Kanye.

Over the last ten years, he has built a steady fan base and garnered more attention that any other artist of the time. Michael Jackson he isn’t, but is there any artist more endearing, more engaging than West at the moment? Gaga? It’s all so contrived. Jay-Z? Sure he has the swagger, but no personality. Where to from there? Caleb Followill? Don’t get me started…

Now, however, it may be time to let the music do the talking. The self-confessed “artist of his generation”, Kanye West, finally returns with the phenomenal new My Beautiful Dark Twisted Fantasy (Thank the Lord he abandoned Good Ass Job…) … Fantasy is the culmination of over a year of soul-searching and hard work in the aftermath of the death of his mother (touched on in his last record, the autotuned mess that was 808s and Heartbreaks) and his attempted career suicide (Taylor Swift-gate).

Anyone who has actually kept a close eye on Kanye’s work ethic over the last few months will have seen the incredible standard of tracks he has been working on. The G.O.O.D. Friday series saw the release of one track for free every Friday since last May when Power hit the net. Since then, highlights have included the rip-roaring “Monster” (included on the final album), the Common heavy “Good Friday” (the highlight of the series and unfortunately omitted from …Fantasy) and the Beyonce and Charlie Wilson piece See Me Now. Releasing free music is hardly innovative, while plenty have gone down the route of releasing tracks periodically, but never before has such a consistent batch been released. Had these been released as singles, the vast majority would have charted very well.

Finally, though, the completed work of My Beautiful Dark Twisted Fantasy has been released. And what a work it is. Heard those 10/10 reviews from Pitchfork? Those calls of “genius” from others? It’s all true – this is the record Kanye has always claimed he has been capable of making. The artist of his generation? This goes to prove it.

From the opener Dark Fantasy to the closer Who Will Survive in America?, the record plunges to the emotional depths that West’s work has often hinted at but never fully explored. He is laid bare here – the wounds from his mother’s death are open and bleeding all over the record.

Heavy on guest appearances and samples, the work is more similar to Kanye’s earlier albums that his most recent work, auto-tune ditched for free-form rapping. The instrumentation and organisation on the record is incredible though. Certain Jay-Z tracks have displayed genuine nous when it comes to arrangements (see: Ain’t No Love in the Heart of the City), but all too often modern hip-hop is lazily draped over pre-determined samples.

Each track is approached as an individual work of art, each has the feel that they were given as much attention as the last.

Opener Dark Fantasy includes two of the factors that crop up again in album highlights – appearances from Nicki Minaj and Justin Vernon of Bon Iver. Minaj opens the work in a faux-British accent, while the sample of Vernon’s vocal is floated about the rap propagated by West himself. Legend drives the near-eight minute long piano ballad Blame Game that culminates in a Chris Rock driven skit (more entertaining than I’d anticipated!), while Minaj totally steals the show on the albums best track Monster – though the song has been doing the rounds for quite some time now. Her aggressive, autobiographical rap in the song’s mid-section is mesmerising. It makes you sit up and listen – something that cannot be said for a lot of the work put out by hip-hop’s heavyweights lately.

The album comes to a close with the Bon Iver sampling Lost in the World and the Gil Scott-Heron track Who Will Survive in America? The tracks run together to create a blinding political commentary, but also a catchy and innovative pop song.

Despite the high standard of a lot of these appearances, the star of the show is Mr. West. His movement onto twitter finally gave him a mouthpiece for his inane rants allowing the music to finally be just that – music. Anything unnecessary was cut, anything that didn’t enhance the listening experience was left out.

This is the record that many hip-hop acts have threatened to make. Creative genius, innovative and shamelessly open: My Beautiful Dark Twisted Fantasy has enshrined Kanye West in the company of those that he has always claimed to be on a par with.