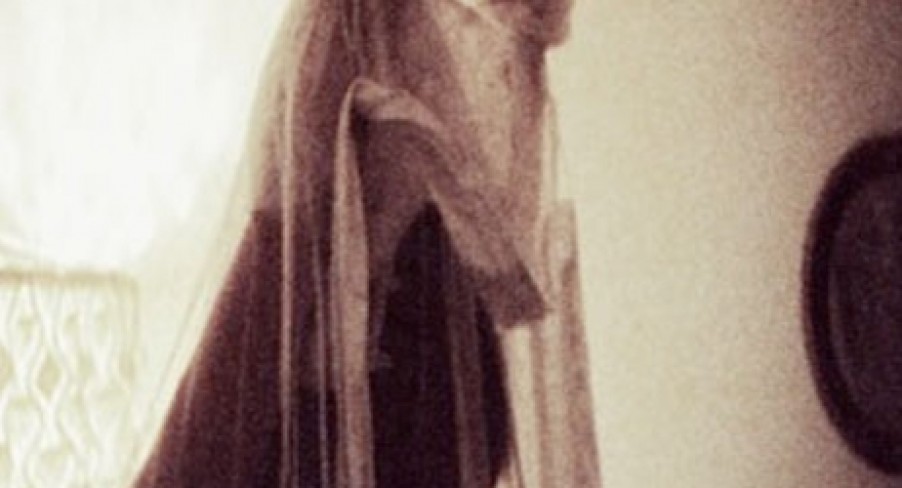 Yes, his stage name is oOoOO. We’re not really sure how to pronounce it. It might be all in the intonation, it might just be a general ooh, or indeed it might be a ghostly utterance as suggested by the artwork. Who knOws?

It’s the kind of stuff that an undead raver would be dancing too, or a hip-hop spectre might bust a move to. It’s slow, but these days slow is cool. Even Justin Bieber is rendered cool when it’s slow. It reminds me very much of Zola Jesus, who released a really great record this year. And it owes a bit to Jónsi. Anyways, there’s 7 tracks on the MySpace for your listening pleasure.