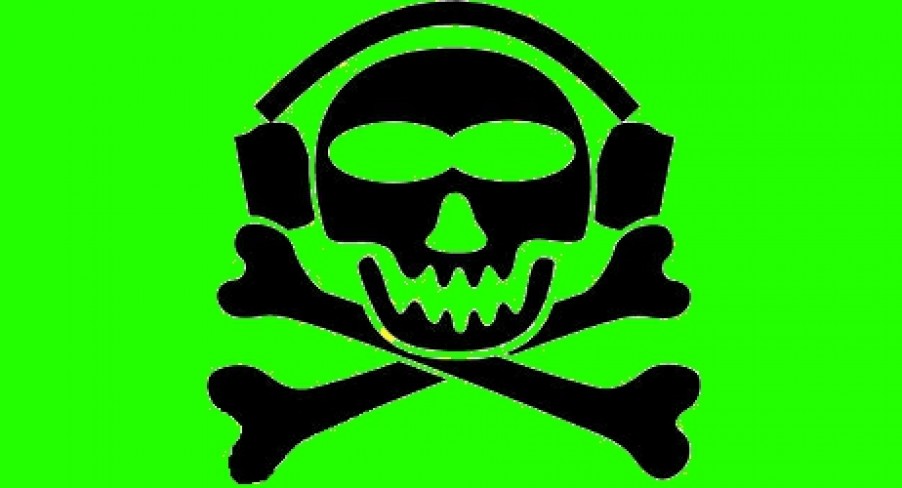 The ever awful Luke Lewis over on NME recently posted a blog asking whether we would ever feel nostalgia for the downloading age in the same way that people currently yearn for vinyl and, to an extent, cassettes. Since reading the piece, my mind has been tossing and turning with regard to the state of the music industry and the role of downloading, both legal and illegal.

Everyone is aware of the damaging side of the illegal downloading craze. The industry lost millions: acts, record companies, etc. have been irreparably damaged and the music industry changed forever.

Napster, Pirate Bay and Limewire have all found the consequences of their actions: Sean Parker was sued for millions, the Pirate Bay creators are currently in prison, while Limewire is presently going through a similar case. However, the creator of the site still maintains that the site is open for business – none of these are going without a fight. And, understandably so. Are the creators of these sites responsible for the distribution of music and the increase of peer-to-peer sharing? Yes, but not wholly so. You, me and everyone else who has ever downloaded so much as one track without prior permission of the artist are just as culpable. If we stopped, everything would stop. Of course, the “trade” is far too developed for this to ever actually occur now.

In Ireland, the ‘three strikes’ rule is slowly taking shape. I have, as yet, only experienced Eircom actually enforcing the rule: a friend of mine proudly announced via Facebook that he had received his first strike in the post and would continue to download all he could get his hands on until his second strike came through the door. His solution then? Switch internet providers. God forbid he pay for the music he loves.

Ironically, this guy is a musician doing his best to break-out with a variety of underground bands.

There are certain benefits to be seen from the effects of the downloading craze, though. Artists are now more willing than ever to accommodate fans and bloggers – I caught James Vincent McMorrow in the Pavilion last Friday night and spent a good five minutes after the show chatting to him about the performance, his recent tour in America and the total exhaustion that he was enduring. All of this, in between giving out copies of his ‘America-only EP’ and promising to email free tracks to everyone who put their name on a list as his limited edition vinyl hadn’t arrived on time.

Of course, not all musicians are as accommodating, though it seems that now more than ever artists are realising the importance of their fans. The music is not selling in droves, though the performances still are. Lady Gaga played a series of sold out shows in Dublin last week, and I heard a story of her collecting three waiting girls from a bus-stop in the pouring rain and bringing them to the O2 herself. It seems that even the most successful female artist in the world at the moment realises that her fans are crucial to her success.

Is this all caused by downloading? Well peer-to-peer sharing led to huge falls in record sales and, therefore, a rise in the importance of live shows. Fans are less forgiving when it comes to bad performances (see: the sh*t-storm that erupted after Guns ‘n Roses in the O2, Kings of Leon and the pigeon sh*t episode, etc.), bad interaction and just general bad behaviour – expectations have risen.

All of this reverts back to Mr. Lewis’ question on nme.com, however. Will we feel nostalgic for downloading in the future?

Well that’s an exceptionally difficult question to answer when we are still in the midst of the pandemic/golden age (depending on your perspective).

On the one hand, I find it hard to believe that I could miss something intangible. I can’t hold an MP3 in my hands in the way that I can hold a CD or vinyl. That is a factor – I still get giddy unwrapping the plastic of a compact disc. Oddly enough, pressing “save target as…” doesn’t have the same appeal. Of course, it seems as though the happy medium is streaming. Websites such as spotify offer to opportunity to listen to huge libraries of music without actually downloading. It gives you the opportunity to listen to the new album from, say, Warpaint and consider whether to buy it or not (Do… It’s fantastic), while also allowing you to escape such messes as “Come Around Sundown”…

There is a problem with this though. Try access spotify. Go on. We’ll wait here for you.

And you’re back? Yeah. Well if you are in Ireland like me, you aren’t exactly pleased with what you found. Spotify is unavailable here. That doesn’t exactly leave us with too many alternatives, does it?

The whole system is flawed. No we shouldn’t be able to download the entire life works of an artist with the click of a button, but at the same time there should be ways to enjoy music without shelling out top dollar (or euro).

Will we be nostalgic when (if) the age of MP3 implodes? Perhaps. But only because if things stay the way they are right now, it will be because the ability to enjoy new music will be a privileged enjoyed by those who can afford it, and not those who truly love it.