Horror Comedies… The Best Of 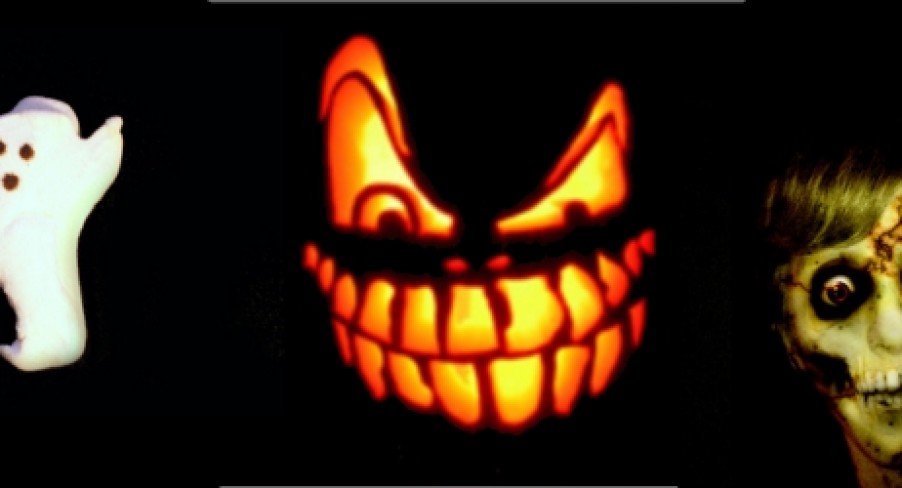 Halloween isn’t only the season for horror lovers. If you’re not one for the scares and thrills and would prefer to kick back with a few guffaws, the horror comedy is the way to go! This way everybody wins. This genre is becoming more and more popular, but many miss the mark and fall beyond the realm of being funny on purpose. I could list so many bad, bad horror movies that are funny for all the wrong reasons but I think this list will serve you better. So here’s a collection of some of the best in hilarious horror and funny frights.

Nathan Fillion is the Sheriff of a small town where things start to get a little strange. I have a feeling you didn’t read anything past ‘Nathan Fillion’, and that’s just fine! The cast all bring their A game and provide some great comedy moments, while the rest of the movie is guaranteed to gross you out. Fillion is all the more shiny when paired with writer & director James Gunn.

An obscure movie gem. This isn’t just a zom-com, it’s also a musical. The narrative is helped along by Zach Selwyn and his guitar and let me tell you, these songs will be stuck in your head for days! For it being a little known film it’s got a great cast including David Carradine and his niece, Ever, Jeffrey Dean Morgan, Portia de Rossi and Jeremy Sisto.

Most of you probably know all about this one. Woody Harrelson starred in one of his finest roles to date. It even made us all silently hope for a zombie apocalypse just because they made it look so darn fun, and taught us some tricks of the ghoul killing business to boot. Maybe that was just me… but it was a great film!

I should hope this will need no introduction. Bruce. Camp- In fact, all you should need is Bruce. There’s only one important one (sorry, Batman). Campbell secured his place in cult movie history with this one and the iconic character, Ash. It’s deliciously tongue-in-cheek and oh so B-Movie, while still being pretty creepsome. This was filmmaking done right.

Bruce is back and groovier than ever in the final instalment of the Evil Dead trilogy. In this one he actually goes medieval on the Deadites’ collective ass, in a very literal sense. This movie offers the extra treat of having two Ashes! That’s double the puns and quick witted lines. It’s even double the chin!

This was Robert Rodriguez’s contribution to the Grindhouse project in 2007. Distorted and burnt film. Dramatically delivered lines. Stunning heroics. Ghouls. Explosions. Girls with machine gun legs. Hmm… I think that last one is reason enough to check this one out.

A classic in horror comedies! Following a near death experience, Michael J. Fox’s character is able to communicate with ghosts. Of course, he uses this power to take money from folks for “exorcising” their homes of ghosts – i.e. his friends. Although this is a funny film, it does get pretty dark and scare the ever loving out of me when I was younger! Peter Jackson directed and had a talent for the genre with his early movie, Braindead which is also worth a watch. Be warned, that one’s a nasty one.

Ah, for the days when Tim Burton did good. Beetlejuice is a staple in every movie lover’s diet. It’s funny, spooky, weird, fantastical and all in the right amounts! I could only think of one clip to add to this list, you all know what it is.

The Cryptkeeper is an icon. That voice, the puns and his maniacal cackle all made him a great host. This was the first movie from Tales From The Crypt and it’s an old favourite of mine. Billy Zane as a demon cowboy? Um, yes! William Sadler fighting for good? Sure, throw that in too! What else have you got? Just watch it and find out!

Who ya gonna call? You know who. The Ghostbusters movies are two of the best comedies ever. Plain and simple. They’ve also got it’s fair share of jumps and spooks. It’s a must see for everyone, young and old, and fits in perfectly to a Halloween movie night just as well as Friday the 13th.

Shaun of the Dead

Edgar Wright’s Shaun was the film that kind of reintroduced the zom-com back into the mainstream. People were rather surprised by it when it came out. And rightly so, it’s awesome! Simon Pegg, Nick Frost and some of Britain, and Ireland’s, comedic greats are all in this film, fighting against the hordes of the undead. Unfortunately, YouTube kind of sucks for getting clips of it, so the trailer will have to suffice. All the more reason to watch it if you haven’t already.

Yes, it’s not a euphemism, it really is about his penis. After a freak accident on set (It’s a deserted, snowy forest. This is what horror film gold is made of) of an adult movie, Ron’s penis becomes possessed by a hostile alien, detaches itself and goes on a rampage, literally screwing women to death. One even by mouth. It’s not so much a frightfest, but rather a cringefest and a truly laugh-out-loud spectacular event in filmmaking. And best of all, it has Amber Benson, who manages to survive the rape and it’s kinda implied that she’s pregnant and keeping it, and Pop Culture Monster hopes this signals a possible sequel. PLEASE!

Enjoy the trailer in all its high definition *ahem* glory below…