Papa Roach Time For Annihilation: On the Record & On the Road Review 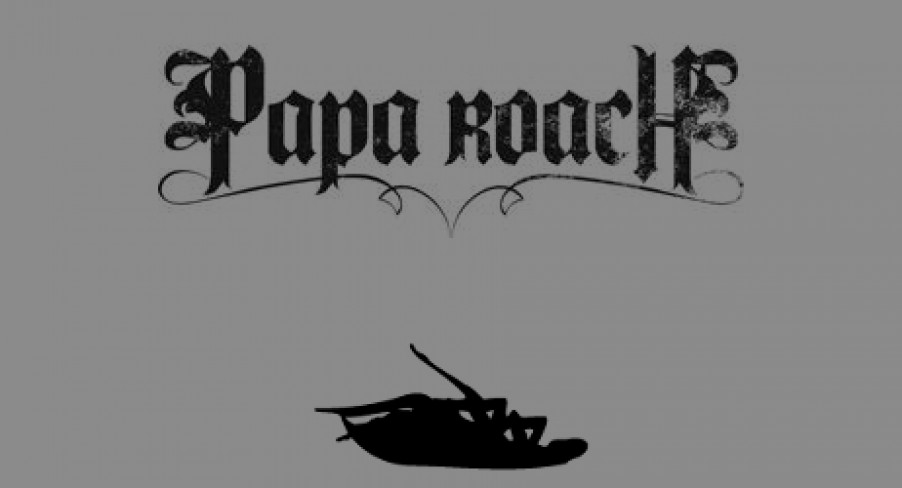 Way back when nu-metal was the ‘It’ sound for anguished rockers, believe it or not, Papa Roach was one of the few bands that stood out. Breaking through the underground and onto the mainstream with a hit album and single, both entitled, Infest, they provided a uniqueness that was oh-so lacking. Then-rapper Jacoby Shaddix (aka Coby Dick, at the time) told us that his ‘God given talent is to rock all the nations’ but after the commercial flop that was Lovehatetragedy in 2002 they veered off the nu-metal track and into the radio-station safe yet catchy rock region without ever looking back.

A compilation of their hits was released in June by their former record label Geffen Records after the band switched to Eleven Seven Music. The band urged fans not to buy …To Be Loved: The Best of Papa Roach, explaining it in a post on their website. So in August came the authorised semi-greatest hits, a collection of the new and old, Time for Annihilation: on the Record and on the Road. The album’s title is a direct line from The Paramour Sessions’ number Crash, a song that features nowhere on the record but Shaddix accredits the album’s title their pre-show gearing up chant. Time for Annihilation contains five new tracks, nine live classics, a DVD including the music video and live performance of Kick in the Teeth, an inside look at the band and photo galleries.

Together with producer David Bendeth, who has previously worked with the likes of 12 Stones, Madina Lake and Fightstar, they’ve assembled a collection of tracks that compliment the few select classics that they’ve chosen to appear. Shaddix says it ‘seals the gap between the current and the classics’ so there’s no real shocker in how the album takes off with the song, Burn. It could be taken as a track from the Getting Away with Murder to Metamorphosis era but it’s actually shiny and new. Saying this, Burn opens with album with a heft of heavy rifts which will make you bob you head and possibly tap your feet, all courtesy of guitarist Jerry Horton, bassist Tobin Esperance and drummer Palermo. But you’ll either raise an eyebrow or gloss over Shaddix who talks of betrayal sounding ever so slightly unhinged as he yells ‘I want to watch you burn’. One Track Mind is much like the first track. Again, there’s zilch in the new category. They even add the cliché that’s encapsulated Hollywood by storm as Shaddix ponders ‘Sex addicts, drunks and vampires. They permeate my life. Don’t know which one I’m going to be tonight.’ This song tries its darnedest to appear heavy with Shaddix screaming, Horton and Esperance gaining momentum and Palermo thrashing those drums but it seems a tad forced. It has Bendeth’s feel and I can now connect the dots with his other collaborators – catchy songs but forgettable. The single Kick in the Teeth serves up something that’s just a little short of reaching the anthemic status the band were aiming for. The song tells a tale, fingers crossed in hope that their listeners can relate. So, have you ever trudged through life when it seems like everything is trying to keep you down? … Yeah, I know, it’s as simplistic as they come especially when they delve into the inspirational part, ‘what doesn’t kill me only will make me stronger’. Next is a rock-ballad No Matter What which is the highlight of the record. It’s also the lightest song, not that it fails to have a rockstar moment permitting solos from Horton and Esperance. The song allows Shaddix to show that he does, if truth be told, have a gentler side even if it’s beneath layers of belligerent, explosive, volatile and psychotic tendencies. Had No Matter What appeared as a live track, its to safe be said that you could picture the crowd swaying with lighters in hand. The fifth and concluding track is The Enemy. It bursts out just as we’ve begun to settle down and is certainly one of the better songs on the record. The Enemy is reminiscent of their early stuff but in place of a longed-for rap, Shaddix wails that angst-ridden line ‘I’m running from the enemy inside’.

At a first looks’ notice, combining the newly recorded with the live classics seems a strange mixture even if this album is only here to appease their new label, or fans, or to bridge some gap. The inclusion of the live tracks is put into plain words by Shaddix. It’s because they’re ‘the type of band that can bring the arena vibe to the club and the club vibe to the arena’. Even if you’re sat at home listening to them, very few are going to be able to deny Shaddix’s charisma whilst performing even when he’s in the confines of a recording booth. Luckily for the band, the new tracks fit seamlessly with the Papa Roach staples. The live section contains hits from Infest, Getting Away with Murder, The Paramour Session and Metamorphosis while 2002’s flop, Lovehatetragedy, doesn’t garner a mention. Getting Away with Murder’s title track kicks us off. The band elongates the opening, teasing both us and the crowd. It’s followed well known tunes …To Be Loved, Lifeline, Scars, Hollywood Whore, Time is Running Out, Forever, Between Angel and Insects, Last Resort, I Almost Told You That I Loved You and Dead Cell. The only appearances of their nu-metal rap-rock days show up at the end of the record and these are to suffice those who are hungry for the band’s old school ways. The crowd sounds pleased to hear the intro for Between Angels and Insects but it’s nothing compared to when they hear Shaddix shout “Cut my life onto pieces, this is my last resort”. The audience erupts and finishes the verse with him. Here, Shaddix interrupts the live tracks with a recorded message for an organisation called WhyHunger. He asks fans to ‘Take out your cell phone and text ‘Why’ to 90999 to donate $5 to help fight hunger and poverty.’

The 2000-03 sound of Infest and Lovehatetragedy has long been abandoned by the group and it’s undeniable that their lyrics and sound has regressed in terms of their early brazenness. Despite this Papa Roach are still going strong. Unlike their peers, most of whom have dropped by the wayside, they’ve been able to sustain a career which has resulted in over eight million records sold worldwide. It’s just unsettling that they felt that they had to revert to the generic side to accomplish that. Sure, they can still write potent yet catchy rock songs but since they’ve buried what they consider to be their failure, it seems they’re much more comfortable not testing the industry like they once did.  Time for Annihilation is a keep-sake for anyone who has blissfully followed the band from the beginning regardless of their change but if you were hoping for the old vibe’s return, Time for Annihilation’s new tracks aren’t to be relied on. Though you can enjoy the few chosen classics of their forgotten days.