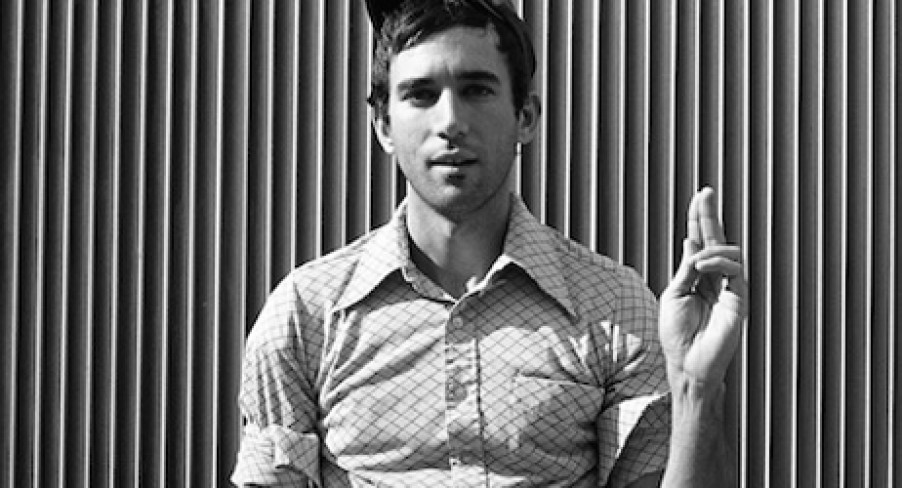 In 2005 Sufjan Stevens completed his breakthrough release Illinois. A concept album based around the US state, it was the second in his proposed series to release a record for each of the fifty American states (the first was Michigan).

Since then, however, the enigmatic singer-songwriter has pursued more obscure projects, including an outtakes album, a Christmas album and an album inspired by the Brooklyn-Queens Expressway in New York.

Earlier this year, Stevens confirmed that his proposed “50 states project” was a publicity stunt. Given the depth of research required for each album, even the most naïve fan can’t have believed that the project would ever be completed.

Several vague statements came from the Sufjan camp early this year, sparking rumours of early retirement, though these abated in September when Stevens released the All Delighted People EP and confirmed the release of his latest full-length “conventional” album, entitled The Age of Adz (Pronounced “Odds”).

Typical Sufjan fashion dictates that even the release of conventional records has to be unconventional. With two coming in the space of a few weeks, expectations were high. The title track of the EP hinted at a similar sound to his biggest hit to date, Chicago, a broad orchestral song that appeared in “Little Miss Sunshine”.

When the album appeared on website NPR last week it was clear, however, that it marked a departure from Sufjan’s breakthrough albums, returning to the electronic sound of early work such as 2001’s Enjoy Your Rabbit (a record inspired by the signs of the Chinese Zodiac). Drum machines are aplenty, while the music is expansive in parts, dwarfing Sufjan’s voice.

Sufjan remarked earlier this year that he was “sick of his own voice” and seems to be trying to disguise it here. There is so much going on in the background that it is difficult to focus on what Sufjan is saying – the mesh of flutes and trumpets, synthesisers, choirs and drum rhythms distracts from the man at the centre of it all. However, repeated listenings do reveal a certain charm existing at the core of the album. It is not as accessible as Illinois but it is nice to see that Sufjan has not forgotten what made his music stand out in the first place – it is the simple emotion that drives Sufjan’s sound. On “Bad Communication” he laments exactly what the title suggests: “I’ll talk, but I know you won’t listen to me.”

The first four tracks are the best on the album. The opener, “Futile Devices” is a commentary on his earlier work and his growing disdain toward his vocal, while “Too Much” is as accessible as the album gets. The title track is pretty similar to old style Sufjan. Driven by trumpets, strings and a choir, the track builds before turning to a simple piano driven ending. “I Walked”, too, is a high point. Driven by drum beats, the angst of a broken relationship is evident in a striking manner.

Unfortunately, however, the album begins to wane as it progresses. Each time I listen, I find my attention lagging as the tracks become more complex and almost void of the charm that drew me to Sufjan’s sound in the first place.

There is a lot to enjoy here and it is admirable to see Sufjan changing his sound with the times. It will probably deter those drawn in by the 50 states project, while affirming the support of those who have been there from the start. If nothing else, The Age of Adz has confirmed Sufjan’s reputation as one of the most innovative, creative and endearing artists releasing music today.