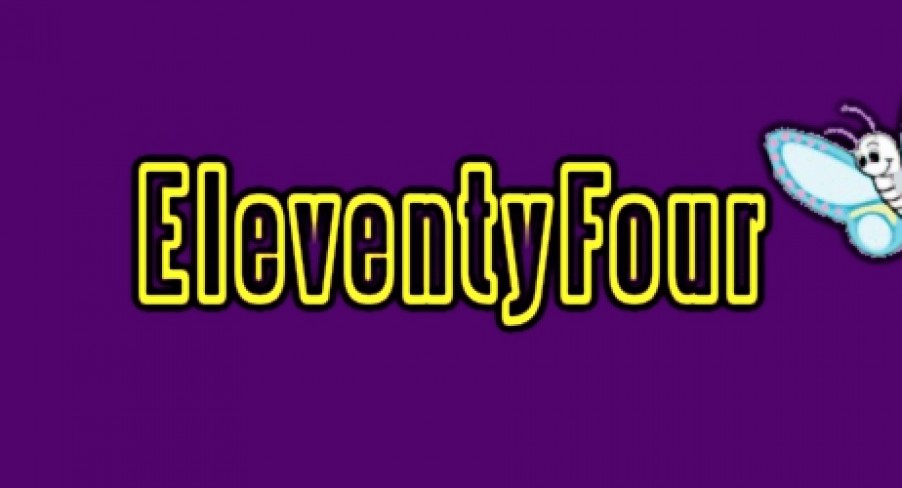 Insatiably cute with a very sharp humour, EleventyFour burst onto the Dublin music scene in her stolen forklift in 2008. Every one of her tracks will bring a smile to your face. Guaranteed. Her Dad thinks she’s better than Celine Dion, and as far as Pop Culture Monster’s concerned, she is. The bright and colourful lyrics are crafted with intelligence and with a turn of phrase rarely heard in songwriting. From The Cake Song to Greetings Earthling to The Friend Song, EleventyFour will bring you on a scenic, hilarious and colourful tour of life. Pop Culture Monster sat down with the star to talk gigging, the possibilty of making an album for kids and the Hard Working Class Heroes festival.

You have a pseudonym, kind of like a superhero- why is this? Are you keeping your secret identity totally secret? Where did EleventyFour come from?

I wish I had an interesting story! It was a username for MySpace, before I was even performing. I even tried EleventyFive, EleventySix before I found a free one. No great story. And I use my real name every day, so I think using this one on stage is good for a change.

When did you first pick up the guitar?

About 3 years ago, I was unemployed and there was a guitar in the flat I was living in at the time. Got a book on how to play, and then I played my first gig in March of the next year, kind of by accident!

What do you think the perks and pitfalls are of being a girl singer-songwriter?

Well, I’ve never been a boy singer-songwriter. Other people have preconceptions when they see you get up with a guitar, but they realise pretty quick that I’m not fluff. Well, I am fluff, but not boring fluff! Your music has been compared to that of Kimya Dawson, what do you make of that?

Over the frickin moon! I adore her – that was Jim Caroll, totally out of the blue, didn’t even realise I was on the radar at that point, I hadn’t been pushing to get noticed. I even put it on my business card! That all happened around the time I went to Holland, it all kind of snowballed, in a good way.

Tell us about the gigs in Holland, what brought you there?

My sister lives in Amsterdam, when I played there it really felt like an international gig, it was full of Iclandic and Spanish au-pairs! The Dutch get the lyrics, they’re almost better at speaking English than us. I was just starting to get into it seriously so playing internationally really helped with that.

You cite They Might Be Giants as some of your influences, would you ever consider getting into music for children, à la their album, Here Come the 123s?

It occurred to me when there were a load of kids at one of the gigs. It is a possibility; I’m pretty much open to everything… well, except Doom Metal!

Recently you had a gig with Elder Roche in the Mill Theatre, what was that like?

The Mill Studio is a lovely little venue to play. Candle lit tables and everybody listening intently. Elder was fabulous as always, he’s such a pro. I was a bit higgledy piggledy by comparison but apparently that’s part of my charm, or so I’m told anyway!

Coming up pretty soon you’ve got a gig with Hard Working Class Heroes, are you excited?

I’m so excited – I used to go to it every year. I even worked in the cloakroom in the first one in 2002. It was always on my calendar as something to go to, I can’t believe I’m part of it.

I’d probably try to make friends with it and feed it some Monster Munches instead but I would save my guitar of course! And my ‘Wearin the World’ atlas jacket which is a prized possession!

La Dolce Vita aka The Cake Song by eleventyfour