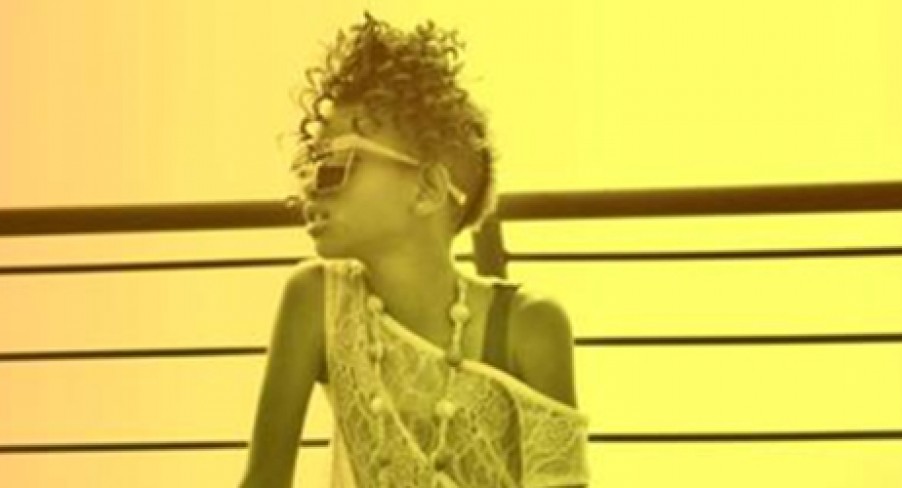 That’s Willow Smith. The 10 year old daughter of actor, singer, Fresh Prince Will Smith. Yes, the 10 year old has released a single. And it’s not half bad. Great voice on the little ‘un, who has modelled herself on Rhianna and is already being dubbed mini-Rhianna. Which is no complement because Rhianna is terrible and we all know that. She’s the vocal equivalent of a cheese grater to your brain.

But back to Willow and the song. It’s called Whip My Hair and it’s a techno-dance inspired R&B pop song which has elements of pure hip-hop thrown in to make a kid friendly, yet adult worthy track. It’s a little weird to imagine a ten year old making non-insipid Disney shit, but here’s proof it can be done. And she wrote it herself so fair props to her. It was produced and co-written by Jukebox.

She has just signed to Jay-Z’s Roc Nation record label so expect to hear a lot more from her. It’s just been released in the US so we’ll have to wait a while, if ever, for it to get here. But the internet is a magical and wonderful place, and Pop Culture Monster brings you the song right here…

On a side note, Pop Culture Monster has failed at life if 10 year old’s are making critically acclaimed pop tracks.