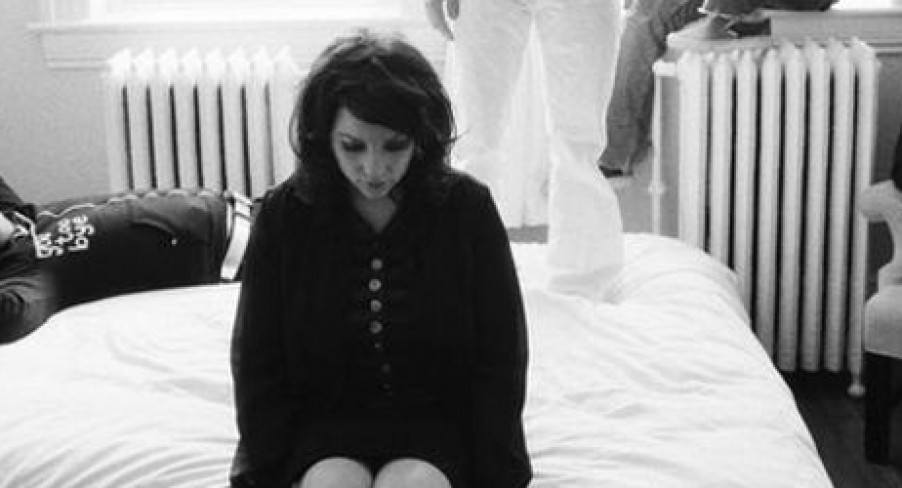 10 years, 5 studio albums, numerous EPs, babies, solo records and everything that  could possible come between. Oh and they’re all in more than one band. Yes, Stars have done a lot. And with the release of their 5th studio album Five Ghosts it only proves that they still have a lot more to give. Pop Culture Monster got the chance to sit down with the Canadian indie rock stars’ (ah, puns) front woman Amy Millan to talk solo careers, Ireland and babies. In that order.

Are the stories you tell in your songs mostly personal? Or where do they come from?

I love to watch people – Like at Electric Picnic, there was this guy just pissing in the middle of the field where the whole audience was sitting. His girlfriend started to cuss him out, both obviously pissed – I could write about them.  Would she end up knocked up with his dizzy jiz?  Would he end up pissing his life away?  Would they break up that night only to meet again at an Electric Picnic six years later and fall back in love?  People are fascinating creatures, I could watch them all day….

At Electric Picnic this year, you shot the audience… with confetti and showered them… with roses.  Are theatrics an important part of your live shows?

Evan Cranley is the man behind those theatrics.  He is a true showman, having played in bands since he was sixteen.  I think it suits us – the flowers are great because they always take me out of the black box – it makes the stage ours instead of us merely being visitors. Is there anyone you’d love to collaborate with?

Well I would have given anything to have been able to sing with Johnny Cash.  I wrote some songs for him, but he’s gone now and I was still just singing in my bedroom when it happened.  I’d love to work with a hard techno composer and just do loops of vocal hooks over intense beats —- anyone?  Oh and Jay-Z – I am obsessed with him.

How did writing for your solo record differ from writing with Stars?

I write all my own stuff on a porch by myself usually… my little Gibson and me.  Stars is full on collaboration – the music that Evan and Chris write opens up all sorts of new possibilities for me in terms of melody.

Can you talk about the music making process; how you create your sound? And why you choose to use such an array of instruments rarely heard on pop/rock records these days?

Evan, Chris and Patty go buy toys and then fiddle away.  We wanted a stark, cold sounding base with more emotive vocals layered on top.

How did releasing this album on your own label differ from the others?

The risk is ours because we paid for it, but that doesn’t seem to stop people from stealing it.  The release is a small affair compared to the live shows.  We have a great team behind the distribution, so we by no means do it alone. Have you any plans to return to Ireland in the coming year?

Probably not until the new year as Evan and I are having a baby – but I can’t tell you how much we love it there.  It feels like a second home.

Well-it used to be tequila, but now that I’m knocked up the importance of a great mascara and high kicks has increased to get my rock and roll on.  We like to sacrifice some avocados as well.