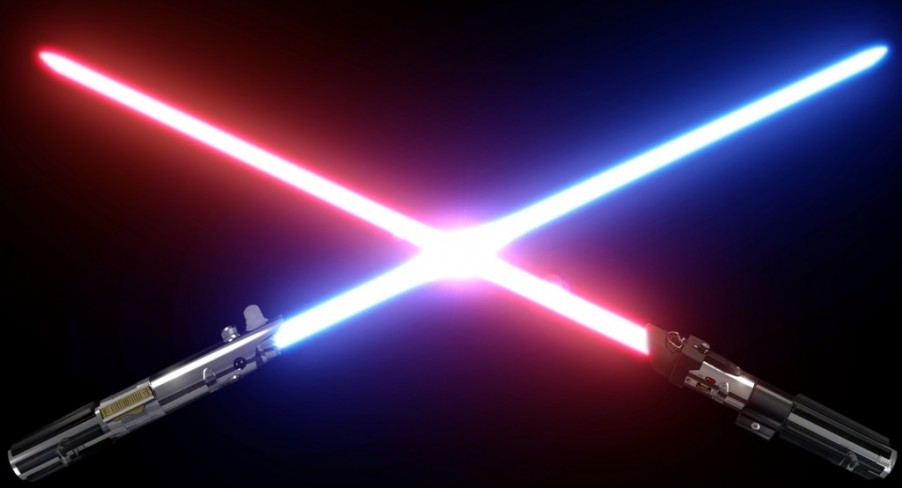 It looks like we may have Jedi & Sith Masters in the future, as scientists have accidentally discovered that Lightsabers, the weapon wielded by Skywalker, Yoda, Vader, and co, may one day exist beyond the realm of science fiction.

Harvard and MIT physicists writing in the new edition of Nature say they have discovered a way to bind photons together in order to form a new molecule which behaves almost exactly like a lightsaber.  Harvard professor Mikhail Lukin has this to say about the discovery,

“Most of the properties of light we know about originate from the fact that photons are massless and do not interact. What we have done is create a special type of medium in which photons interact with each other so strongly that they act as though they have mass, and bind together to form molecules. It’s not an in-apt analogy to compare this to lightsabers. When these photons interact with each other, they’re pushing against and deflect each other. The physics of what’s happening in these molecules is similar to what we see in the movies.”

Reports also suggest that the scientists have yet to start working on building an actual Lightsaber, and that the sound we all know and love has yet to be perfected, but one can only hope that it will begin in the near future. Hopefully, too, ThinkGeek will stock them when they do hit the market.

Fans have always been vocal about the invention of this weapon, and with the petition to the US Government to build a Death Star by 2016 shot down in glorious style last year, we will probably see a petition for this put forward very soon.