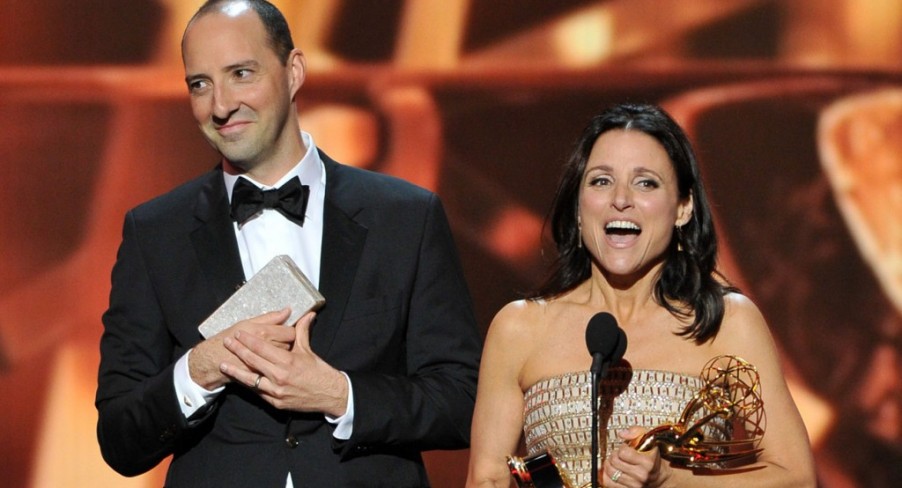 There were some big surprises, a few upsets and a couple of sure things at last night’s Emmy Awards. Breaking Bad and Anna Gunn made off with Drama Series and Supporting Actress, Drama Series, leaving Walt and Jesse with nothing to show for all their hard work.

Veep provided the cinderella story of the night, with Julia Louis-Dreyfus and Tony Hale bagging both the awards and the best gag of the evening.

30 Rock took home its final Emmy for Best Writing, Comedy, well deserved for going out on a high; and despite taking home the award for best comedy series, it seems the gild is off the Modern Family lily, with none of the cast receiving an award for the first year since its inception.

Some WTF wins of the night include Jeff Daniels for the widely maligned Newsroom and, even more shocking, James Cromwell in American Horror Story. Frankly the cast and crew of AHS should have had awards taken from them for the hot mess that was Asylum.

The full list of awards is below but just before we get on to that… nothing for Amy Poehler?

Miniseries or Movie – “Behind the Candelabra,” HBO.

Actor, Miniseries or Movie – Michael Douglas, “Behind the Candelabra,” HBO.

Directing, Miniseries or Movie – Steven Soderbergh, “Behind the Candelabra,” HBO.