5 TV Comedy Shows You Should Be Watching 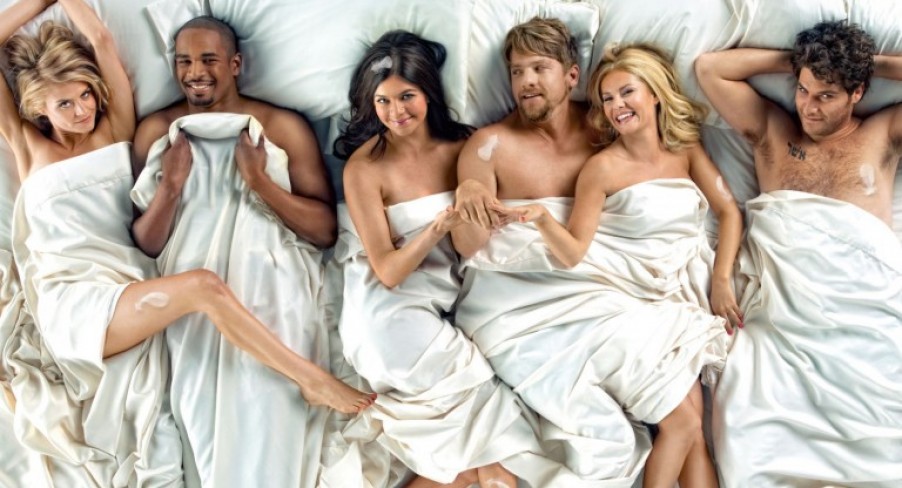 I recently discovered the brilliance of Gilmore Girls. I had, previously, brushed Gilmore Girls aside as Dawson’s Creek 2.0 with less people to be interested in. But oh how wrong I was. As Turk once said, “they talk so fast but they talk so true”. In my eyes the show, and particularly Lauren Graham, can do no wrong. Her delivery, her expressions and her timing are impeccable. Not to mention that without Lorelai Gilmore there would be no Nancy Botwin (Weeds). She is without a doubt the proto-Nancy. Or, more specifically, Nancy Botwin is what would happen if Lorelai Gilmore went bad. I made this comparison in the pilot episode, only to realise that Jenji Kohan (creator of Weeds) is a producer. Without tooting my own horn about how wonderfully incisive I am for too long, it is without any hesitation that I declare that I am now a fully fledged, paying member of both the I ♥ Gilmore Girls and the I ♥ Lauren Graham clubs.

There is a reason I just shared with you my inner most feelings on (the spectacularly wonderful) show that is Gilmore Girls and that is that I wish there was somebody around me at the time when it was first airing to tell me, “dude, you gotta watch this show!”. There are a lot of great television shows that go by never reaching past cult status. Sometimes that suits the type of show that it is, but a lot of the time it’s just plain bad form on our part as viewers. I realise you can’t watch everything no matter how hard you try, but you’ve got to at least give these next 5 TV shows you should be watching a chance. For you will not regret it. From the (severly) bewildering mind of SNL veteran Fred Armison and musician/writer/actor (who you’ve probably never heard of unless you already watch the show in which case, you can skip to the next one) Carrie Brownstein comes satirical sketch comedy at its best. If you like your TV confusing, with widespread unstable characters and several notable guest stars, then this is the show for you. Okay, okay. So this show is pretty well known and respected now around the world following its syndication and all those award wins. However, there are still people out there that have yet to cop on to its brilliance. On the surface, Girls could appear to just be an HBO 20-something follow-up to its 30(ahem)-something comedy Sex and the City. I mean, yes it’s set in NYC. Yes, it’s about a bunch of girls who are friends. And yes, there’s a lot of sex. But that’s where the similarities end. Girls is grittier, fresher and far more bawdy. Nobody lives in apartments that they could in no way afford considering their job. Nobody has any fashion vices that they could in no way fund considering their job. And nobody makes anything out to be glitzier and sexier than it actually is. Running the show is Lena Dunham who, as far as I’m concerned, has wholly cemented her place as a voice for a generation. Reality bites hard, and Girls just puts a mirror up to it. Several British TV comedies have made a successful transfer to a US remake, notably The Office and Shameless. Veep is not actually a remake per se, it’s more of a transfer of style. The style being that of The Thick of It. The series follows Selena Meyer, the fictional Vice President of the United States in all her splendid, candid glory. Julia Louis-Dreyfus has already won an Emmy for her role, and that is well deserved. Herself and Tony Hale could hold the show by themselves.  And remember, this is HBO so expect something close to TToI in terms of swearing. Dammit, Jerry! Parks and Recreation is the sort-of-sister of The Office – its far superior sort-of-sister. There’s 5 seasons of this, and yet it goes without a single big award win. In fact, it’s been severely lacking in award nominations across the board. Its 4th season is some of the best TV you’ll ever see. Amy Poehler has had a few Emmy & Golden Globe nods, but never won. They seem almost cursory at this point, but she deserves so much more. Perhaps after her stint as the Globes’s host this year she will fare better with the voters. However, what’s most appalling is the lack of love for Nick Offerman as Ron Swanson, hero to all mankind. Nick Offerman should have all the awards, if only for having the best run on television. Ever. This is a real hidden gem. A lot of folks dismissed the whole show based on its first season. And for that, I can’t really blame them. But as many great TV shows have shown us throughout the years, you can’t base a whole TV show on its first season (hello, Buffy?). Okay, so it was a rocky Friends clone at the beginning, but from Season 2 onwards, it has hit the comedy ground running. Like Usain Bolt. It’s officially* the best show on TV right now, without a doubt. It’s bizarre, it’s fun, it’s jam-packed with gags and every character (except possibly Dave) has their part to play in the comedy stakes. The writers took what they had in the first season, stripped it of everything bar character names and actors and turned it on its head. And it worked like magic. Unfortunately, even though it has made it into the “Best Of” end of year lists of many critics, it still goes without any recognition from the powers that be at the big award shows. If Modern Family can sweep the board, this could do it with its eyes closed. I urge you all to watch this show. Especially if you watching it will count towards its ratings. It would be a crying shame if it were cancelled. Particular props have to go to the 3 leading ladies. This show is theirs.

*By “officially”, I mean in my most ardent opinion.