7 Things I Learned While Watching AHS 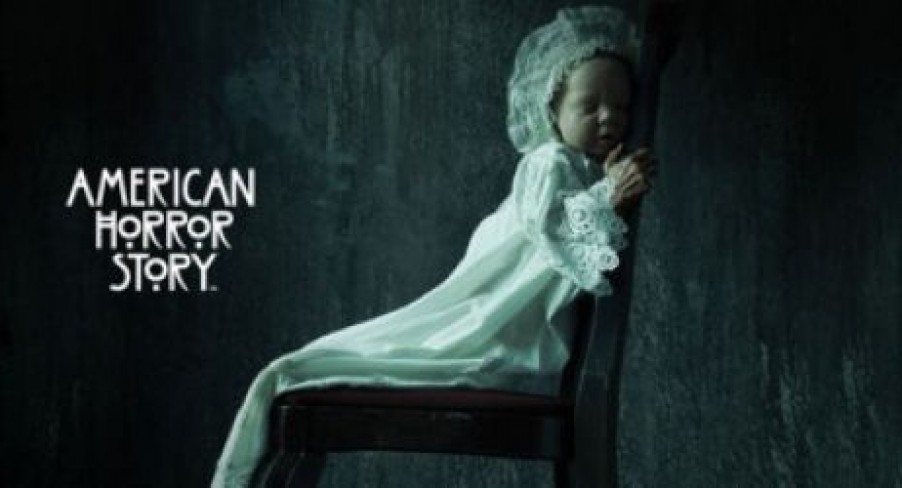 Fair warning: this post contains MAJOR SPOILERS for all episodes of American Horror Story season 1. So stop reading now if you haven’t seen it. Don’t blame me if you read on.

I remember seeing the poster for American Horror Story last year sometime and thinking “that looks interesting… and sexy.” And then I forgot about it, as you do. And it wasn’t until I was prompted to start watching it that I realised “this is interesting… and sexy. And scary. And WOAH THERE’S A LIZARD FOETUS INSIDE VIVIEN… KILL IT TILL IT DIES FROM IT!!” Anyway, this is the preface to the story of 7 Things I Learned While Watching American Horror Story.

Dylan McDermott is also 50 and I’m quite jealous of that. 3) Sometimes, if I wish for it hard enough, I can make people die.

The pilot started and I thought “oooh, creepy music, creepy house, aww cute kid, OMG WHAT IS THAT?! MAKE IT STOP.” Enter Troy and Bryan (Kai and Bodhi Schulz). The ginger twins. Twins freak me out anyway, but these two are horrendous. And they’re possibly the most annoying pieces of [redacted] I’ve ever seen. From the moment they stepped on screen I wished them dead. Dead so that I’d never see them again. Or hear their stupid voices. Or that infernal clacking of those stupid bangers over, and over, and… oh, look. Wishes do come true! Yay.

Sidenote: who the hell calls ginger kids Kai and Bodhi? Heath Ledger made his greatest performance as The Joker in Christopher Nolan’s The Dark Knight. But then he died. So what I’m proposing here is that if ever Nolan wants to bring The Joker back in any future film, Mena Suvari would be a great choice. 5) Dylan McDermott is a BAMF who isn’t afraid to cry.

In each of the first four episodes, without fail, Dylan McDermott cries. At least once. So much so that it turned into a semi-meme. You can check out some examples here. But as it turns out, throughout the season he manned up and became one hell of a BAMF. Suck it, Liam Neeson.

Apparently he’s known as the “Rubber Man” but I prefer to call him GimpGhost. 7) Ryan Murphy still knows how to make a good show.

If you know me, you know that I despise Glee with a somewhat unhealthy vigor. I’ve called it Plothole: The Musical, Cliché: The Musical, Turn that God Awful Racket Down and the list goes on. Every character is completely one dimensional and slots nicely into some stereotype. They introduce a new character and plotline in every episode (which is abandoned wholesale after 15 minutes). Oh and the singing is horrendous. Glee is on its 3rd season with no end in sight. No end to the absolute tripe it’s barfing onto your tv screens week in, week out.

However, if you cast your memories back to 1999’s teen dramarama Popular (which never saw a proper end… sigh) and 2003’s medical dramarama Nip/Tuck, you know that Ryan Murphy is capable of better than Glee. And here you have it. In the form American Horror Story. A compelling, scary, trashy (the good kind!) show that I, for one, can’t wait for a second season of.