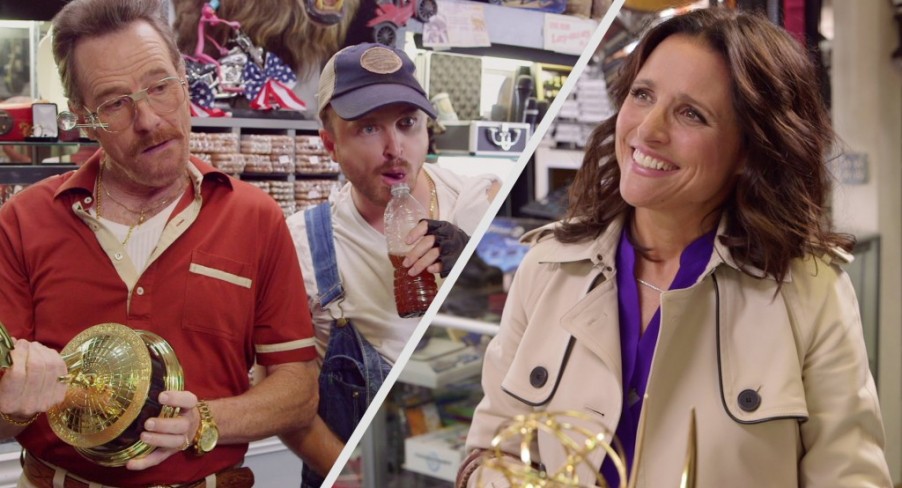 Walter and Jesse are back, bitches. But just for some Emmy fun. And they’re having fun with none other than Ms Julia Louis-Dreyfus. Walt and Jesse (or as they’re called here Buzz and Randy Jackson) are running a pawn shop called “Barely Legal Pawn”, and Julia is in to offload off one of her many Emmy awards to settle a little drunkenly-acquired debt. Comedy goddess Julia is, as always, perfect. She just seems like she’s the absolute best fun. And Bryan Cranston and Aaron Paul still have incredible on-screen chemistry. There’s lots of in-jokes and references, I especially love the exchange about Supporting Actor vs Lead Actor.

Kudos to everyone involved.