The Dangers of Binge-Watching 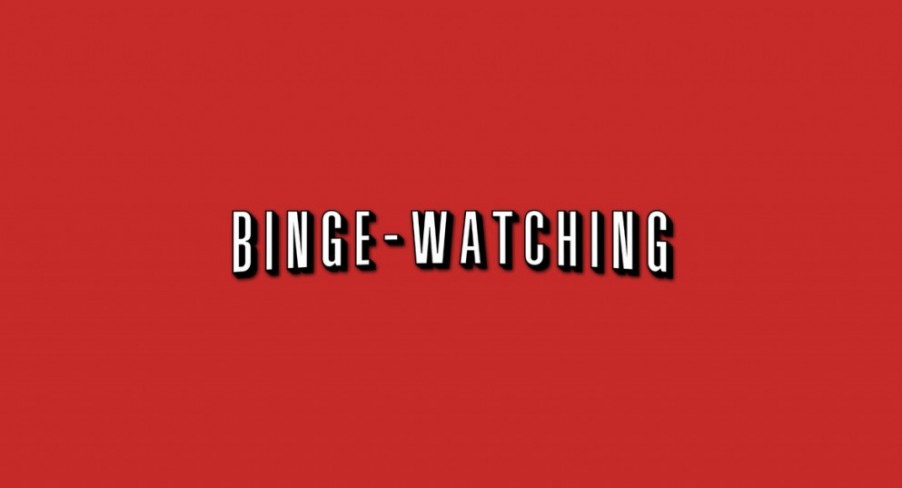 Has someone has just introduced you to a new show and now you’re totally hooked? Are all your regular shows on on hiatus, and you’re desperately searching for something to get you through? Has Netflix has asked you “Are you SURE you want to watch a 15th episode today? Seriously, you know that there is an outside…”?

Well listen up you binge-watcher, this PSA is just for you. Until now there hasn’t been such a serious PSA topic since that of “Swamp Ass“.  It is brought to you by EW, and features awesome celebrities such as Chris Pratt, Amy Poehler, Taylor Schilling, Nick Offerman, and Alyson Hannigan (and it also features some awful people like Larry Gergich. Seriously, who let that guy in? Dammit, Larry!) talking about Binge-Watching, urging you to practice safe bingeing.

Dos:
Stay hydrated.
Have some snacks. if you’re watching Veronica Mars,  let them be Marshmallows
Take breaks if you’re single (maybe take in the lovely Irish weather instead).
If you are streaming your content, have a good internet connection.

Don’ts:
Don’t cross contaminate shows while binge watching, stick to just the one.
Dabble in narcotics: this is how shows are written not watched.
Binge watch CNN. It has no start, it has no end.
Watch more than 13 episodes, which in the case of some shows may be a whole season.
As Chris Pratt aka Andy Dwyer (or Star Lord to all you who are only jumping on the “I Love Chris Pratt” bandwagon now) points out don’t spoil plot points for non-bingers. In other words don’t be Larry. (Oh god, I’m Larry!)
Don’t watch Lost (okay, I may have altered that one slightly – but it’s sound advice nonetheless).

If you are going to binge, do it right, do it responsibly, at least let your other half know. Post a Facebook status update so people won’t worry that you’re dead when you don’t answer their calls. I’m not dead, mom. Jeez. Just let people know, okay?

With all that said, now is the perfect time to binge watch Parks & Recreations if you haven’t already, what with its final season due to air in the Fall schedule. Or maybe Veronica Mars, and its very successful Kickstarter movie , and the upcoming web series Play It Again Dick premiering the week of September 15th.

Let us know what you’ve been binge-watching lately.