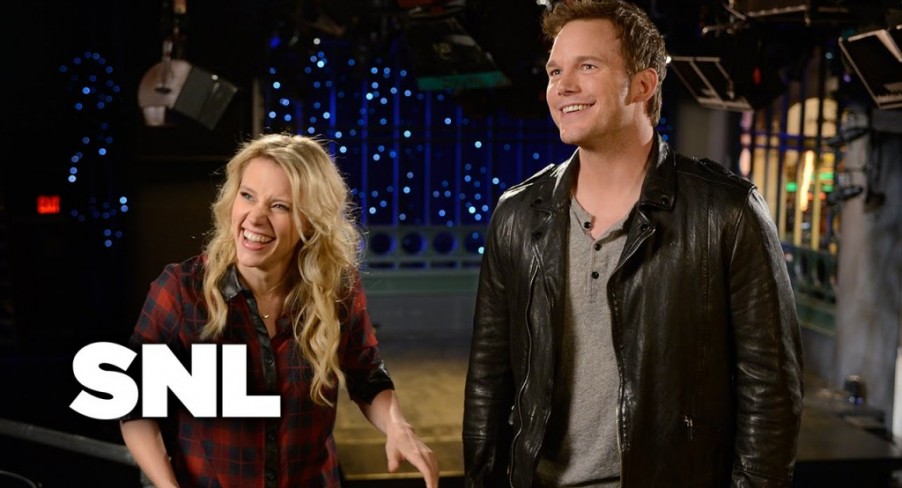 I’m beyond excited that Chris Pratt is the premiere host of season 40 of SNL. I’ve said it many, many times before that he should host given his comedy and improv prowess on Parks & Rec. And also that Amy is on there. She could’ve given a good word about him before now. Come on, Amy! Jeez.

Speaking of Amy Poehler, if she isn’t there on Saturday, I will hurt something precious to Lorne/Amy. That’s a lie, but I will be really miffed and I will say several times that I’m not happy about her not being there. Just be there, Amy, okay? Jeez.

The promos are usually funny, but these ones are particularly hilarious. Mostly because my favourite SNL cast member Kate McKinnon is absolutely killing it with the comedy she’s spittin’. I love how she has absolutely no fear whatsoever and just goes for it. She’s a great match for Chris, too, who also has absolutely no fear and throws himself around the Parks and Rec set on a regular basis.

I won’t even tell you my favourite bits, because I don’t want to ruin any of it for you. But seriously, if there isn’t a Last Orders sketch, I swear…