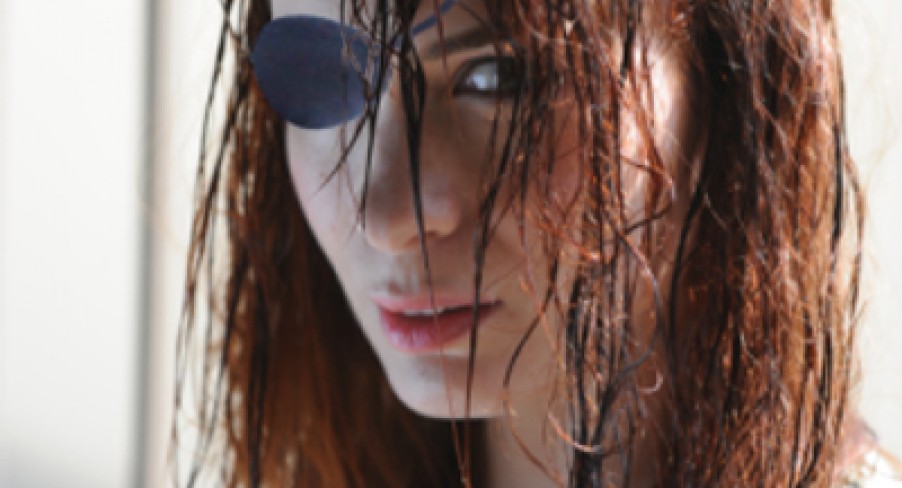 There are very few people who hate Felicia Day, however her martial arts master, arch nemesis Delicia Fay is one person who does. Constantly watching and commenting on each of her projects, making sure everyone knows how Felicia Day sucks. PopCultureMonster caught up with this sword wielding, eye patch wearing, delightful woman and she told us her story.

Well, who are we all really? People are switched at birth, best friends start resembling each other right before huge conflicts, someone takes out your eye and becomes the person you were destined to become, twins, brothers or directors or producers, clonings, parallel universes, time travel, reverse marketing by a very evil woman, and there is always that age-old fight of good versus evil, but who is good, and who is evil? Who is the Locke Monster and who is Jacob? Who knows? Who knows…

What angers you most about Felicia Day?

First, she loves cupcakes and kittens. GROSS! Second, the whole “eye” thing. Lastly, she has a secret agenda. She is evil and someone must expose this for the truth. And that she has depth perception. Oh, and did you see when she fired her director willy-nilly?  She needs to be stopped before she is able to take over the world.

How did she manage to take your right eye?

With her cunning guile… and a Spork. I think, it’s all a blur, I have a tape but it is in storage somewhere, I really need to find it, people really want to know it seems.

If you could replace your eye with anyone’s eye, who’s would it be?

Interesting question. Bionic woman? A real person? I could just take one of Felicia’s, then both my eyes would match, or maybe this woman. Can you imagine what I can do with one of those eyes?!? I can train myself for the dreaded Eye Punch, only one Chinese martial artist has ever successfully attempted this move and he is a distant uncle. I could also freak people out like Codex when Wade Wei had his movie makeup still on.

Are you related to Chinese martial artist Fu Wing Fay?

Distant uncle. Uncle Frank Fay gave me the acting bug, and Nathalie Fay is a distant cousin thrice removed. Uncle Frank is not actually related to me, but when I was little I saw he had my last name and so I read up on him. Felicia Day is kissing cousins with Carrot Top.

I try to keep up with all the latest games, but I do spend a good portion of my time trying to find paying work. The competition is fierce, way too many short red heads and “a set of eyes” is usually a requirement. I did get into some beta thing from the company Snowstorm… wait, Icestorm? The game is called Starcart, I think.

If you were a song, what would you be?

Maybe Pale by Within Temptation, or Meredith Brookes’ Bitch…

Have you ever watched The Guild? If so, what did you think of it?

I have watched it. Know thy enemy. I think she is lucky she has such an excellent supporting cast and crew. I do like how much time she spends on it, gives me more opportunities for work.

How would you change/improve it?

Codex is too weak for my tastes. I’d give her more of a Fawkes attitude. Also, an eye patch. I’d prefer an Axis of Anarchy spin-off! I don’t think Wil Wheaton is doing anything right now, right?

I wouldn’t have to; I’d scare it away with my new eye!

This is difficult for me to say, but the fact that people like Felicia Day exist where she can take something she is passionate about and make something out of it, while finding a group of people, actors and crew and even fans, willing to stand behind something so unknown and making it successful gives everyone hope to make their furthest dreams become realities. It is a labor of love, and this is why it has survived as long as it has. Just remember to always remain realistic as well, everyone on The Guild have real jobs to support themselves, it just so happens that those jobs are similar to the same. Also, Felicia Day sucks!