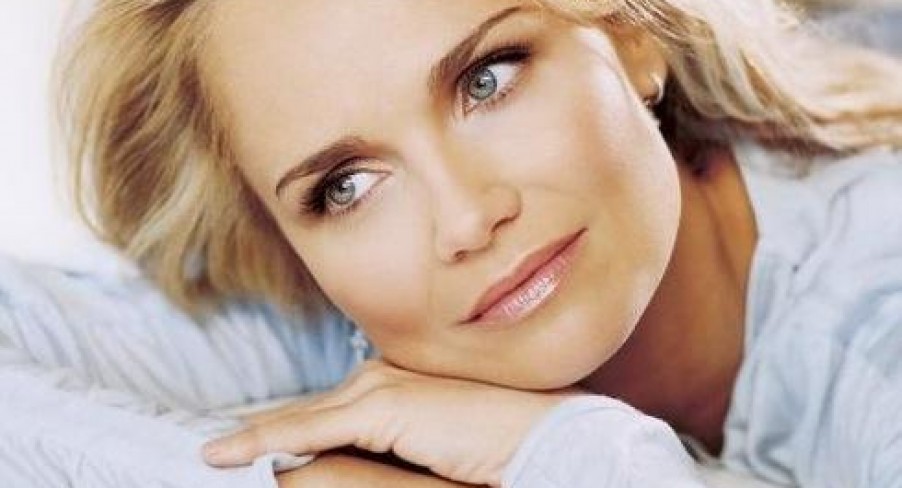 Broadway and Television star Kristin Chenoweth is best known for her sizable voice coupled with her less than sizeable stature. Standing barely 5ft tall, she more than makes up for it with her smooth timbred, powerful voice along with her very natural comedic timing and witty delivery. Kristin is a huge broadway star winning numerous awards including a Tony and a Drama Desk, and originating such roles as Glinda from Wicked. More and more over the past few years she has been very active in television work such as the critically acclaimed Pushing Daisies playing the uber cute, hopelessly romantic and funny Olive Snook, and Glee as April Rhodes the alcoholic ex-Glee club member and wanna-be Broadway star. PopCultureMonster has been a big fan of Kristin for a while, and got to have a good natter with the starlet this week about her roles both on and off stage.

How did you become involved in musical theatre?

When I was in high school I tried out for the musical and got the lead. I’d always sung in church, but I guess the MT bug bit me then.

Promises is going so well! We are selling out and the audiences love it.

What made you decide to take the part in the production?

I wanted to stretch as an artist. I knew the role of Fran was a challenge because people see me as a generally happy person, which I am. But there have been tough through times in my life too. Some that no one needs to know except those closest to me. I wanted to also get the chance to sing Bacharach/David music. And then there’s Neil Simon and Sean Hayes…plenty of good reasons! What’s your favourite song from the show?

My favorite song from the show is I’ll Never Fall In Love Again. I also play about 8 of the 14 guitar chords while singing.

How did you become involved with Pushing Daises?

Barry Sonnenfeld was directing the pilot and I believe he recommended me to Bryan Fuller. Then Brian and the producers caught me in The Apple Tree on B’way and hired me to play Olive.

What was your favourite Olive line?

Since all of the main cast could sing, was there ever the thought of doing a musical episode of Pushing Daisies?

I betcha Bryan would have done a musical episode if ABC hadn’t cancelled us.

GLEE equals fun! Ryan Murphy incorporates all the music so perfectly. And his team, not to mention the cast is amazing!!!

If you could sing with one person, living or otherwise, who would it be?

If I could sing with anyone, it would be Julie Andrews.

If you could play any part in any show what would it be? I’ve been blessed to play a lot of great roles. Someday I’d like to play Dolly in Hello Dolly.

On stage, you’re perhaps best known for Glinda. What was it like to originate a role like Glinda?

Getting to originate ANY role is the best gift an actor can be given. I’ve done most of that in my career. I love that people everywhere say “hey! I recognize your voice!! “. Glinda was and always will be very special to me heart.

Do you think you’ll ever play Glinda again?

I don’t know if I could play her again on B’way. I did it. It was the most awesome experience, but I look to the future!

Who is your favourite director to work with?

I could never name my favorite director because I’d like to work again.