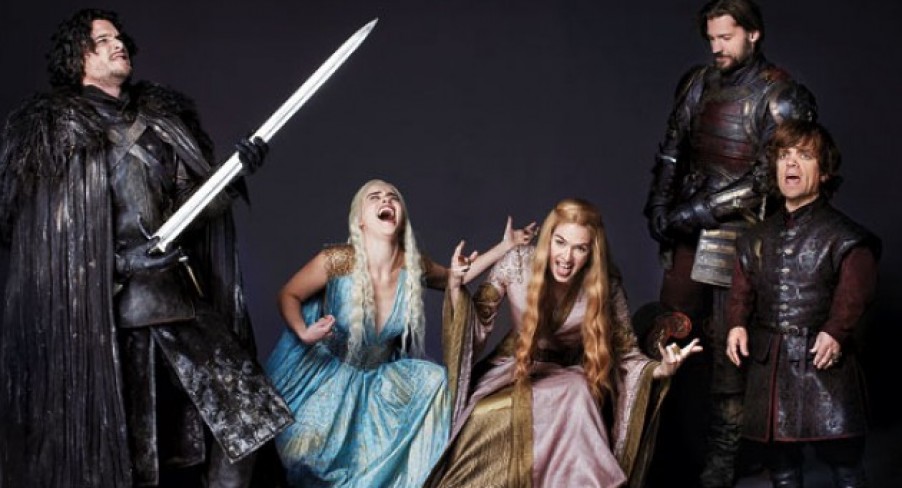 Expect spoilers for every episode that has aired so far! If you haven’t finished the series yet, turn back now. Go on, I won’t judge you.

Man, Comic-Con really gets the best things, doesn’t it? I mean, don’t even get me started on those Original Funko exclusives!

Considering the serious nature of the series, even if we do get hilarious recut scenes, Westeros and the Game of Thrones world doesn’t feel very funny. So it’s absolutely absurd when the actors break character. Yesterday, at the HBO Comic-Con panel, Game of Thrones saw fans overcome with excitement with a slew of announcements, including some Season 5 cast announcements. But it was the Season 4 blooper reel that really brought the house down. And why wouldn’t it? If even only for that Emilia Clarke bit.