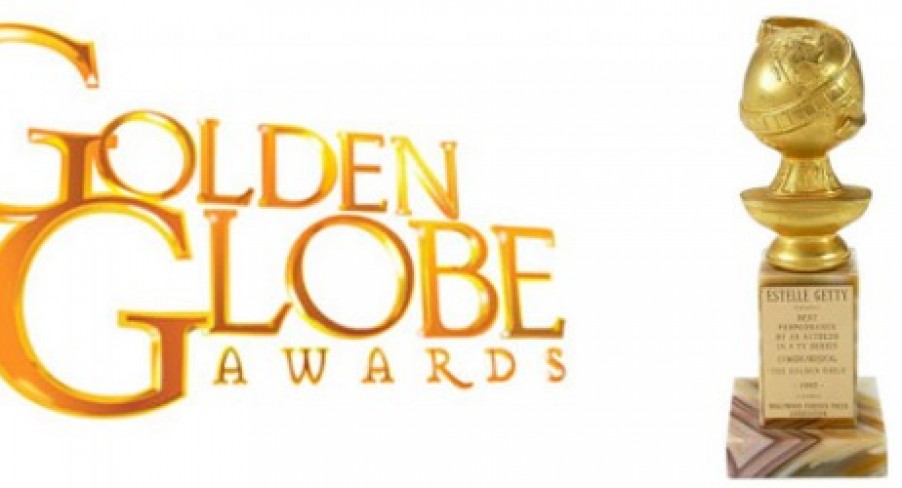 TV awards shows always get on my wick. And that’s because there’s so much great TV out there that goes completely without recognition. So many actors and actresses get snubbed. Particularly in the comedy categories. The Emmys are notorious for not nominating the less popular kids, and the Golden Globes are pretty much in the same vein.

Every year I held out hope for nominations for Amy Poehler and Nick Offerman for Parks and Recreation. Finally, they recognised Amy’s amazing turn as neurotic Leslie Knope. But alas, Nick and the show went (and still go) unrecognised and shows like Glee and New Girl get nominations. Then a little show called Happy Endings crept into my life. It was a don’t-really-have-to-think-too-much kind of comedy for its first season. It was enjoyable, but it was pretty much Friends repackaged. And then came its second season, which absolutely found its stride, wen’t full on crazy and all out LOL. In my mind it was only pipped to the post of Best Comedy by Season 4 of P&R. This year, most of the comedies out there have had pretty rocky starts. P&R has lost its way somewhat, and Modern Family is just, well, terrible. But where others have failed, Happy Endings has triumphed, upping its game even more from the previous season and claiming the coveted prize of best thing on TV this year. In my eyes, anyway. If you’re not watching it already, leave now and do. Get through the first season and you’ll be glad you kept watching.

And then there’s the perma-nominations for generally sub-par shows like 30 Rock and their stars Tina Fey and Alec Baldwin. Don’t get me wrong, I like Tina and Alec. I just don’t think that the show or the characters deserve even an eight of the recognition they get from these awards. But I’m absolutely digressing from the main point here, and that is to tell you who should and who will win at this year’s Golden Globes.

I hate Sienna Miller, so I’m probably biased when I say “ugh, her?”. But moving on, American Horror Story (season 1) changed the game. It was gripping, it was dynamic, it was a complete mess and it was all over the place, but I loved it. I anxiously awaited its return, with the brilliant teasers released in the weeks running up to its premiere. When I eventually sat back to enjoy it, it kind of pooped. I thought, “give it another chance, it’s only the premiere”. But so far, it’s done everything wrong. It’s got too many characters, too much weird crap that makes no sense, it doesn’t know when to stop with plot twists, it’s completely unbelievable (and I’m all for suspending disbelief) and it’s impossible to see the end goal of it all. The storylines are a mess, the characters are ridiculous and it’s fast becoming a “and then I woke up” kind of show. Even Jessica Lange has been (dare I say it) just… meh. The only great thing about it is Frances Conroy. Then again, Frances Conroy will be a great thing about any television show. I also fail to see why AHS:A is even nominated in this category. It’s not a mini-series. I believe it to be because they know the show is weak, but they still want the nominations. It’s a cheap tactic, but it obviously works. Anyway, on to who should and who will win? Let’s go with Julianne Moore because, well, she’s Julianne Frickin’ Moore, that’s why.

Okay, Cumberbitches, it’s rightly time your man got his recognition. This one’s for Benedict Cumberbatch. If for nothing else than his name.

Best Performance by an Actor in a Supporting Role in a Series, Mini-Series or Motion Picture Made for Television

First of all, how is Max Greenfield of New Girl nominated and Nick Offerman got snubbed? I can’t even. Modern Family’s most recent season has sucked, but Eric Stonestreet is still the best thing about it. However, it doesn’t mean he should have gotten nominated. Anyway, this is Mandy Patinkin‘s to lose. Although, he could lost it to Ed Harris. But it’s still unlikely.

Best Performance by an Actress in a Supporting Role in a Series, Mini-Series or Motion Picture Made for Television

Best Mini-Series or Motion Picture Made for Television

The HFPA (Hollywood Foreign Press Association) are predictable in that they generally vote for the mini-series that got the most (good) press or that got the best ratings. And that would be, Hatfields and McCoys. So let’s go with them.

Best Performance by an Actress in a Television Series, Comedy or Musical

This category is particularly hard to choose. Mostly because two of my favourite comedy performances of this year are up against each other. And that would be Julia Louis-Dreyfus and Amy Poehler. In saying that, Lena Dunham did impress me immensely with her brilliant HBO series Girls. What baffles me is how and why Zooey Deschanel is nominated. Seriously, why? What exactly is impressive about a run-of-the-mill, “quirky!” performance by a B-rate actor in a B-rate tv show, huh? Moving on. Who should win? Amy Poehler or Julia Louis-Dreyfus. Louis-Dreyfus won the Emmy, so she’s in with a better shot. Who will win? Probably Tina Fey, because it’s the last season of 30 Rock and she obviously doesn’t have enough of them already. Although, if the HFPA have any sense, they’ll just give her the nomination as a “thanks for the (few) laughs” and award it to someone who deserves it (*cough* Amy Poehler *cough*).

Best Performance by an Actor in a Television Series, Comedy or Musical

Again, Alec Baldwin gets his perma-nom for his one-trick performance. It’s kind of the same idea here as with the Actress category. He could probably clinch it because it’s the last season. I sincerely hope that doesn’t happen, because he already has 3 (and 2 Emmys) for the same role. If there is a God, it will get awarded to Louis C.K.  who both should and could win. It’s hard to call, though. We’ll have to see how sappy the HFPA were on the night.

Yep you read that right, Smash is nominated. Why? I have no idea. I mean, it’s a pretty terrible show. It has good songs, but it’s over-acted and badly scripted. Modern Family gets its nomination, which I also have no idea why. Where is Parks & Recreation, eh? Where is Happy Endings? Where is Veep? Out of this bunch, Girls should win. And, to be honest, it also probably also will win.

Best Performance by an Actress in a Television Series, Drama

What an underwhelming category. Where is Anna Gunn’s nomination? Anyway. Who should win? Connie Britton. Who will win? Claire Danes. Ugh.

Best Performance by an Actor in a Television Series, Drama

Let’s set this thing straight. Damian Lewis is probably going to win. We’re probably going to see a clean sweep for Homeland yet again. However, Bryan Cranston should win. He should win all the awards. For everything. If I were to pick someone to challenge Lewis, I’d have to pick Bryan or Jeff. Eenie meenie.

Saying who should win this one is easy. Breaking Bad all the way home with as many awards as it can possibly carry. And that’s because Homeland has been an absolute complete and utter mess. What they did right in the first season, they did horribly wrong in the second. It’s so difficult to follow and it’s completely unbelievable. However, I do think that’s it will still win. Because my opinion, and the opinion of most of the viewers out there, isn’t reflected.

Best Performance by an Actress in a Mini-Series or Motion Picture Made for Television – Julianne Moore, Game Change

Best Performance by an Actor in a Mini-Series or Motion Picture Made for Television – Benedict Cumberbatch, Sherlock

Best Performance by an Actor in a Supporting Role in a Series, Mini-Series or Motion Picture Made for Television – Mandy Patinkin, Homeland

Best Performance by an Actress in a Supporting Role in a Series, Mini-Series or Motion Picture Made for Television – Maggie Smith, Downton Abbey

Best Performance by an Actress in a Television Series, Comedy or Musical – Tina Fey, 30 Rock or Julia Louis-Dreyfus, Veep

Best Performance by an Actor in a Television Series, Comedy or Musical – Louis C.K., Louis

Best Performance by an Actress in a Television Series, Drama – Claire Danes, Homeland

Best Performance by an Actor in a Television Series, Drama – Damien Lewis, Homeland