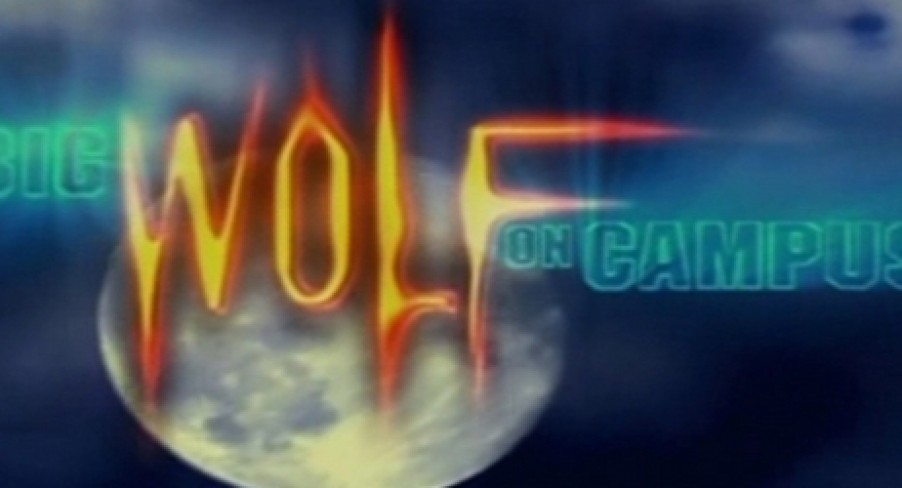 If you grew up in the 90s and didn’t watch Big Wolf on Campus, you’re not a true child of the 90s. And don’t tell me you were busy with Saved by the Bell; I had time for that and Clarissa Explains It All to boot! Those of you familiar with one highschool jock’s struggle with being a werewolf will surely remember his best friend, the occult fanatic and too darn cute for TV, Merton J. Dingle. Well, Merton’s is all grown up and just look how he turned out! Obviously, he goes by Danny Smith – seeing as it is his actual name – and is still acting, most recently in the rockstar vampire film Suck. He’s also a rather talented musician (he even performed the theme to Big Wolf), going solo now following the disbanding of The City Drive in early 2009. Yes, there are many strings to the Danny Smith bow. This week Pop Culture Monster had a childhood dream realised when he got to chat with him about art, true love and Emmanuel Lewis!

I’ll start off where I began with your career; Big Wolf On Campus. How was it being one of the most loveable characters on television?

You’d have to ask Emmanuel Lewis. I will say that playing Merton was a dream come true for me. He is me, I am him. Someday, I’ll get rich, buy the rights to the show and release it on DVD. Brandon and I have so many good stories for the commentary…though most revolve around our fascination with Emmanuel Lewis.

With the likes of Goosebumps getting a big screen adaptation, do you think there’s a chance of a Big Wolf reunion in the future?

They’re making a Goosebumps movie? Lucky goosebumpers. Everyone involved in the Big Wolf camp would love to do a film. Anyone have a few million dollars we can borrow?

What was it that drew you to acting? Were there any specific actors or movies that got you hooked?

As a kid, I loved the over-the-top brilliance of Jerry Lewis, SCTV, Jack Tripper (love you John Ritter.) Then, I saw my cousin’s boyfriend play the Donald O’Connor role in a live production of Singin’ In The Rain. That was the turning point where I told myself, “I could do this for the rest of my life and be very happy.” Fool.

As well as being an actor, you’re a pretty great musician. So, how is the new album coming along? Got a title yet, or any teasers you can share?

I think the new album is genius, but I just played it for a friend who didn’t like it. It’s like Daft Punk meets The Beach Boys, in that it’s clubby, electronic and beat-driven but features melodic vocal lines and lush harmonies. I thought it was abstract and unconventional but my friend said it was very commercial. I guess I can’t stray from writing hits, haha. I’m trying to explain to people that the music is not “a band” playing at “a bar”, it’s “an art installation” at the “MOCA”. On first listen, people have been confused in the way that we all were when we first heard Radiohead’s “Kid A” after loving “OK Computer”. In other words, I love it but nobody else does, haha. I’m sitting on 24 demos and I’m hoping to get into the studio this fall to complete it. Some title ideas: Future King, Digital Dreams, Up From Down, In Abstracto, Life Changing. You like any of those? Have you decided on how you’re going to release it? I know you were toying around with a few different options.

Still unsure. Probably either a series of 4-song EPs or one, 12-song album.

Do you have any plans to tour the new record? Maybe to Europe, for instance…

That’s so far away right now. I still have to record. Plus I’m acting a lot so it’d be tough to leave for 3 months at a time. But yes, playing Europe would be a life-changing experience, rivaled only by spending an evening sipping Mai Tai’s with Emmanuel Lewis.

What musicians would you cite as influences?

Oh goodness. I love so many artists, but I guess this album sounds most like Daft Punk, Beach Boys, Kanye West, The Postal Service, Crystal Castles, Crookers, MSTRKRFT, Burt Bacharach, The Rentals and 1980’s video games.

Yet another talent of yours; art. How long has that been a part of your life?

Longer than anything else I can remember. My parents would buy me coloring books, but I ignored every page, instead, drawing my own images on the blank, inside covers. They’d bring pencil crayons to restaurants so I could be kept busy drawing on the backs of placemats. I drew a picture of Superman when I was 6 which was published on the front cover of The Montreal Gazette’s comic book (which was a magazine-like insert back in the day.) I literally have thousands of drawings, paintings, etc. stored away. Maybe when I die people will consider me a genius but for now I can’t sell shit. Not unlike Van Gogh in his lifetime. Art is equally as important to me as music or acting. Who are some of your heroes in the art world?

If you had to pick between your three loves, would you be an actor, musician or artist?

Impossible to choose. But I would give up all three for true love.

Who would you most like to work with, in any or all of those three areas?

How was it working on Suck? Did you get to hang out with Iggy Pop or Alice Cooper at all?

It was a great experience. It’s easily the coolest film I’ve ever been a part of. I didn’t get to meet those guys, though. I wanted to meet Malcolm McDowell because A Clockwork Orange is one of the greatest films ever made (Stanley Kubrick may be the best director of all time) but no dice.

Any hints about your next project?

I start shooting a film called Hello October in a couple of weeks. I play a jerk named Daniel. Perfect casting. 😉

The life-sized Emmanuel Lewis statue I keep in my pocket.