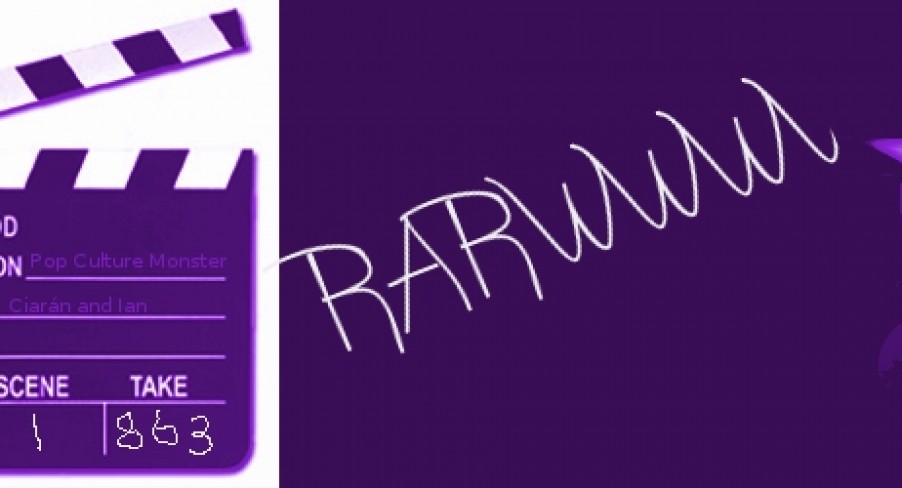 We’re all used to seeing celebs miss-mash their careers, venturing from acting to singing or vice versa. So here, Pop Culture Monster give you a list of ten notable singers-actors and actor-singers, with a mentioning of those who’ve left a mark for all the wrong reasons. After his stint as a Mouseketeer, Justin dabbled with a boy band, a solo career and acting. His first stand-out piece is undoubtedly 2006’s Alpha Dog were he played the fictional counterpart of Jesse Rugge. His latest role is Napster founder and Facebook Inc. contributor Sean Parker in The Social Network.

Love her. Hate her. This grunge rocker acquired a ton of praise and a Golden Globe nom for ‘Best Actress in a Drama’ for her performance of Althea Flynt in The People vs. Larry Flynt.

It’s been eight years since 8 Mile but Marshall’s still being applauded for his portrayal of B-Rabbit, even if the character is a great deal like the rapper himself. Not only does this woman know how to belt out a catchy tune or two, she’s landed on her feet with her acting career. She’s starred in musical Dreamgirls, bio-pic Cadillac Records, and also shared the big screen with funny men Mike Myers and Steve Martin in Austin Powers in Goldmember and 2006’s The Pink Panther respectively.

A mention has to go out to the Irish rocker who scored an Oscar for his song writing (along with co-star Markéta Irglová) for the film Once. He also played Outspan Foster in The Commitments.

I gotta admit that it’s sort of fitting that her acting début would be a musical called Burlesque (which looks like Coyote Ugly meets Moulin Rouge). Heck, if her acting falls flat at least we can listen to that voice!

Bowie’s always been one of those theatrical types, emerging as the androgynous Ziggy Stardust in the seventies, so it’s no real surprise that he crossed over to the big screen. He’s had his fair share of roles but, at least to me, the one that’s forever remembered is Jareth the Goblin King in Labyrinth.

These days she’s mostly remembered for her stint as Rose Tyler aka Doctor Who’s travelling buddy but way back when (1997 to be exact) Billie, at fifteen, was offered a record deal. She had pretty limited success as a singer and produced a couple of hits, namely Because We Want To (never realised how strange that video was until now) and Girlfriend.

Before The Fresh Prince of Bel-Air star became a top actor, he played the part of an MC who provided us with clean and safe lyrics (Here’s a link to Family Guys spoof). Though the forte switch has probably served him well, who can forget hits like Wild Wild West, Men in Black, Getting Jiggy with It and Miami? The eleven-time Grammy winner’s big screen début was 2007’s Smokin’ Aces where she played contract killer Georgia Sykes. Since then she’s appeared in The Nanny Diaries along with Scarlett Johansson and The Secret Life of Bees.

He may not be one of the better singer/actors on this list but that doesn’t seem to matter because there’s always going to be oodles of ladies wishing they could’ve been in Ally McBeal or Carrie Bradshaw’s shoes.

P Diddy in Get Him to the Greek, Alanis Morissette in Dogma and more recently in Weeds, Tom Waits in Coffee and Doughnuts, and Domino, Jennifer Hudson in Dreamgirls and The Secret Life of Bees and lest not forget a dishonourable mention for her terrible performance in Sex and the City Movie, Marilyn Manson in Party Monster, Fergie in Nine and Grindhouse, and Meatloaf in Fight Club.

Some of us are too young to remember Miss Minogue as Charlene Mitchell in Aussie soap Neighbours, yet we all remember hits such as The Loco-Motion and I Should Be So Lucky. In 2005, with the help of some teensy-weensy golden hot pants, Kylie was back on top of the charts proving that the pint sized pop princess come a long way from her soap days. Check out her new album Aphrodite on iTunes.

Ok, so I had to control my excitement (a lot!) when I discovered the Dumb and Dumber star was a bit of a country crooner. He’s said in interviews that the songs he writes are like his diaries marking the important moments of his life. I highly recommend his live performance of Dirty Harry Blues which tells the tale, one you might’ve guessed, about working with Clint Eastwood.

Her first album, released in ’08, Anywhere I Lay My Head offered us a more feminine touch of Tom Waits’ work. The following year saw her musical partnership with Pete Yorn, which was inspired by Gainbourg and Bardot’s duets, give us Break Up. Though neither record did significantly well commercially, Scarlett stands out amongst those other female actor turned singers or female singers in general with her deep husky voice. The Notebook star is yet another ex-Mouseketeer but by going a distinctly opposite root to his counterparts with indie-rock band, Dead Man’s Bones, he may have proven that he’s not just another ex-Disney construct. Their self-titled album was released last year (iTunes link here).

Video for Name in Stone:

The Gossip Girl shocked more than a few when she traded her squeaky(ish) clean look on the show for street walker chic look which accompanies her band grunge band The Pretty Reckless. Their album Light Me Up is now available on iTunes.

It seems understandable that RDJ’s main focus would lie within the role that revamped his career, the stereotyped intoxicated playboy yet heroic superhero that is Tony Stark/Iron Man but, once upon a time, Robert also had his eyes on singing. He appeared on the soundtracks of several of his films such as Chaplin, The Singing Detective and Kiss Kiss Bang Bang, and who doesn’t remember his rendition of Joni Mitchell’s River on or when Sting joined him onstage in Ally Mc Beal? In 2004 he released his record The Futurist.

To me she was just another cute and quirky actress that got roles in indie films and moderately successful commercial ones. Seeing her in most everything she’s been in (Almost Famous, Yes Man, Failure to Launch, Hitchhiker’s Guide to the Galaxy, 500 Days of Summer, and the list goes on), it’s odd that I only became a fan when I heard her band She & Him that was formed back in 2006. Mark Ward (aka Him) and Zooey’s collaboration gives us a fresh folk-pop sound that’s oh-so reminiscent of acts predating the eighties. If you’re anything like me, you’ll be hooked after the first song you hear.

Dekker of Sarah Connor Chronicles and the reboot of Nightmare on Elm Street released Psyanotic back in 2008. Not exactly what I expected from him (you’ll see what I mean if you watch the video below), for some reason I’d always pictured him as a Bublé-type. Albeit the video kind of gives me the wiggins, the fact that he’s not just another ‘boy-bandish’ pop star definitely earns him some brownie points for me anyway. The ex-Charmed star always had that old Hollywood thing going for her so it only makes sense that her singing would resemble the era as well. So in that vein, she sang a cover of Peggy Lee’s Fever on her show Charmed. She sang back-up on ex-boyfriend Marilyn Manson’s Posthuman, appeared on BT’s Superfabulous and recorded three songs for the soundtrack of her film Grindhouse.

Remember the first time the BtVS gang heard him sing, he covered Behind Blue Eyes whilst singing at the coffee shop? And then Willow said ‘Now I remember why I used to have such a crush on him’? Well, I was in complete cahoots with that train of thought. Joss Whedon’s clever deployment of Head’s singing abilities added so much more to the once stuffy librarian/Watcher. Check out his album Music for Elevators on iTunes and film Repo! The Genetic Opera.

And the performances that fell flat (for better or for worse… but mostly worse):

His future was promising, with works like Walk the Line and Gladiator under his belt, until he decided grooming was no longer an option and rapping was to be his strong suit. Though I’m Still Here is rumoured to be a fake documentary, who’s ever going to forget that Letterman interview or those horrendous rhymes? Shudders!

Who would’ve imagined the Vulcan and cocky captain would burst out into song… together, no doubt? Is it completely wrong that I want their album Spaced Out?! She’s a serial offender. Acting and music are never safe with her around. Am I the only one who giggles at her death scene in House of Wax when I’m unfortunate enough to actually watch that film?

I’m not trying to jump on the hate train or anything but seriously, what were the people of CSI thinking when they cast this kid as a trouble-making teen? Unless he was taken in for breaking little girls’ heart, I ain’t buying it… Even then I’d still have questions.

Her album title, Superficial, describes the Barbie wannabe to a tee.

Hmmm, I’ll probably never be happy with anything this man does but is it just me or do his live performances sound like someone’s drunk uncle when he sing Mr. Tambourine Man? He went from Achey-Breaky Heart to Hannah Montana’s dad. I honestly don’t know which is worse. I’m just happy the mullet’s gone.

Swept Away was the collaboration with then-hubby Guy Richie. It was a box office flop but didn’t it end up being nominated for seven Golden Raspberry Awards, snatching up five of them? Oh wait, those were for Worst Picture, Actress, Couple, Remake and Director… Ouch!