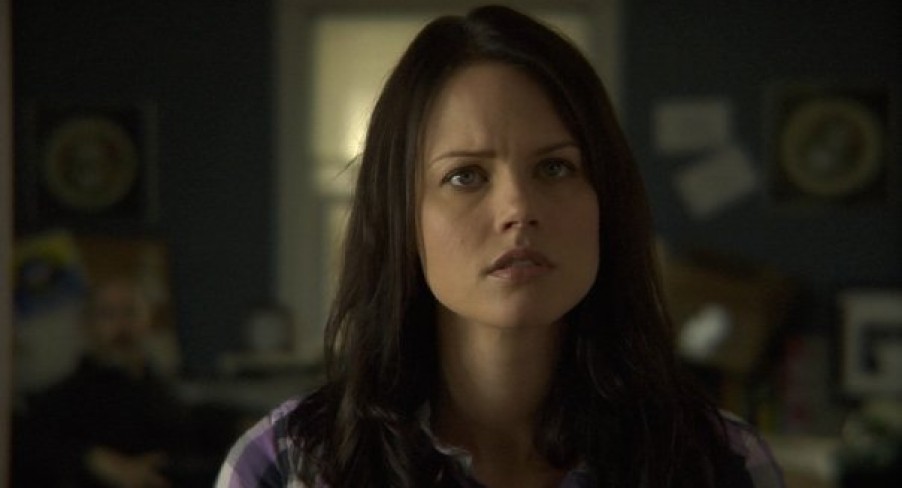 PopCultureMonster catches up with the very lovely Michele Boyd and talks Gaming, The Guild and Neurobiology. Seriously.

So, what moves a Neurobiologist to become an actress?

I think the same things that drew me to science were the same ones that drew me to acting; a desire to figure out the ‘why’ of behavior. With neurobiology, it was more of a literal search, I did a lot of research with neurotransmitters and how they related to behavior.  But I was never quite at home in a lab, and I happened to be in a city with a very good film school at the time. Friends needed help with their productions, I started going down to New York for classes and even more independent films, and it kind of grew from there. I’ve never been sorry about the decision to switch careers, nor of the time spent in the sciences. I loved both.

You were introduced in the second season of The Guild. Was it intimidating joining a cast that had already worked together on season 1?

A little! I’d watched the previous season enough to appreciate what a great group dynamic this series already had, but everyone went out of their way to make me feel welcome. There was cake involved.

Season 3 exposed a new side of Riley. How much fun did you have beating Sandeep Parikh around?

Hah! I was so worried about not actually hurting him that I was a bit concerned some of the violence wouldn’t read on camera! Sandeep was a great sport about all of it. I think Riley abusing him was necessary for his character to grow and not just be the puppy following Codex around any longer. Evening the playing field between him and Codex is something that will be interesting to watch in season four! Will Riley be making an appearance in a fourth season?

As far as I know, Felicia is currently writing Season Four, and I know she’s stated there are many things she wants to do with all the characters so far. I don’t know how prominently Riley will feature in those plans.  I of course would love to work with all of them again, especially if I get access to the paintball gun.

Was it fun making The Penny Dreadfuls’ Sleeping Beauty? Because it’s actually quite difficult to watch.

I love doing stories that have a twist of the unexpected to them. Penny Dreadfuls are fantastic that way, and Sleeping Beauty in particular was awesomely creepy. But it was fun doing a story that you expected to head in one direction and then swung entirely the other way.

How excited are you to be guest starring in How I Met Your Mother?

Fan girl excited. Ridiculously excited. Kid at Harry Potter theme park excited. Especially with the other amazing guest stars they had on for that particular episode; the people at the show are really stepping it up!!  I couldn’t believe how much they pack into a single half hour.  Of course I was familiar with Neil and Alyson Hanigan from previous work (I’m a Buffy geek as well), and they all couldn’t have been nicer.

What’s your gaming poison? What are you addicted to at the moment?

I don’t think I’ll ever get away from WoW. The great thing about being at a max level is there isn’t quite that same level of urgency attached to the game. Instead the focus moves from leveling to raiding and acquiring gear. Luckily for me, that fits in much better with my acting life (not quite as many 13 hour marathon sessions muttering ‘Just one more level…one more….”!)  I’m getting some Xbox time in on Gears of War 2 as well these days.

You’ve confessed to being a Browncoat. Who was your favourite character and why?

Oh god, I have to pick ONE?  I’ll have to go with Kaylee. She was the breath of fresh air, the sunny optimistic heart of the show. Jewel made her so adorably funny! But she was very practical in her own way. I always thought she could see what needed to be fixed (whether we’re talking about the ship itself or the fractured relationships of the crew) and could tell you in a single sentence what should be done, if someone had bothered to ask her.

Are you proud to be a postergirl for geek-chic? I’m really happy that this age of internet has let me find so many other girls who are unashamed to read Tolkein, who game and read comics, who love sci-fi in general.  I almost feel like girls, moreso than guys, were put aside for liking those things, because they didn’t fit the stereotype of a “geek”. The world has become a lot more comfortable with the idea of girl geeks, and I’m all a-bubble with mirth at being a part of it.

Is it tough being a “stupid, tall, hot girl”?

Oh absolutely. I compare it to being a Navy SEAL.

Keep up to date with Michele on Twitter @micheleboyd

And look out for her in:

The Guild and SOLO