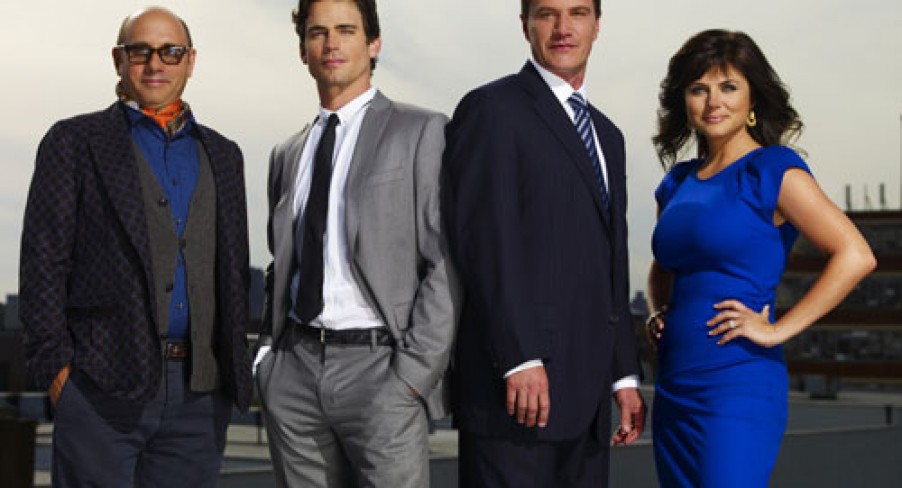 Described as Catch Me if You Can meets Prison Break, White Collar had its first airing in the UK on Bravo last week. It is a slick crime drama show about a ‘white-collar’ con artist Neal Caffrey (Matt Bomer) who strikes a deal with an FBI agent (Tim DeKay) to avoid prison, again. He must assist the Feds in catching criminals so he can remain a free man. The show sports a great main cast with Boomer and DeKay being joined by Tiffany Thiessen (of 90210 and Saved by the Bell fame) and Willie Garson (who played Carrie’s GBF Stanford in Sex and the City). Thiessen playes Elizabeth Burke, wife of DeKay’s FBI agent, the supportive wife who takes his long, erratic hours in her stride and is often seen having dinner with the dog rather than her husband. Garson plays Neal’s best bud Mozzie, the cravat sporting go-to guy. The show has proved a hit for the FOX network in America and has already been renewed for a second season, but with FOX’s reputation for cancelling shows before their time, who knows how long this one will last. The initial pilot episode has set the standard for this series, and Pop Culture Monster is hoping it lives up to its premise: sleek, smart and über-fashionable crime dramedy.