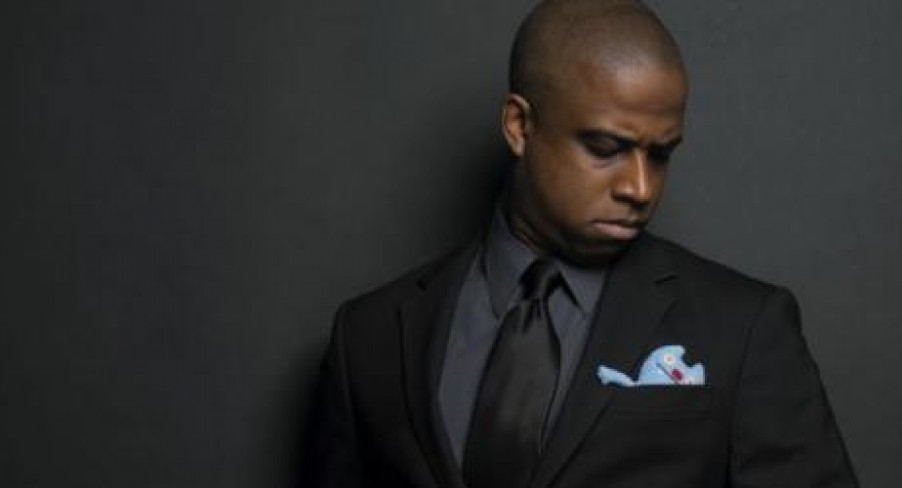 In late 2006 the smash-hit sitcom 30 Rock came thundering onto TV screens across the world and with it came Keith Powell. Powell, who plays 30 Rock’s Toofer, is a Tisch Graduate, theatre veteran and “talented bitch”. This week Pop Culture Monster had the pleasure of speaking to him about the series, his internet adventures and his ‘enthusiastic’ celebrity crush. Did you have any idea when you started on 30 Rock that it would be received so warmly?

When I auditioned for “30 Rock”, it was called The Untitled Tina Fey Project and I was told not to get my hopes up because Aaron Sorkin’s show (Studio 60 On The Sunset Strip) had a similar concept and we probably wouldn’t get picked up.  When we aired, I don’t know if you remember, we weren’t exactly embraced by the critics.  And the audience — at least the blogosphere — wasn’t exactly warm to us.  I think that allowed Tina & the writers to find their voice, because we were kind of not taken seriously.  So, no.  Not only did I have no idea it would turn into, in my humble opinion, one of the best TV shows of all time, but people were actually taking bets on how many episodes we would last.

Can you give us any idea of what’s in store for Toofer in season 5?

No idea.  Haven’t returned to the show yet because we’re still on hiatus.  My hopes: Toofer gets a tramp-stamp tattoo of Betty White, since nowadays one merely mentions her and one’s show jumps up by at least a million viewers.  That way, anytime we worry about getting an audience, I can just show my tattoo of Betty.  Other ideas: Toofer gets initiated into a gang.  Toofer becomes the head of Kabletown.  Toofer becomes a rap icon.  Toofer shoots a porn staring him and Oprah Winfrey’s money.  Toofer gets an obsessive compulsive disorder and solves his wife’s murder (I SMELL EMMY!).

If you had the choice of guest stars who would you like to work with on the show?

I’ve been thinking about this lately.  Bill Cosby.  Because he’d probably just show up and tell us how we’re doing it all wrong and how back in his day he didn’t need to resort to “cutaways” to get a laugh.  Ah, Bill.  I think he has an inflatable soapbox in his back pocket.

It must be awful to have to go in to work and have to deal with someone like Tina Fey, right?

She’s a monster.  Do you know she actually requires us to learn our lines!? And what about the constant need she has to always be funny? “We get it, Tina, you’re a comedy superstar, now stop showing off!”  Oh, and she smells nice.  What’s that about!?  That gets REALLY annoying.  “Stop showering, Tina!  Come back down to earth, damnit!” You’ve embraced the internet in a major way. Why do you think more and more celebrities are producing content for the web?

Have you got any advice for budding internet stars?

First, you MUST follow me on Twitter.  @RealKeithPowell; Second, you must tell everyone you know that I’m a talented bitch.  Third, get me a job.  Follow those easy steps, and I’ll allow you to use the inter-sphere for your own personal gain.  Pay it forward.

You’ve recently started up the The Real Man Challenge in response to Alyssa Milano’s Old Spice video. Can you tell us a little more about the challenge?

It originally started as a joke.  When I saw Alyssa going back and forth with the Old Spice guy, I thought, “I want to get in on this.”  So I made a video.  Then, I started following Alyssa on Twitter and realized that she issued a pretty amazing challenge to the Old Spice people: she turned this silly little marketing campaign into a bonafied plea to help  the wildlife in the Gulf affected by the BP Oil Spill.  I’m the type of person that believes good deeds should go rewarded, so I decided to help her.  She’s really doing something nice and we should help people who do nice things.  So: www.firstgiving.com/RealKeithPowell; or go to my youtube page to see my daily videos: www.youtube.com/PowellToThePeople On a scale of 1 to “outside your house in the bushes”, how serious is your Alyssa obsession?

Hey, listen, my girlfriend says I get to have a celebrity crush.  Hers is Rosario Dawson, which is a win-win for me anyway.  I’m just indulging in my celebrity crush… and may soon indulge in hers.

Who do you admire as an actor?

I’d actually like to name some comedians.  The reason why: I’m an actor.  I could be here all day naming other actors.  I’m not, however, a comedian. I admire so much what a comedian can do because it’s not something within my comfort zone.  So, I’d first like to say that the best comedian working today is Chris Rock.  I know all of his stand-up shows by heart.  I also admire what Aziz Ansari is doing.  And Demetri Martin.  Obviously Tracy Morgan and Judah Friedlander from my show.  And while I’m at it, Scott Adsit and Jack McBrayer are hands down the best improvisers I’ve ever seen in my life — improv’ing is another thing I’m not great at and wish I was.

If a Pop Culture Monster were eating your house what one thing would you save?