TV 2.0 is a sometimes monthly feature on Pop Culture Monster detailing some of the best web series he can find out there.  Anyways, a couple of comedies and a sci-fi/horror drama in there we think you’ll love. As always, they all come with Pop Culture Monster’s bite of approval.

Haywire is the story of a strange phenomenon affecting a small town suburb of New York. Part horror/sci-fi and part drama, the series is ripe with tension. Suitably ambiguous and atmospheric, the lack of score significantly adds to the chilling storyline. It reminds me of the Buffy episode The Body (the one after Joyce dies) in this sense. There’s always a sense of foreboding and the characters are really well thought out. The story line develops over time, but since it’s only a few episodes in we still don’t know exactly where it’s going. The acting could do with a little fine tuning, but the story really draws you along so it never really detracts from the show itself. Jennifer Crane Turner impressed me most in her turn as Caroline in episode 2. Each episode starts with a comic strip setting, which is a hugely original premise and the whole series is glorious in full HD. This is very much one to watch. Check it out on the official website. Okay, so this one is a must-see. It’s probably one of the funniest webseries out there at the moment. Fact. I came across this show thanks to the wonderful people of Indie Intertude, so for that: Thanks!!! Anyway, It follows Michael Champagne’s quest to see his 5 (ahem) year old daughter win the Miss Star Eyes Pageant. It’s shot in a documentary style, with hilarious to-camera bits. It’s insane, oddball comedy that is absolutely guaranteed to get a laugh. If even for the over-the-top characters, unimaginable storylines, wonderful theme tune and tight script. Yes, Pop Culture Monster can’t talk about this show highly enough. The characters are perfectly crazy pageant people, and every actor is brilliant. “Am I nervous? No, I’m Christian.” Just watch it, seriously. What’s more is there’s a whole 2 series to watch. WIN! Check out the official website for the episodes. Another hilarious comedy but this time with Zooey Deschanel. Not really her, exactly, but a very good imitation. Well, a heightened and mocking imitation. Zooey talks about her favourite things including womanhood, acting and Christmas. Zooey is played by Nöel Kristi Wells, who also writes and directs the show. The show pokes fun at Zooey’s indie roles and general tweeness. The theme song is also extremely singable, and once it catches in your head it sure as hell ain’t leaving. Wells gets Zooey’s doe-eyed looks just perfectly, and the script itself is incredibly funny. “Watch out! He’s got a gun! And a baby!”. Check out Wells’s SNL audition tape for her other characters, including Justin Bieber. Rock on, Nöel. Watch the show on the official website. The Further Adventures of Cupid and Eros

This comedy show follows Cupid and Eros as they go about their business and their personal life. Their business is, of course, matching-up us mere mortals but their personal lives are what’s most interesting. In this show, Cupid and Eros are separate deities. Cupid is the ultimate nice guy, sickly sweet but ultimately non-datable. Eros is the infinitely sexy, irresistible woman who nobody is safe from. The show is written and directed by Avi Glijansky and stars Josh Heine and Jo Bozarth as the Gods. It is heavily influenced by mythology and particularly Whedon and Gaiman takes on mythology. It’s nerdy and quirky and always funny. The script is laden with offbeat comic moments and the stars are great. The team have really gone all out to provide us with a sense of a God’s world – complete with the godly version of American Idol. It’s a show for the geeky, romantic or comedy fans and is well worth a few minutes checking out. Here’s the official website. 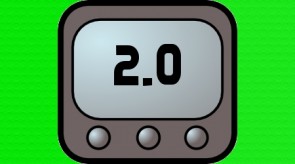