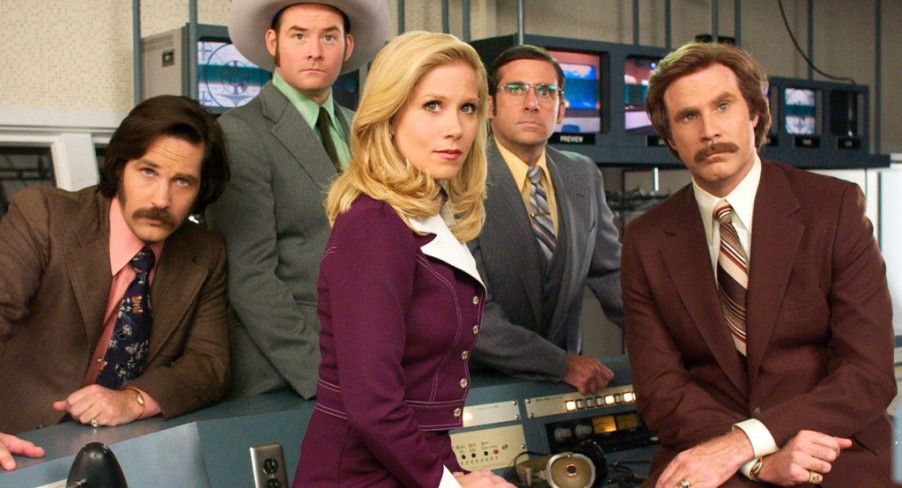 “Ladies and gentlemen, can I please have your attention? I’ve just been handed an urgent and horrifying news story. I need all of you to stop what you’re doing and listen.”

The new trailer for Anchorman 2: The Legend Continues has been released – and it’s got an Irish twist. Yes, they have edited a special version of the trailer especially for Irish fans of Ron Burgundy. The trailer sees former RTÉ News presenter Anne Doyle from way back when, opening the news, before it kicks off. And kick off it does. We see Ron and Co. smoking “refreshing” so-called “vials of smiles” crack, report on silicone breast implants, and misunderstand exactly what being gay means. Everything looks set to please so far.

The filmmakers run the risk of doing a Hangover on it, where the first one is hilarious, refreshing, and hugely successful and then they go and ruin it with a second (and third) one. Let’s hope they’ve left it long enough between films that the writers have actually written some funny stuff and it’s not all just stuffed into the trailer. Only time will tell, but we’re hopeful.

Anchorman 2: The Legend Continues is released on December 20 2013.