Battle of the Five Armies Tapestry 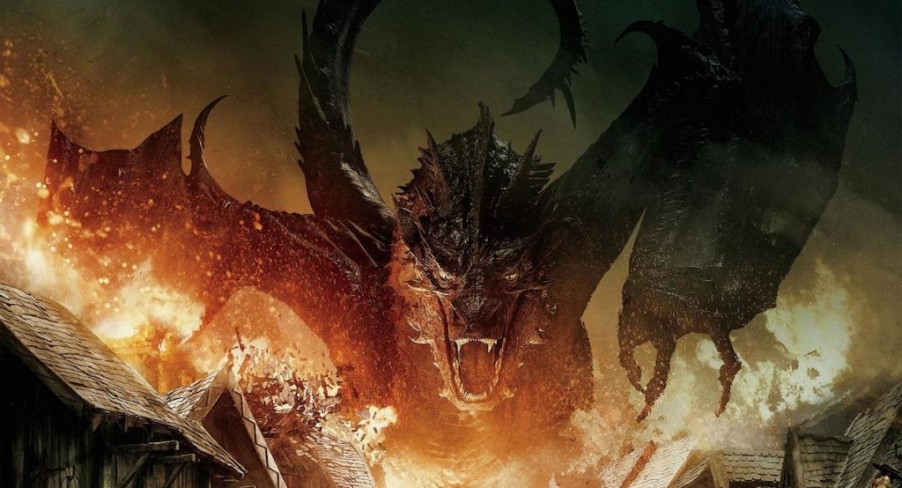 The Hobbit: The Battle of the Five Armies is slated to hit cinemas on December 12th, and is going to be the darkest of the trilogy. It looks like Peter Jackson is taking the “Go Big or Go Home” mantra to heart as an enormous banner poster was just released for the film. The banner shows a very pissed-off Smaug (in fairness, do we blame him?) and the rest of the band of characters in action. We’re holding out hope that this one is good, even if this banner says otherwise.

From left to right we’ve got Smaug against Bard the Bowman, Gandalf and Galadriel doing something we don’t even want to speculate about with Saurmon and Elrond in the back looking on. Then we have Thorin looking very sad on the throne inside Erebor surrounded by gold, Bilbo’s floating there in the foreground, Legolas and Tauriel are up next sporting some awful photoshop (unless Evangeline Lilly’s channelling the late Joan Rivers), Thranduil’s got his army. Thorin, Fili, and Kili are in the middle of battle with Azog standing over them, and then Gandalf and Bilbo again.

Sure aren’t they all very dramatic looking?