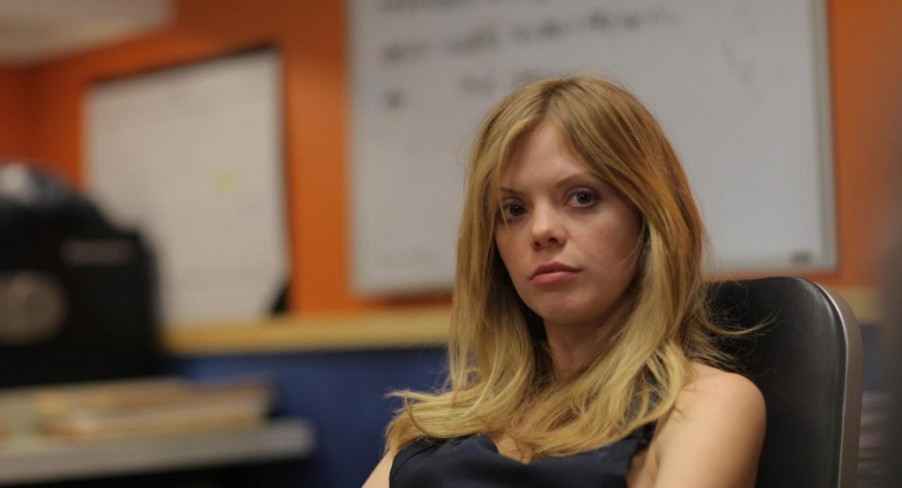 This is a true story.

It is very important to keep this fact in your head while watching Compliance. Despite the massive text at the film’s opening proclaiming that this story was “INSPIRED BY TRUE EVENTS”, the truth behind this tale isn’t adequately emphasised.

Compliance tells the tale of a fast food restaurant where the manager gets a call from a policeman. The policeman explains that they have evidence that one of the girls working the till stole money from a customer, the manager is asked to detain the girl until the police can arrive. This is the first order from the police which is complied with, the authoritative voice manages to convince the manager to strip search the girl, and things descend from there as more people become involved and the policeman makes wilder and wilder requests.

The whole story is, quite frankly unbelievable. While it is possible that a prank caller can convince a manager to perform a strip search, things really do get way too out of hand. As the film progresses you realise that there has to have come a point where artistic license was taken and the film goes much further than reality, but that line is never crossed. Pretty much the only things changed from reality are the names, and some of the dialog, seeing as the true story wasn’t transcribed as it happened. But all of the events, everything that happens to Becky (as played by Dreama Walker), really did happen to a till girl at a McDonald’s.

It is an entirely shocking true story, but no matter how outlandish it gets, just remind yourself that it’s all entirely true.

The problem with Compliance is that the tale is left to be too unbelievable. The film doesn’t really show how this can really happen, it simply shows what went down. A lot of time is spent showing how things started off, and with the help of Ann Dowd’s performance as Sandra, the manager, it is at least conceivable for quite a while. Pat Healy’s Officer Daniels has a convincing air of authority, and always knows what to say to avoid any suspicion that he isn’t who he says he is. But when the film moves on from showing how things started, to how far it went, things are almost rushed. Events are not built up enough and Walker doesn’t have a chance to show a steady breakdown as Becky.

Much of the weight of selling how far things went lies on the shoulders of Bill Camp, playing Van, Sandra’s fiancée who is called in to watch Becky until Officer Daniels arrives. Camp gives a solid performance, but it was not the performance required to sell the film. We really need to see why he would comply with Officer Daniels on the phone, instead we just see that he does.

As a film it’s shot well and the performances are solid, but it’s a completely ridiculous and unbelievable story.

You just have to keep reminding yourself that it’s all true.