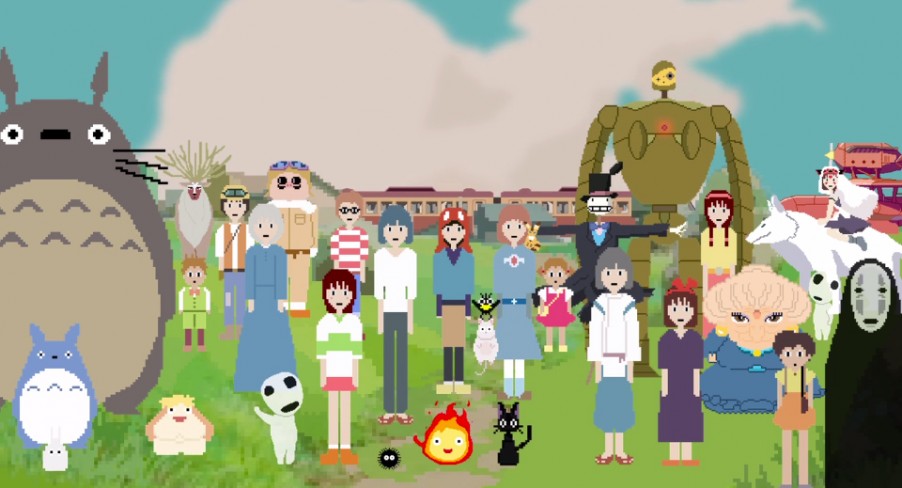 Without a doubt, Japanese director, illustrator, and screenwriter Hayao Miyazaki is one of the most influential filmmakers of all time. He’s often noted as one of the best directors of all time, and many other incredibly successful directors, animators, and screenwriters cite him as a huge influence on their work. His characters resonate with people everywhere, and they’re often lovingly recreated in fan-art all around the internet. And they don’t get more lovingly recreated than this.

The 8-Bit style tribute video was created by filmmaker Pablo Fernandez Eyre, who does a wonderful job at capturing the spirit of Miyazaki’s works. The video tribute includes Miyazaki’s most well-known films My Neighbour Totoro, Ponyo, and Princess Mononoke. It’s a short video, but resonates beautifully. Check it out below.