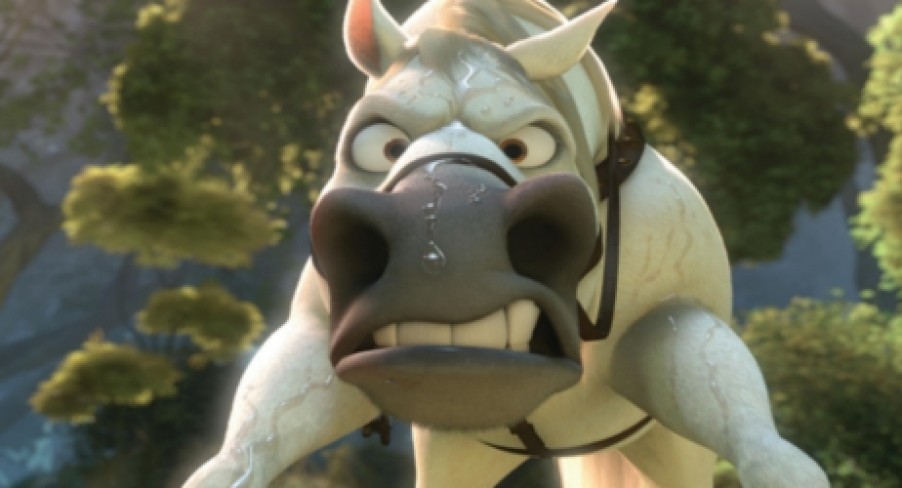 Two proper Disney movies in two years? Slow down Uncle Walt, you’ll hurt yourself.  Tangled marks Disney’s 50th animated feature and it stands as a monument to quality animation and storytelling.  It also holds the honour of being the second most expensive feature of all time and the most expensive animated movie ever. Not to hype it up or anything.

The film carries on Disney’s long tradition of reimagining fairytales, this time drawing on the classic story of Rapunzel. Princess Rapunzel is stolen from the castle as a baby by an evil witch who uses Rapunzel’s magic hair to keep her young. Raised by the witch as her daughter Rapunzel has never left her home at the top of a tower. She longs to see the lights that appear in the sky every year on her birthday but her mother will not allow her out. Enter dashing rogue Flynn rider and a plot begins to hatch.

Mandy Moore is delightful as Rapunzel. Striking a perfect balance between fluffy princess and kick-ass heroine, she brings charm and depth to the role. Zachary Levi’s performance as Flynn breaks him out of his geeky TV persona and into Hollywood’s newest dashing leading man (even if it is just his voice). Both characters are beautifully realised and rendered in a rare non-Pixar coup from Disney, proving that, while Pixar might have the dramatic punch, anything Woody can do, Mickey can do just as well. The film also boasts two of the best Disney animals in quite a while – Maximus and Pascal. In a weaker film these two would steal the show, but as it happens everyone is so strong that it’s more than a fair fight. Which brings us to Mother Gothel (Donna Murphy – Star Trek: Insurrection anybody?). If we had to choose favourites – and we do – Mother Gothel would be top of our list. Murphy’s voice is every animator’s dream. She’s every bit as devious as Maleficent and as slinky as Ursula, whose Poor Unfortunate Souls she matches with her fantastic Mother Knows Best.

All that remains to say is GO SEE THIS MOVIE. Oh, and be sure to let a Monster know if you think they look a little cross-eyed at times.

Tangled is released here on January 28.