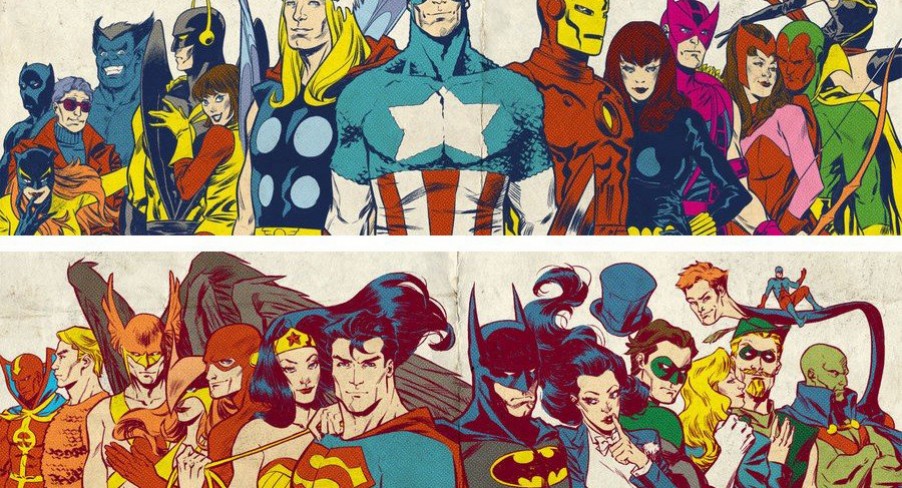 So, when I started writing for the site, I wrote a piece about The State of Superhero Movies and how too many are coming out too fast. How Hollywood studios need to slow down on the genre pieces or else risk the stagnation of movies that can be of incredible quality when done right and can make them crazy amounts of money even when done wrong (here’s to you Man of Steel).

Clearly people at DC/Warner Bros. have not read my article. When I first started reading about this, let’s call it “problem”, it was about Batman vs. Superman being pushed forward to March in order to avoid competition with Marvel Studios’ third Captain America flick. I then read the rest of the announcement, which included “booking” a number of new release dates which go all the way to 2020. This angered me. Greatly. Not because I expected them to have read my article, but because what was said in my article was really very obvious. It’s a glaring problem and these studios are simply ignoring it.

Anyway, the good folks over at Newsarama were kind enough to compile a list of every superhero movie that is scheduled to come out between now and 2020. Be prepared for some heavy reading because the list totals at 30 by my count. Slightly more than my earlier prediction of 11.

July 28: Guardians of the Galaxy 2

That’s one packed year right? And keep in mind at least 5 of those are spin-offs/sequels, which is a whole other issue for a whole other piece. You see the problem with doing this is that people are going to get bored of these characters and concepts. It’s an inevitability. And by releasing constant sequels you’re just quickening the pace at which the public will get bored. I mean, who really wants another Wolverine movie. Like really? 9 films in one year? Writing this is like the 4th time I’ve looked at this list and I still can’t believe what I’m seeing. 9. Seriously?

At the risk of ranting I just wanna say that, in my very first article for this site I posited the question of how many superhero movies is too many. I think I may have just found my answer.