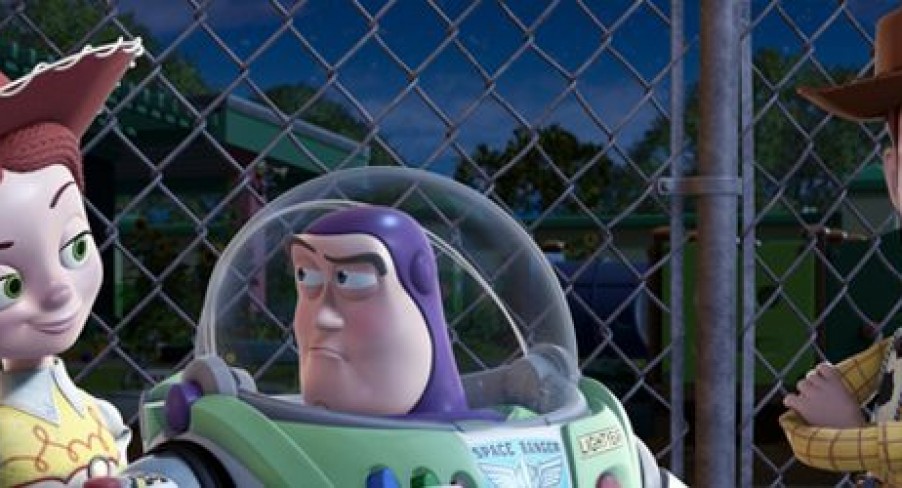 For the past 15 years Buzz, Woody and the denizens of Andy’s toybox have thrilled and delighted generations of children (and much older children) and next week, on July 19th, their story comes to an end. Pop Culture Monster caught a sneak preview so we could give you a heads-up on their final chapter.

The first thing to note about Toy Story 3 is that it is absolutely beautiful. The entire world is rendered in such magnificent 3D that it is completely immersive and each of the toys looks pristine. The visuals are so stunning that it would be a shame and a waste to see the film in 2D.

After the initial visual shock has worn off it quickly becomes apparent that this installment of the series may not be as light as one might have hoped. To begin with Andy is now 17 and the few remaining toys in his room are rapidly gathering dust. Add to this the fact that he is about to leave for college and we realise some important decisions are about to be made regarding the fates of his toys. College? Attic? Trash? As it happens, due to a mix up, the toys end up being donated to daycare. The toys are won over by the promise of a never-ending stream of children who will play with them and love them, but things at Sunnyside Daycare may not be all that they seem. The movie basically follows the format of the first two films with the toys in an unfamiliar location trying to get back home. As a result, it reuses many former plot elements and devices which toe the fine line between homage and rehash. From curbside rescues to out-of-the-box Buzz Lightyear, many viewers will get a distinct feeling of déjà vu.

Fortunately, along with this something old and something borrowed, we also have a good deal of something new, namely the new toys. Many of the new toys are absolutel delightful and will leave you wanting much much more. Ken, Buttercup, Trixie, Dolly and in particular Mr. Pricklepants are an absolute joy (say it with me: spin-off). While some of the other new toys have a distinctly disturbing quality and may even be a bit too intense for small children. Overall, the plot has a much darker feel to it and may be unsuitable for younger audiences. Parents should definitely consider how sensitive their little ones are before bringing them to see it, as Pop Culture Monster observed that a child at the screening of the film sobbed for a solid twenty minutes. Having said that, many of the adults also turned on the waterworks so you may want to consider how sensitive you yourself are before going to see it.

Overall Toy Story 3 delivers exactly what we’ve coming to expect from Pixar, an engrossing tale that grabs hold of your heartstrings and refuses to let go.

Definitely worth a mention (and almost the price of admission) is the customary Pixar short appearing before the main feature. Pixar have excelled in creating one of their most fascinating and ambitious shorts to date, succeeding in combining the best of classic animation with the latest in 3D technology to bring a charming story to life. Whatever you do, do not arrive late for Toy Story 3 for fear of missing this little gem in the Pixar crown.