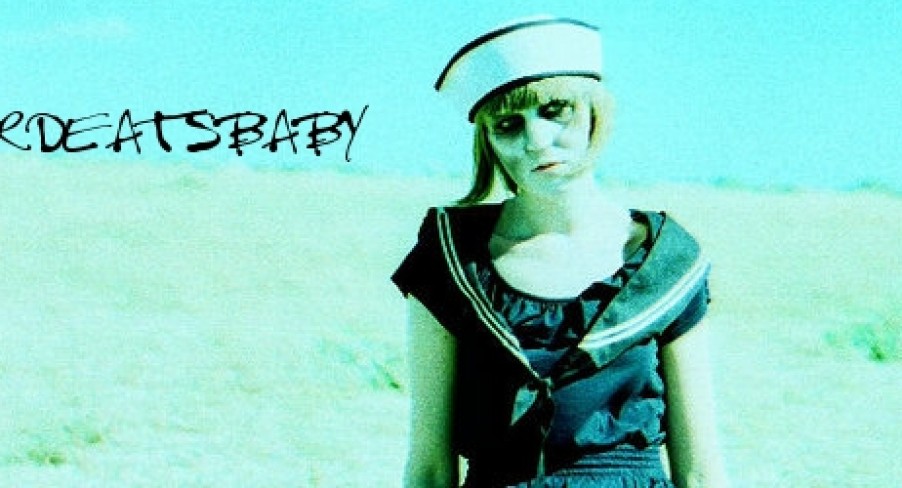 Birdeatsbaby are one of the latest bands I’ve discovered that have given me new hope for the future of music. They’re not your run-of-the-mill band singing about whatever sells. They’re passionate, creative, independent and really give a hoot about their fans! Also, they write and play their own stuff, about meaningful and interesting matters… if you’re into that kind of thing. The Brighton group’s music is dark, theatrical, inspired and possesses a biting wit.  One play through an album gives you enough material for an opera, a tragic autobiography and even a few telenovelas. I caught up with the Birds before their European tour to talk Brighton, the fans and mutated seagulls.

Has music always been a big part of your life?

Keely: Yes, I began playing when I was four. Mish has always loved bashing the piano, Garry and Philippa started a bit later, but we’ve all been listening to music non-stop since childhood. It’s very important to all of us.

What musicians did you idolise growing up? Who covered your bedroom walls?

Mishkin: Brody Dalle was on my wall for a while. She’s hot. But we’re all fans of Queen. If we could have stolen our parent’s record sleeves, we would have plastered the walls with them.

What was it that attracted you to the world of Dark Cabaret?

Keely: We never intentionally tried for that sound, the music just took on a dark, sarcastic edge, and we soon discovered there was other bands just like us, so we were able to give ourselves a genre. Our music is very hard to describe otherwise!

Do you all have similar musical influences in the band, or is it a melting pot of interests?

Keely: No! We have very different musical backgrounds. I was raised on Elvis, Motown, Doo-Wop and Paul Simon. Mish was classical and pop: Rachmaninoff, Queen, Kylie and Chopin. Garry is a big Pink Floyd fan, and Philippa had Nirvana and P.J. Harvey Where did the name Birdeatsbaby come from? I do hope there isn’t a tragic story behind it.

Keely: Well…It was a tragic day. We were promenading along Brighton shore, when a mutant seagull swooped down and carried off a toddler. Just as we always said would happen. It was sad, but we were struck with inspiration for a band name.

*Disclaimer, no children were harmed in the making of this band*

The recent music produced in Brighton is some of the best I’ve heard. Is it really the musical wonderland I’m led to believe?

Mishkin: Well yes and no. It is overflowing with excellent musicians, but because there are so many, they can get lost in the shuffle. It can be frustrating if you’re starting out, and everyone’s worn out from seeing so many ‘up and coming’ bands. It can be difficult to fill a venue, and get your own following. But yes, it is a very inspiring place to be right now. I feel at this moment we should mention a few of the great bands that are out there now Sweet Sweet Lies, Bitter Ruin, The Black Gardenias, Bobby McGees – and we get to play with them all on a regular basis which makes the shows so enjoyable!

The new EP, Bigger Teeth, was just released, on 10/10/10, no less. What can those yet to hear it expect from the record?

Philippa: More. More of everything. If you liked the first record, this one is going to smack you in the face. It’s full of energy and dark humour. And it’s definitely more punk! We are also more comfortable as a band, and I believe that comes across in the music.

On the subject of fans, building a strong connection with them is practically part of your mission statement.

Mishkin: Yes. Absolutely. They are the most important thing to us – without people to support your music, what’s the point? We love getting feedback, and personally, communicating with music fans is my favourite part of the job, I love meeting so many new people all the time, and our lot are such an amazing bunch! The European tour with Bitter Ruin kicks off later this month in the Netherlands. Are you ready to hit the road?

Garry: Hell yes. We are working right up until the day we leave. Our launch party is on the 22nd Oct, and we leave at about 3am on the 23rd! Lots to do still, but we are loving every minute.

What can the lucky audiences expect from a Birdeatsbaby performance?

Keely: Lots of energy. We enjoy every performance, playing the music and feeding off the audience. It sounds like a cliché, but we thrive on the attitude of the audience, it’s infectious. When we get up there, we try to include everyone in the music.

Garry: A new album to record in America! We are very excited, and will continue to write and rehearse songs throughout the year.

Big question; if a Pop Culture Monster was eating your house, what one thing would you save?

Mishkin: My husband. Or my piano. Or my husband should save my piano. Both would be good.

Philippa: My Polaroid photo collection… I’ve been taking them for years!

The new EP, Bigger Teeth, is now available to download and order and a Pop Culture Monster review can be found here. Follow Birdeatsbaby on twitter, or join their Facebook or Myspace. Check out their music videos, directed by drummer Philippa Bloomfield.