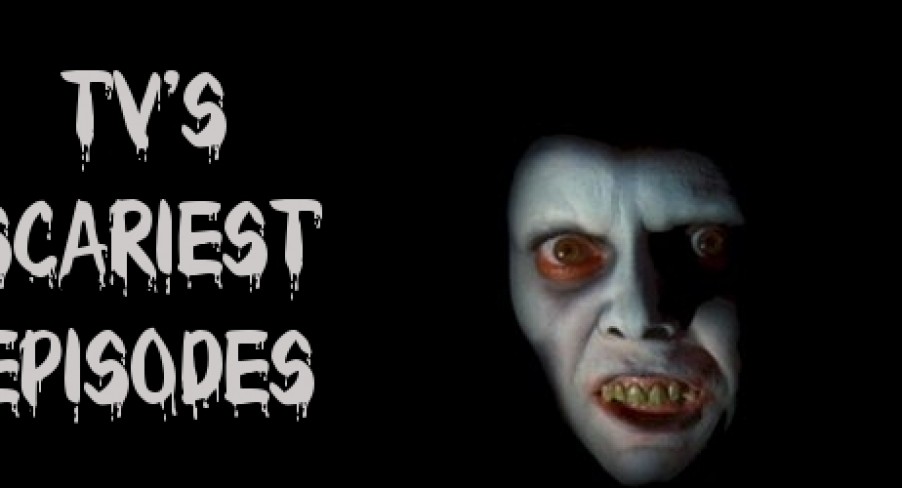 You may not know how much of a coward Pop Culture Monster can be when it comes to scary TV. Here’s a list of his favourite scary episodes. They’ll scare the bejaysus out of you. Be careful.

Buffy has the flu, and so do dozens of children. And there’s one of the scariest demons ever after them. Der Kinderstod. *shudder* The video at about 2mins in has a glimpse of him. This episode is so scary that they rarely show it in the repeats.

After a lot of people are rendered mentally ill by Glory’s brain sucking, a demon known as the Queller arrives to cull them. It preys on Joyce, Buffy’s mom, at home after her brain tumor makes her appear mentally ill. It’s so gross and icky and slimy. Ew.

The season 2 finale pulled out all the scary punches in this explosive episode. Well, there’s no explosions but there is some sacrificial rituals. And Yahtzee. It’s a really creepy episode, and the video below is pretty scary. Hide behind the paws!!

The Kids Are Alright

It’s a commonly accepted fact that little girls are terrifying, but the most terrifying little girls are the ones that are in fact something much more unpleasant. The Kids Are Alright sees Dean and Sam do battle with a hollow-eyed, razor-toothed Changeling in an episode that will ruin Annie for you forever.

In one of Angel’s most terrifying episodes, Spike fights for his afterlife against the twisted Pavayne. The episode features some of the most graphic scenes seen in Angel; from a woman with no arms, to a man cutting off his own fingers. Throw in the danger of being sucked into hell and you’ll be watching this episode from behind the couch.

Despite taking a brief hiatus in the 90s, Doctor Who has – for almost 50 years – been frightening the bejesus out of children aged 5 to 95. So to say the episode Blink is terrifying doesn’t do its pants-soiling horror justice. Not only is the poor viewer terrorised my enemies that move when you’re not watching them, but the Doctor is trapped in the past, powerless to save the day. Fortunately the lovely Carey Mulligan is on hand make the bad monsters go away.

Okay, last Buffy, but this is one of the best: Joss is obviously creepy and twisted, but we love it. It’s got a creepy girlchild singing a creepy song about people coming to take your voice and kill you. That’s shudder-making enough, but add to that possibly the scariest character in the whole show, The Gentlemen, and it’s frightfest 1999 (I KNOW!). But in all seriousness, it really is one of the best Buffy episodes, and an absolute feat of filmmaking – nearly the whole episode is sans dialogue. All. Hail. Joss. p.s. FOX – You SUCK!

Name: Euegene Victor Tooms. Interests: Cannibalism, Bile and Papier Mache. The most unnerving villian to ever grace The X-Files, Tooms appeared not once, but twice, to haunt our vents, sewers and escalators. His first appearance is by far the more terrifying, as he terrorises Scully’s bathroom like Stretch Armstrong gone wrong. Tonight as you go to bed ask yourself: “Did I put the seat down?”

House, MD: Because it turns you into a hypochondriac – it even made one of our contributors think she had Hepatitis A because she had itchy feet. But we’re not saying who it was…

Goosebumps: Because it was scary, and we were kids. And that was scary for us kids of the 80s/90s. Not like them younguns today. Nothing scares them.

Are You Afraid of the Dark?: Yes, yes I am. Thanks for noticing, jerk.