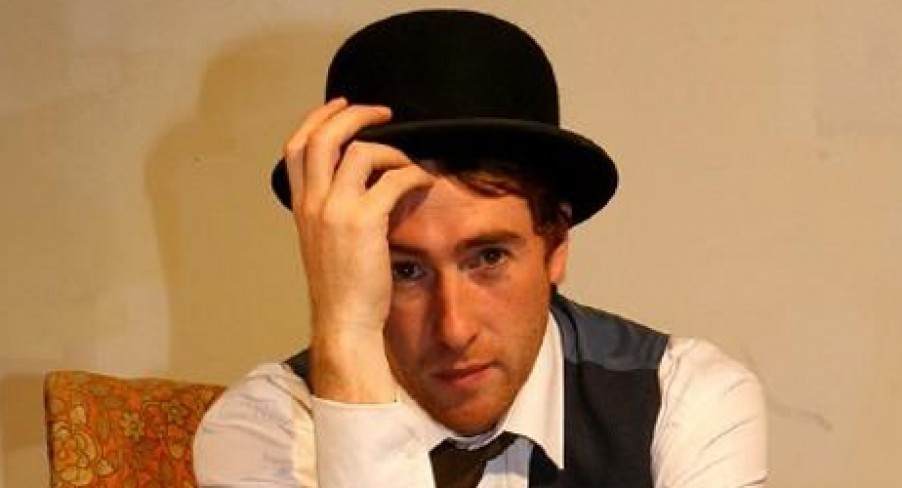 It seems inevitable that every so often up will pop a song that’s sung by yet another freshly packaged and hopeful singer-songwriter bearing a guitar who believes they can fill the boots of those who have gone before them. This in essence is Jamie Lawson. So, who is he exactly? The Plymouth born lad who said his home was empty of music -“No one sang or played anything. We didn’t have any records. My dad would listen to Radio 2 a bit but that was the extent of it.” – may be considered pretty lucky to have played alongside acts like Bob Dylan, the Frames and Damien Rice.

The EP’s namesake Real Thing takes us into Lawson’s realm with the sounds of some orchestrated violins and his trusty guitar. This song alone is the only big track that’s featured on the EP. By this, I mean it has that ‘this could actually be a single’ feel. As an opener it leads listeners to think that maybe, just maybe Lawson can supersede and step out of the shadows of the plethora of ingrained singers who have already done what Lawson aims to do. But that could’ve just been me being a tad too optimistic at the sounds of a newcomer because that thought fled as I listened onwards.

This is Love opens with plucking guitar strings leading Lawson singing about how he ‘can’t hold on but won’t let go’. This reads as completely uninspired and tedious, and was a track that I easily passed over for others. I’m Gonna Love You is in the form of a slow paced acoustic number. His folksome voice and simple yet open lyrics like ‘I’m gonna love you, though I don’t know how to’ make for a love song that doesn’t just harp on about all those airs and graces that love has to offer but still leaves the door ajar for that over sung sappiness of the genre to seep through.

The tempo is brought up a tad with The Touch of Your Hand. Again, Lawson proves that love songs are his speciality. I’m putting this nicely, as it seems he doesn’t do much else, but in this track he does come off as sincere and thankfully not excessively sentimental. The Touch of Your Hand is possibly one of his better moments on the record. Like his influences – Jeff Buckley, Leonard Cohen and Morrissey – he also shows strength in storytelling with the mellow Some Ships, which is a song about destiny, serving as a nice closer to the EP. If this EP is meant to be a taster of what Lawson is capable of, a sign of what makes him stand out amongst the heavy crowd of already established singer-songwriters as well as the growing number of newbies clamouring for the same limelight then Real Thing falls flat. Although, all five tracks are overtly repetitive – five songs highlighting the same thing five different ways – Lawson does show the capability to be creative (even if he’s not an ounce original). The guy can write, play an instrument and actually sing which is a lot more than a hefty chunk of the pop industry can do.

The issue is that none of the songs are exactly memorable bar the title track, Real Thing – and that’s only if it’s been on a loop, though then you run the risk of never wanting to hear it again but maybe that was just my experience! Now, if you can recall the names of all those male singers clad with a guitar whose albums you’ve piled onto your iPod or CD collection, then first of all, bravo! These guys all have records that will feature just one song that captured interest. Don’t believe me? Here’s just a few: James Morrison had his Broken Strings, Jason Mraz told us I’m Yours, Damien Rice sang about his Cannonball, Jack Johnson reminisced about You & Your Heart, Ray LaMontagne had some Trouble, James Blunt thought she was Beautiful, then there’s José González’s Heartbeats and alas the list goes on. For Lawson, the track will be Real Thing. This isn’t to say that anything else he’s done or will do (if he sticks around) will ever be as catchy or as known, it just means that there will be those who’ll say they’re devoted fans and yet can only name a track or two from his repertoire.

I doubt that there’ll ever be a lull of these male singer-songwriters but for our favourites who have disappeared off the scene or are taking to long to grace fans with a new material, I guess Jamie Lawson can count his blessing as he is a good enough filler.