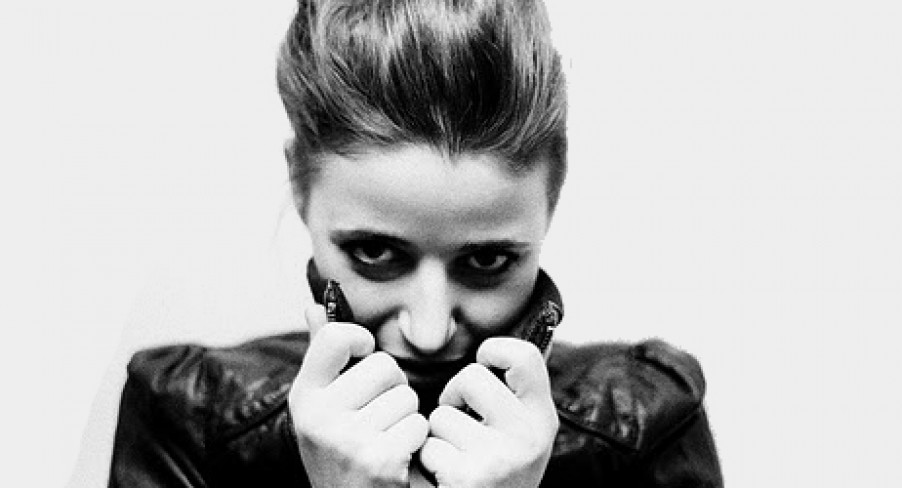 There’s always one special person you hold in your heart forever, even long after they’re no longer in your life. Pop Culture Monster is on the look out for that person. After many unsuccessful attempts at picking up people in bars and libraries, he has had to resort to speed dating.

His first speed date comes in the form of the lovely YADi, the new music sensation setting the blogosphere on fire since her demo GUiLLOTiNE first appeared on her MySpace page. (If you haven’t heard her yet, head on over to MySpace, or check out here.) But will she set Pop Culture Monster’s heart on fire? Literally? We hear she’s a bit of a pyro.

If you were a stalker, would you be really good at it?

If you could choose a superpower, what would it be and why? And would you use it for good or evil?

All superheroes have a bit of bad in them. That’s the bit I like. I’d be good to the good people and fight the baddies! I’d be able to fly so I don’t have to take the train – I REALLY hate trains at the moment. I got a fine the other day, even though I had a ticket. My rail card was out of date, granted, but the man was really mean about it and not only made me pay for another ticket, but kicked me off the train and sent me a fine in the post too! I’d love to prank that dude a la Amélie. You know when they switch that guys slippers for a smaller pair and change his light bulbs for dimmer ones and it really messes with his mind? That’s the kind of thing I’m talking about. Rant over.

At the Olympic Games for people with excellent dating histories, would you win a medal?

What was your childhood teddy bear called and do you still have him?

Never had one as a child. I have one now. Perhaps one is a result of the other? I was more into rugby and climbing trees, still am really.

If you were an alien, with your very own spaceship and you could abduct anyone on earth. Who would you abduct and why?

Do you stir your coffee clockwise or anti-clockwise?

Anti, but I’m not much of a coffee drinker, come find me when you’re ready to discuss tea. Now there’s a drink.

Who would you call for bail money?

Oooh, I’m not the biggest fan of Karaoke. It’s like a ‘ruining great songs factory’. But I will happily belt out any Stevie Wonder tune in the shower!

What embarrassing incident would you absolutely refuse to tell me about? No, go on, you can tell me, I feel we’ve become close.

I did try to climb into David Guetta’s dj box the other week in Pacha, I just wanted to say hello to Tinie Tempah alright! I was, however, swiftly wrestled to the ground by a bouncer, I slipped away unnoticed like a little raving ferret into the sweating crowd. Nice. (Tinie if you’re out there give me a call…)

What do Chinese people call their good plates?

Mainly ones about cheese, cheese is big at the moment.

Pop culture Monster, the cookie monster would only be good if you could eat him.

Do you believe The Truth is Out There?

If it is, it will never be found. People go mad that way, best to stop thinking about it ay.

If I were to eat your house, what one thing would you save?

Will you still love me tomorrow?

I’ll think about it.