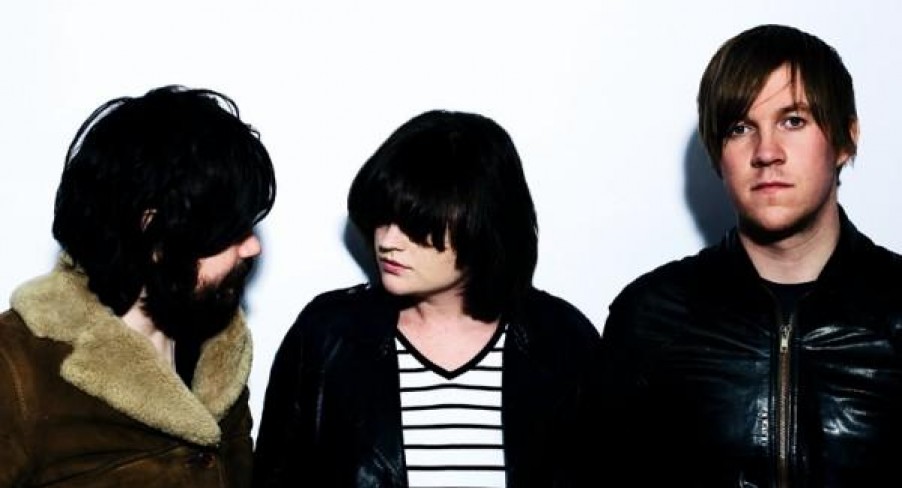 This week, PopCultureMonster got a chance to speak to Lydia Des Dolles from the Irish indie rock band Sweet Jane. Tipped to be the “Hope For 2010”, this 4 piece is surely going to be one of PopCultureMonster’s Sounds of Summer 2010. The next few months see the band play numerous gigs around Ireland and the UK on their promotional tour, but PopCultureMonster wanted the scoop on where it all started and how they got here…

Are you often confused with The Velvet Underground’s 1970’s track Sweet Jane?

Yes, all the time. We knew what we were getting ourselves into calling the band this name, but we had more of an emotional connection to the name from stuff that had happened to us in the past than it just being about that song or the Velvet Underground y’know?

How did you all meet?

I was at a house-party a couple years back, Ruairi was there and I’d met him a couple of times, so spoke to him, and he introduced me to Danda, we sort of hit off and spent 3 days in a bar drinking and talking total crap. We didn’t see each other for a bit and then we started hanging out all the time and Danda brought this little 10 track to my apartment and we started demo-ing a lot of the songs that ended up on our Blackboots & Blackhearts EP.

What inspired you to start making music together?

I don’t think there was an initial inspiration, Danda wanted a girl to sing on some of the music he had been writing, I didn’t really understand why he needed me to sing on them I wasn’t interested in being Emmylou Harris on a Gram Parsons record, but I did it, I was so shy about it, I recorded the vocals sitting on the floor of my wardrobe, that’s how it started, I think the reason why I work so hard with this band is because I constantly think I’m still a pretty shit singer that has to earn her way and get better, y’know? [laughs]

Were totally all different when it comes to music and influences, I’m a lot younger than the boys so my influences and what I grew up on are all pretty distorted to their ones. Right now Danda is in this submergence of country music, Ruairi and Donagh are pretty much musical libraries, or musical sponges. Me, I’m way to much of a narcissist to get influenced or inspired by another artist, in a sort of ”I started a band because of that person”, I find pieces of inspiration from all aspects of life, y’know fashion, creative people not just music, and I like trying to find girls in bands that are pretty kick-ass, just so I can know my competition and can get better. [laughs]

I don’t really own anything of value, I’ve pretty much lived out of a suitcase since I was 17, so because I’m constantly moving I don’t have much but y’know some vinyl and some leather jackets, I know what I’d take, my teddy bear, he’s called Teddy, I love him, he’s always there, never talks back, love him! But my dogs and my cat live with my parents, I’ve got 3 Japanese Akitas [Niro | Lhara | Dutchy] and cat is called Wednesday, so if the PopMonsta’ is at their house I’m saving them!

I don’t have a car, or an iPod, but I can tell you that right now there is a Ryan Adam’s one in my record player at home.

Probably ‘Bleed’, mainly because it’s the first song in our set, and its gets people excited, but come on, I love all our songs.

No no no, I never take my sunglasses off, so you can never see me eyes, and it’s all in the eyes y’know.

Where’s your favourite venue to play?

We just recently played Kelly’s in Galway, that was a great date, we went to Connemara to film a song for this TV show out there, and then we got to the venue, we all got greeted at the door, they gave us an awesome dinner, a great engineer, sound check was drama-less, great rider, and the promoter was a sweet-heart, it makes a difference when you live on our van y’know?

Any advice for budding bands/artists?

Not really, I will when I’m Bono! I guess it’s pretty important to listen to your instinct. Do what you want, know, don’t listen to anyone else and realise that when people stand in your way, or talk shit about you, it’s because they don’t have a date on Saturday nights and you do….

YOU SHOULD HAVE LISTENED TO ME WHEN I TOLD YOU I WAS RIGHT!

Any info on tours/albums or any shameless plugging?

Yes, of course, always, our album, debut album Sugar for my Soul is released in May/June this year, were in the UK in May and lots of Irish tour dates for June, and then its the festival season!!

All the tour and album info can be found on the band’s MySpace and Lydia and Danda update regularly on their Twitter, and you should join them on Facebook too. You can also download their music at DownloadMusic.ie