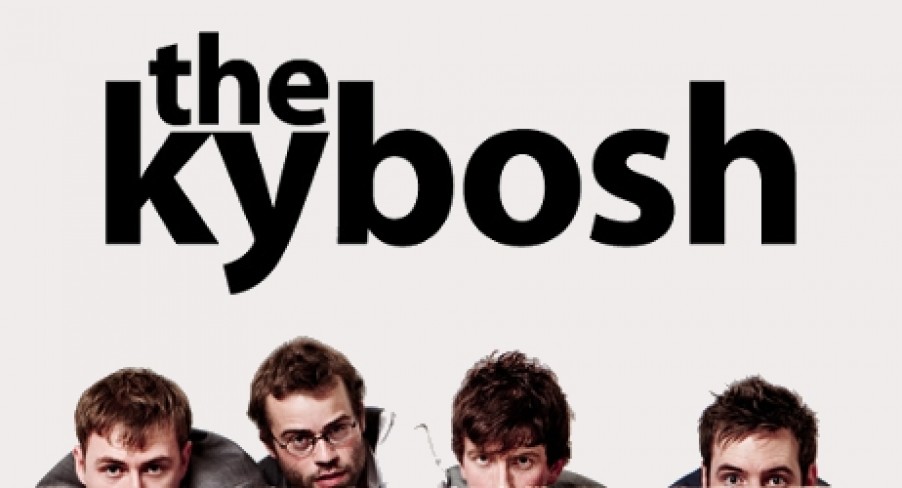 After a brief hiatus, the Kybosh are back with their brand new EP Ignorance and Pop Culture Monster has the scoop. The band is made up of brothers Rob and Donal Cumiskey, Brian Higgins and Anthony Doyle and are based in Dublin. They released their mini-album Until We Are Lost in 2008 to glowing reviews and were tipped as one of the most promising acts of 2008 by the Independent.

The first track, Sunless, sounds evocative of a laid back summer road trip, but the lyrics tell a different story. Donal’s voice fights for the foreground with the guitars at times and is lost at points. Within the overall sound, however, it seems that his vocals are utilised as another instrument rather than the focus of the band giving a cohesive property.

Ignorance has an impressive and distinctive opening on the theramin which fades nicely and continues throughout the song. There’s a Muse like quality to the lyrics and a new wave timbre to the guitar riffs.

Rise is the stand out track on the album for Pop Culture Monster. Bridging post-punk and indie rock, the track blends memorable melodies and 21st century rock sensibilities. The roaring guitar riff weaves fluidly around a robust bassline. The drums take a backseat to leave the tune speak for itself and in its case, it’s speaking all the right words.

Something tells me the name won’t be a jinx and these guys will go far.

The guys have kindly given us 2 pairs of tickets to the EP launch at Whelan’s on October 6th along with 2 copies of the EP. All you have to do is email ciaran@popculturemonster.com and tell us you want to go. Winners will be notified by Wednesday September 29th.

Below is the video for the first single released from the EP, Ignorance.