5 Webseries I Want More Of 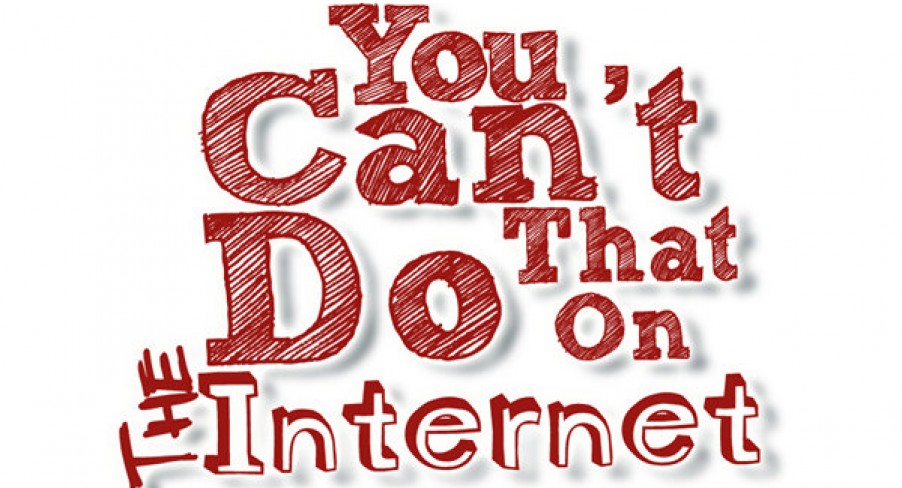 More and more webseries are cropping up over the Interweb each day. With that said, it also means more and more terrible webseries are cropping up each day. So how do you know which to choose and which to pass over? Well, you get someone else to watch them and tell you what they’re like. Unfortunately, PopCultureMonster doesn’t have anyone to watch them for him so he has to troll through the crap to get to the good stuff, and fortunately for those in need of a good webseries he’s compiled his list of 5 new(ish) webseries that he likes and wants more of. There’s drama and comedy, so whichever you like best, you can’t go wrong with any of these.

1. You Can’t Do That On The Internet “Face it – we’re all Internet junkies.”

Facebook, Myspace, Twitter, IM, Blogs, E-mail, Text. We’re all a bit addicted, but what happens when it gets out of hand? This webseries! The premise is a group of 7 individuals trying to combat their cyber addictions by giving up all of their technology and actually having face-to-face conversations. And not just over Skype. Written and Directed by Kate Sargeant who also stars in it, this show is painfully funny, cringe inducing and altogether relateable. It also has one of the best opening credit sequences I’ve ever seen, and the original song is great. One reason to watch: ‘lil Angel K8’s dirty Skype chat. Their season finale is coming soon, but check out all the episodes and “minisodes”  on the official site or YouTube. “Remeber – you asked for this.

A tense, psychological thriller with a a gripping storyline. Two people are locked in cells opposite each other in a basement, fighting for their lives and minds. The story centres around the two characters (The Guy and The Girl) and their fight through the mental and sometimes physical torture and confinement. It is edge of your seat, gripping material. It’s very obvious from the outset that The Girl is suffering from some form of Stockholm Syndrome and amnesia has set in. The acting is wonderful and the lighting, music and directing is very close and tight which only adds to the idea of being trapped. A claustrophobic person’s nightmare, this is proving to be a hugely entertaining and absorbing story as you slowly get into the mind of all the characters. One reason to watch: Jourdan Gibson’s wonderful, Streamy worthy portrayal of The Girl. A really stellar performance. You can check out episode 1-8 on the official website or on KoldCast TV. “Liver damage only happens after 30.”

A hilarious webseries revolving around the lives of two young, semi-alcoholic, hipsters in Los Angeles living the life of a party-goer, who’s “with the band.” It’s intelligent and hilarious, and already garnering a lot of attention after only five episodes. Inspired by British sitcoms like AbFab, Green Wing and Peep Show, it has already proved to be as outlandish and surreal as AbFab, which in PopCultureMonster’s books makes it just the thing the Internet needs. Written by and starring Vivian Kerr along with Heleya de Barros, it’s young, it’s fresh and it’s funny, what more could you ask for? One reason to watch: the hilarious one liners. See Marci and Elle detox, bail out of a moving car and discuss liver damage on the official website or KoldCast TV. A noir mystery revolving around Charlie Madson, who is forced to live in middle America under a false identity to escape his criminal past. It explores “Ron Harlin” (Madson) and his attempts to live low and attend his weekly alcoholism recovery meetings who is forced to take on a job of “questionable nature” in order to provide himself with a little income to live on. Ron tries to escape his past while his past tries to find him. A very engaging cast, and storyline it is original, funny and dramatic. Written, directed, created and starring Dylan Kussman, it is one of the most original webseries I have found. One reason to watch: Dylan Kussman’s brooding portrayal of Charlie/Ron along with the Vlog’s that accompany the series. You can watch the series on the official website, KoldCast TV or YouTube. “Okay, okay you gentlemen of disgrace.”

A hilarious look at the world of speed dating. But this one comes with a twist: speed dating outside your faith. Whether you’re Jewish, Christian, Muslim or anything else, you can find a date outside your faith. Saddle up for some excommunication as this tackles the age old no no. Written and produced by Patrick Bardwell, the cast are brilliant and the dialogue is hilarious and succint. Ever so non-PC, and yet hugely diverse, it is definitely one of my favourite shows this year so far and I for one cannot wait until the next season. One reason to watch: Lauren, the “matchmaking shepherd” and her catty comments. You can watch the series on the official website.