Big Week For The CW’s Arrow-verse 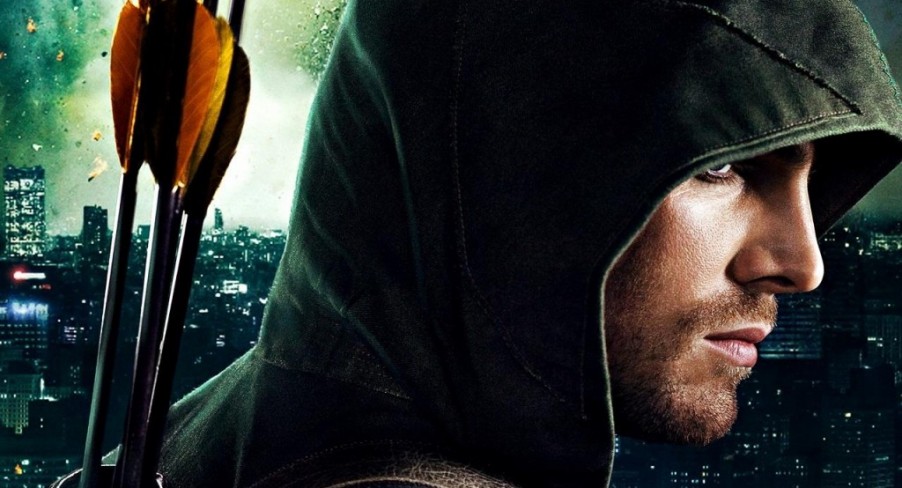 We’ll start with the many stories about The Flash. Tuesday saw the release of our first look at Wentworth Miller as Captain Cold. For the uninitiated, Captain Cold is the leader of the Rogues and one of Flash’s oldest and most important villains. DC CCO Geoff Johns posted the pictures on his instagram which show Miller with goggles and a pretty classic looking freeze ray, overall he’s looking about as badass as we could all collectively hope for. He’s even got a parka in the second picture which, as a big fan of the character, made me probably a little bit too happy to see. 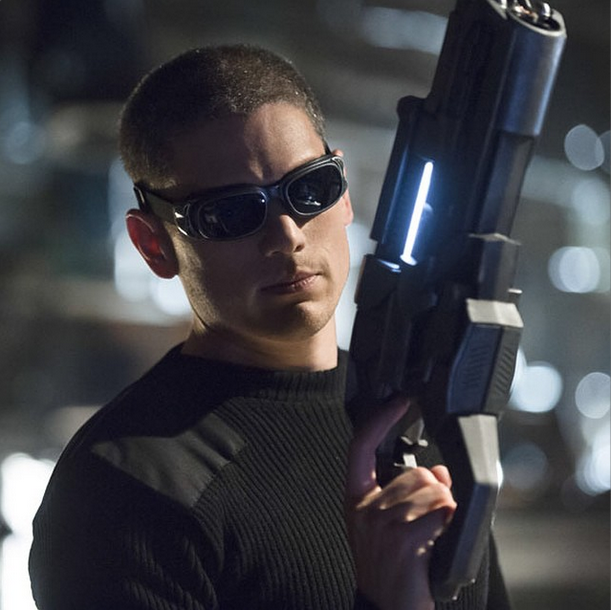 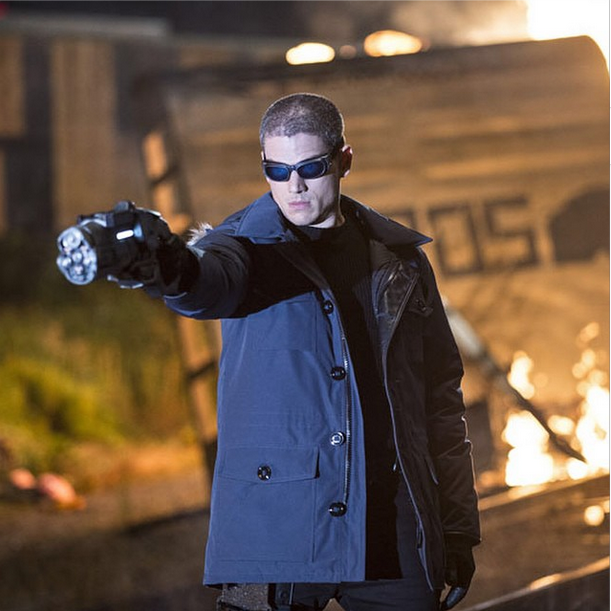 Tuesday also saw the show’s premiere in the States. Critics have been very complimentary and while I won’t do review I’ll definitely say that they absolutely nailed it and that everyone should drop whatever they’re doing and go watch it because it’s fucking awesome. Wednesday saw the release of the ratings numbers and The Flash pulled in an impressive haul. It managed to nab 4.5 million viewers, The CW’s highest rated premiere since The Vampire Diaries back in 2009. That may not seem like that many when compared to, say, Fox’s Gotham premiere which pulled in over 8 million, but The CW is a cable channel and 4.5 million is incredibly impressive when it’s a channel you have to pay to watch.
That’s certainly not the end of The Flash news as today there’s been another flurry. First we had new set pics leaked online which show the Reverse-Flash in all his glory. In the comics this is Eobard Thawne, who actually calls himself Professor Zoom. In the show Thawne is Iris West’s father’s partner and whether he’ll end up playing Zoom is still up in the air. All us comics purists can still hold out hope. The pictures show Flash and Zoom fighting, which will presumably be sped up to super speed in the show. 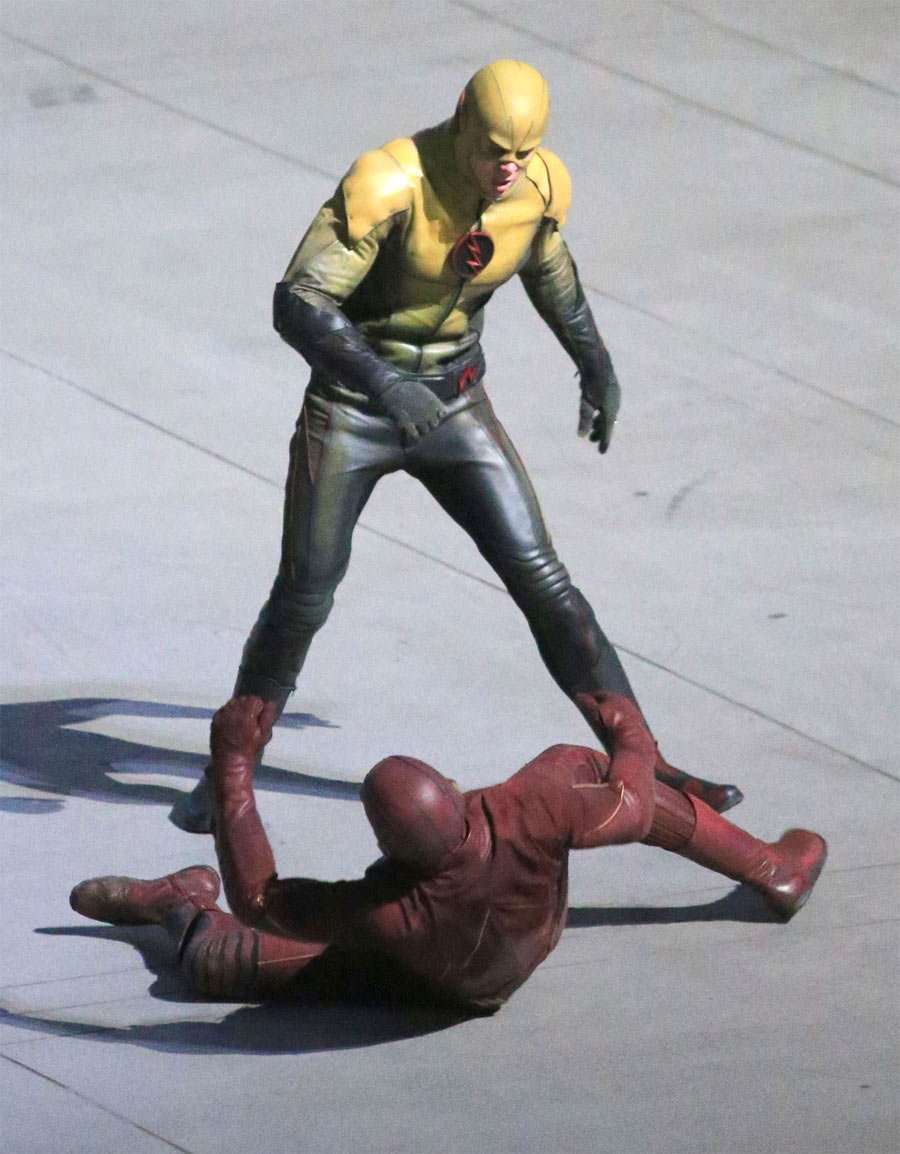 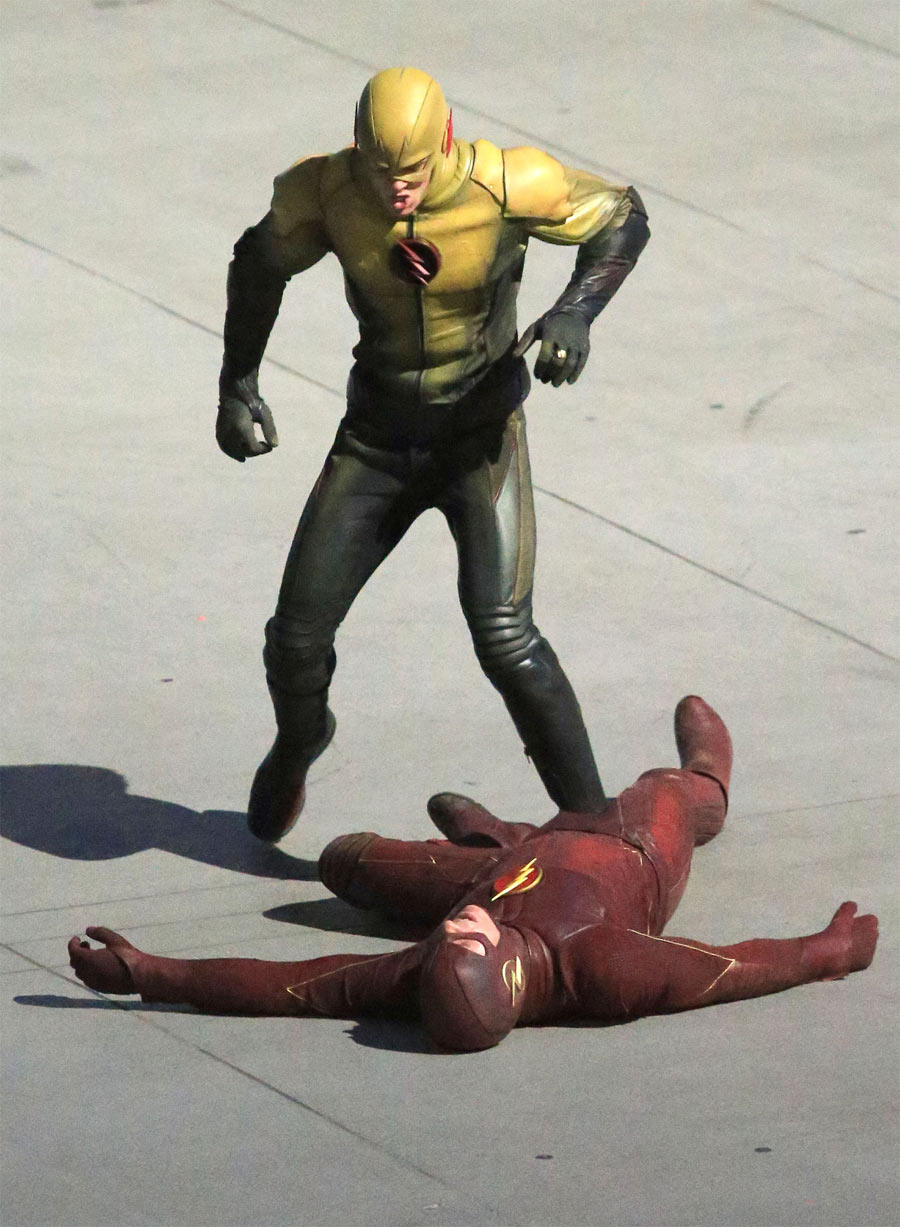 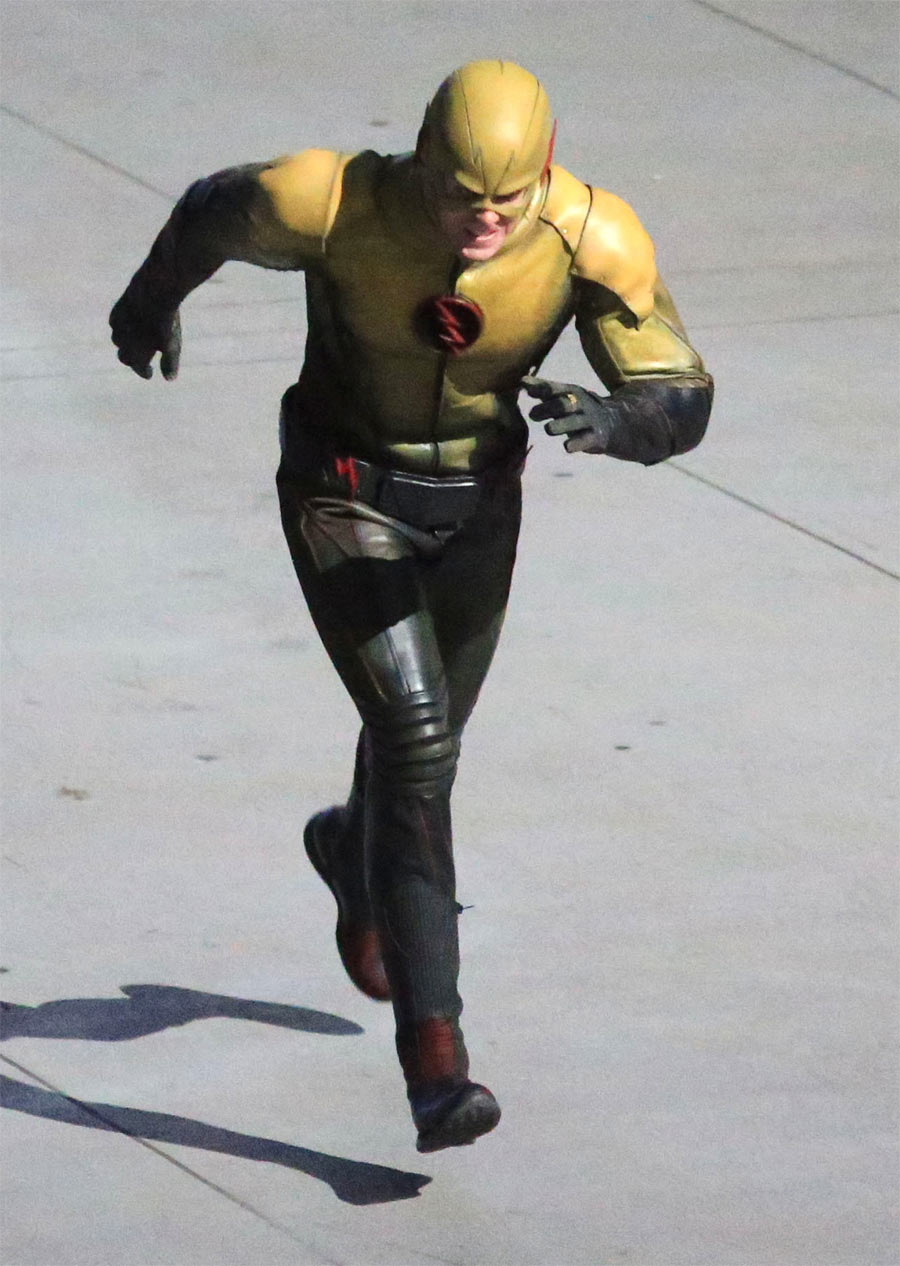 Later in the day we got news that the second half of the DC Comics’s character Firestorm had been cast. The Hollywood Reporter reports that TV and film veteran Victor Garber will play Dr. Martin Stein, the experienced and intelligent side to Robbie Amell’s Ronnie Raymond. In the comics the two characters merge minds to become Firestorm, a hero who can transmute elements. Soon after, more casting news appeared online. This time it was the turn of Smash‘s Andy Mientus to be cast as the Pied Piper, another stalwart member of the Rogues. Interestingly the report claims that they have no intention of backing away from the character’s openly gay origins in comics. Having an openly gay character will be interesting and the reception it receives will certainly be interesting to watch.

Let’s not forget that season 3 of Arrow began with a serious bang last night. I won’t spoil anything but HOLY SHIT.  The season premiere boasted some pretty impressive numbers of its own, beating both last year’s premiere and finale and landing a total of 2.79 million viewers. If you’ve already watched the episode there are a few interviews online with Marc Guggenheim who explains why exactly what happened in that episode happened. If you haven’t, something pretty huge happens and I would recommend you watch it ASAP.

In other, more vague news, in an interview with Buzzfeed the President of The CW revealed that DC were in talks over a 3rd adaptation. He couldn’t say what character they were targeting but there are a number of possibilities, which I’ll cover in an article to come soon.

So there’s your wrap up of all the news coming out of the Arrow-verse this week. Check back over the next few days for a list of possible properties that could be on The CW’s collective mind for adaptation and addition to the shared universe.