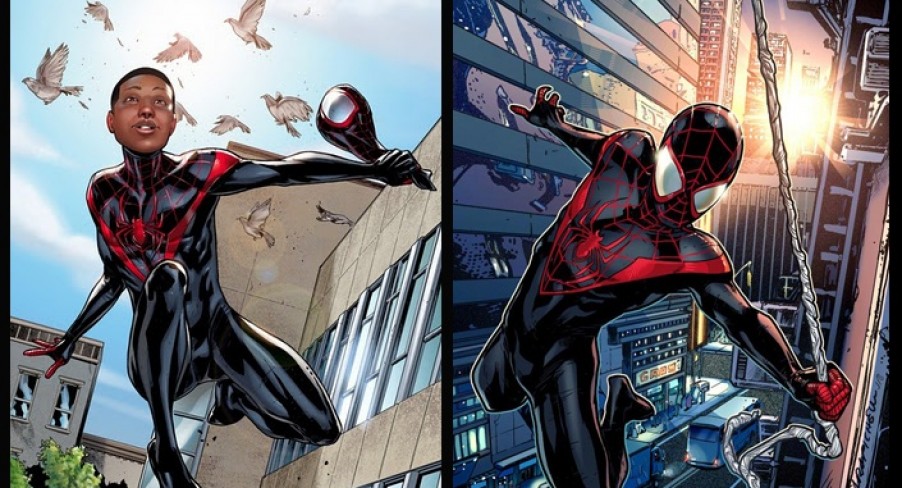 Donald Glover has finally been given the chance to play the character which he inspired, Miles Morales. The former Community star will be lending his voice in the alternate-dimension-trotting third season of Disney’s Ultimate Spider-Man cartoon. The show will be following a similar story to the upcoming “Spider-Verse” event in the comics, where the mainstream Marvel U’s Peter Parker will be teaming up with, and I quote, “[e]very Spider-Man ever” to fight a threat to the Multiverse. The show will follow Peter as he teams up with the likes of Miles Morales, Spider-Man 2099 and the Amazing Spider-Girl in a series that will have the subtitle “Web Warriors”.

Glover had a huge influence on Morales’ creator Brian Michael Bendis, who was inspired by seeing Glover in Spider-Man pajamas in the opening sequence of season 2 of Community. Glover’s outfit in the sequence was a reference to the controversy in 2010/2011 where some journalists and creators began to question why the rebooted Spider-Man in Sony’s franchise would have to be white, prompting Glover to start a campaign to get himself an audition for the role. It, of course, went to Andrew Garfield but Bendis ended up killing Peter Parker in Marvel’s “Ultimate” line, designed to modernise classic characters and concepts, and introduced a black Spider-Man in 2011. All of this prompted a bit of a weird and very racist reaction online where a certain group of fans began to protest the idea of a black Spider-Man.

With Morales getting his debut in other media pretty soon, could we eventually get a black Spider-Man on the big screen? Not likely for the foreseeable future, with Sony seemingly planning to build a franchise around Garfield but we can always hope. Even with Falcon. and the possibility of Cyborg in 2016’s Batman vs. Superman: Dawn of Justice we’re severely lacking in not-white-guy superheroes who might actually be a leading hero. It’d be lovely to have such a major superhero franchise headed up by a minority actor. That’s probably too much to hope for though.