We Need to Talk About the Emmys 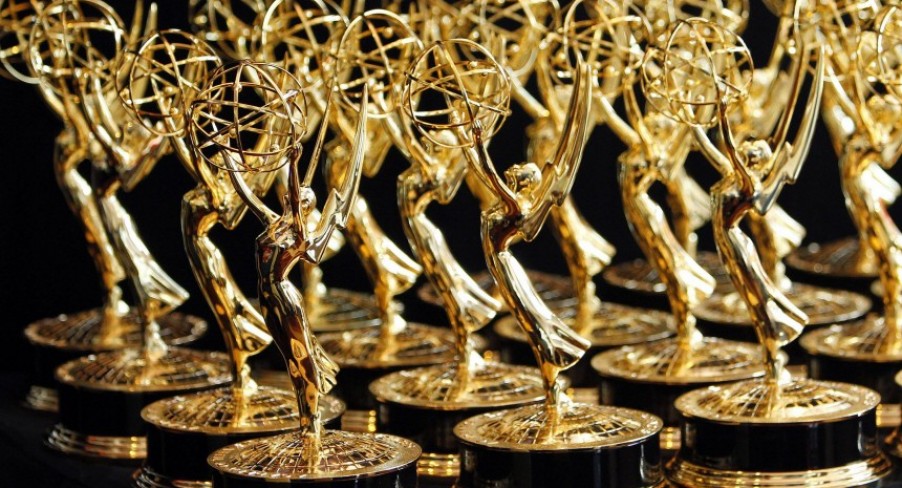 Seriously, we really do. We need to sit down and really think about what happened at the Emmys last night. This isn’t a post-mortem “oh god why did I do that predictions post I got so many wrong don’t even look at it no seriously don’t look at my shame“. Honestly, it’s not. I freely admit every year that I always inevitably get those predictions wrong. Why? Because I generally don’t try to predict what the Academy voters will vote for. Instead I try to predict that they might actually award everyone who really deserves it this year. I swear this day is coming, I just don’t know when. So I’m sticking with my formula, no matter how badly it pays off year after year.

First off, can we please talk about Amy Poehler? Because we need to talk about Amy Poehler. Could we arrange it so that Amy Poehler presents every goddamn awards show that this fine earth has? Because Amy Poehler is a goddess of comedy – which the Academy voters seem to know because they always invite her to present and she always delivers, but never actually acknowledge because, seriously, Leslie Knope needs a goddamn Emmy. But that’s never going to happen, so we’re giving her an award now. Yeah, suckers.

Now while we’re on the comedy bit. Can we please talk about Jim Parsons? Because we need to talk about Jim Parsons. I like Jim Parsons, don’t get me wrong, but I don’t 3-Emmys-in-4-years like him, y’know? I mean, Sheldon is a fine role. It was sort of groundbreaking when he won the first one for that type of role. But everyone in their heart of hearts knows that neither Sheldon nor that show has been any good since his win in 2011. So why are we still awarding him for it? What about Louis CK? Seriously, Academy? Seriously? Can we also talk about the snooze-fest that was the Leading Actor in a Comedy category?

Next on Sick Sad World: Is that the best there is out there in terms of male leads in comedy? The answer may surprise you.

But it probably won’t surprise you. The answer is no. There’s lots more leading men in comedy that are far superior to that lacklustre bunch (not you, Louis. We good. We good.)

Can we please talk about Modern Family? Because we need to talk about Modern Family. In case you didn’t know, or couldn’t guess, Modern Family won Outstanding Comedy Series again, for the 5th time in a row. Let that sink in. This is a show that used to be an hilarious 22 minute romp about a semi-dysfunctional family. Used to be. Now, it’s degenerated into something akin to a bad Jonathan Franzen novel. It’s basically about a family who desperately hate each other and their pet Phil Dunphy. It’s getting worse by the season. And everyone knows it, except the Academy clearly.

Speaking of Modern Family. Can we please talk about Sofia Vergara? Because we need to talk about Sofia Vergara. More specifically, we need to talk about how Sofia was treated at the Emmy ceremony. Sofia was placed on a rotating pedestal as Television Arts and Sciences President Bruce Rosenblum used her body, rotating there like a car at a showroom, as evidence that TV has given countless audiences “something to look at”. Look, I appreciate that Sofia is always game for a laugh, but the ick factor here was off the fucking scale. Like I don’t think you’re outraged enough about this. This is the highest paid actress on television, reduced to nothing but a body, an object, spinning around on a pedestal, getting her ass clapped for, not long after Julianna Marguiles declared “what a wonderful time for women on television”. I MEAN, WHAT?

I guess Julianna’s speech was cut short and what she really meant to say was “what a wonderful time for women on television, unless you’re Sofia Vergara.”

Can we please talk about Martin Freeman? Because we need to talk about Martin Freeman. Especially how he won an award, but it wasn’t the one he should have won. Apparently the idea of something that’s award-worthy is that it’s made in Britain, and stars some posh people with posh accents, probably things like “spiffy” and “gosh”. So Martin Freeman wins an award, in the supporting actor category for his work in Sherlock, which is decent at best really. Not like his work in Fargo, which is superb. But that would mean that the Academy couldn’t give aul Benny an award for his Sherlock character, and that couldn’t possibly have happened, could it? Because he’s also a “quirky”, sexless being and we know how much the Academy loves that (*cough* Sheldon Cooper *cough*). So Martin’s award was basically the Emmy equivalent of the apology award the Oscars had to give to Julie Andrews for Mary Poppins after Audrey Hepburn stole her role in My Fair Lady. And that’s fucking shameful if you ask me.