The Guild – Interview with Sean Becker 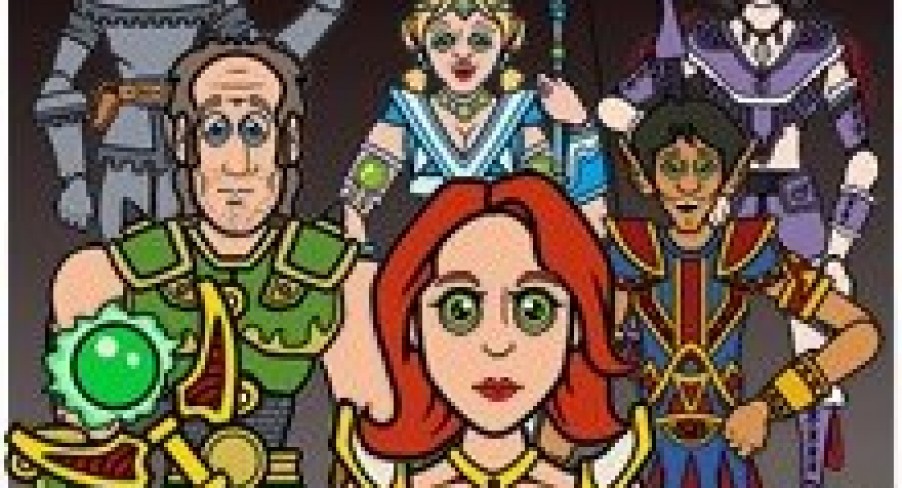 When The Guild Director Sean Becker agreed to do an interview for PopCultureMonster, a duel broke out in the office. We tried to go all Roman Gladiator on it, but we couldn’t find a lion on such short notice; or a useable Coliseum at that. So alas, it took the form of Office Olympics: 4 hours, 4 events. A Web Musical sing-off, a superhero superpower quick fire question round, a Street Fighter IV tournament, and of course, the Name That Joss Whedon TV Show show. Unfortunately, this yielded no more than a few bum notes and some sore thumbs. In the end we flipped a coin, and here’s what happened…

Were you a fan of The Guild before you took over as director in Season 2?

I knew of The Guild but had only seen a few episodes at the time.  When I was asked to direct the show, I went back and watched all of the first season and became a huge fan.  I still get excited when Felicia sends me new drafts of script because I get to read new Guild episodes and see what happens to these great characters before anyone else does.

How did you become involved in the series?

I had worked previously with Kim Evey (Guild Producer) and Greg Benson (Guild Season 1 Director) on other web shows such as Comedy Gumbo and Gorgeous Tiny Chicken Machine Show.  When Season 2 of The Guild was announced, Greg was busy with another project and wasn’t available to continue directing.  They both approached me and asked if I would want to come on and direct the first 4 episodes of the new season which led to directing the remainder of season 2 as well as season 3. Was there anything you found difficult in taking on such a big project?

Prior to working on “The Guild”, most of my film making experience came from very low to no budget projects based off of material that I had written myself.  This would be the first time I would direct something, not only with a decent budget, but with a script written by someone else.  I knew the pressure of taking on an already successful show with a fan base built in and, at the least, maintaining expectations from the first season.  Plus side to all this is that since this world and its main characters were already established, I had something to build on from the start.

So what changes in direction do we see in Season 3?

Season 3’s tone is darker than the previous seasons.  We introduce a whole new rival guild, The Axis of Anarchy.  Throughout the season, they interfere with The Knights of Good both online and in real life.  This conflict builds throughout the season, breaking down the Knights Of Good, until there is almost nothing left.  At their lowest point, the Knights of Good finally pick themselves up and go face to face with the Axis of Anarchy, both online in real life.

What was it like having Wil Wheaton come on board?

Wil is great.  As an actor, he was very dedicated to making sure he was portraying the character of Fawkes as Felicia had intended in her writing.  I mentioned earlier that, when I started on The Guild, I was fortunate to take characters that were already established.  Since Fawkes was not only a new character, but the leader of rival guild played by a known TV actor, we had to make sure that he was established as a likable villain that the audience would accept as a major part of this show.  Wil was very open to collaboration with Felicia, Kim and myself in making sure we were doing the character justice, and I am very happy with the result.  It’s fun to see Wil play evil because it’s the complete opposite of what he’s like in real life.

Any info on whether it will be back for Season 4?

This is your second season to be nominated for a Streamy. Is it as exciting this time around?

Of course, especially with so many new web shows being created in the past year, there is a lot of competition.  I was actually at my parents’ house when the nominations were announced.  They don’t go online and always seem to learn about stuff like this afterwards, so it was nice to share my nomination announcement with them.

I’m a console gamer.  I’ve actually never played World of Warcraft.  I feel like if I started playing WoW at this point, I’d be so late to the party and my inexperience will make everyone hate me.  I would be Mr. Wiggly from The Guild.  So instead I’ll stick with my Xbox 360 and Nintendo DS as reasons to procrastinate.  Games I’ve been enjoying lately are Street Fighter IV, Beatles Rock Band, Left 4 Dead 2, and Batman: Arkham Asylum.

Okay, honestly, working with Felicia Day must be a nightmare. How do you cope? 😛

She’s the worst.  I’m currently seeing 3 therapists to deal with her madness…..

Seriously though, Felicia is one of the hardest working people I have ever met.  It’s inspiring to see how dedicated she is to her work and much she can get done in a single day.  I have a theory that Felicia is 2 people, both named Felicia to avoid any confusion.  It’s the only logical explanation that makes any amount of sense.  How else would she have time to play video games and read fantasy novels?  I’ve read 3 books ever and two of those were actually magazines.

Are you frequently confused with the New Zealand Olympic Curler Sean Becker?

Every day of my life.  At least he has a Wikipedia page…

Sean is currently working with Jeff Lewis, who plays Vork in The Guild, on a new comedy sketch show called The Jeff Lewis 5-Minute Comedy Hour. The show is a collection of sketches that Jeff Lewis wrote during his time with the Acme Company.  Jeff also stars in the show, with Sean directing.  Each episode features a single sketch and includes guest stars from both the TV and web world.  He told us to “keep an eye out for plenty of cameos from the cast of The Guild.” The show will launch with a 10-episode season sometime in Spring. Keep checking back as we will have a special feature on this new show closer to its launch.