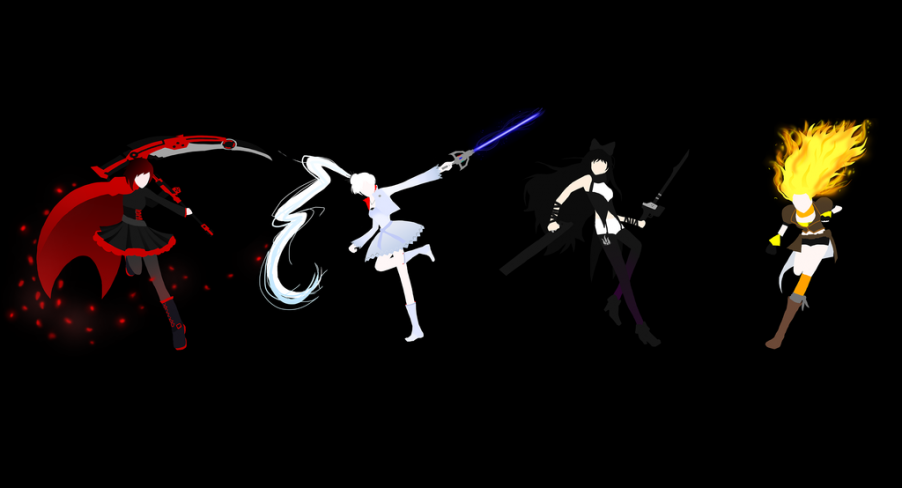 This week’s episode has a pretty no nonsense start as we’re thrown immediately into the fallout from the break in at the end of the previous episode. After taking a break for the second episode of World of Remnant, we deal with the direct consequences in the first scene here. Things begin to come together in this scene as we’re at the half-way point in the volume (as far as I can remember they said it was 15 episodes? Roughly?) so it makes sense that we’d begin to get an end game teased. The whole conversation between Ruby and Ozpin is well written and acted and there’s a definite sense that this is all leading somewhere. There are a few interesting moments of silence here, in particular between Ozpin and the General, which leave us wondering who’s hiding what and who’s being honest. The scene certainly has an interesting dynamic and provides the seemingly mandatory piece of drama in every episode this volume. The resulting discussion between the three “adults” is very ominous indeed and feeds into the feeling that something very big is coming towards the end of this volume.

Next up is another scene between the four girls which, as usual, is very good. It hits all its beats, both emotional and comedic, very well and it’s quite well animated. That’s something I must comment on actually, after the blunder on animating the rooftop running scene in the last episode, which the entire internet seemed to have a fit over, this week’s episode is quite well animated and although some of it is clunky (to be expected at this point) none of it is awful and it’s nice to see that.

Ozpin’s speech in the next scene is pretty fucking awesome. It delves into the history of the world that they’ve created, something which they haven’t done nearly enough of so far. The explanation of the naming rituals is quite nice and gives some perspective on the weirdness of the names. The rest of the episode pretty much just melds into setup for the coming weeks and I think that’s the problem with this episode. It’s not bad, it’s actually quite good at what it does. And it certainly feels necessary for them to have an episode like this in order to facilitate what I assume will be some crazy shit going down in later episodes.

Overall it was a pretty decent episode. Solid animation, good voice acting and writing all add up to a nice experience. It’s very setup heavy though and you feel like you have to watch it more than you want to, which can be a problem on subsequent viewings. If you’re following the series, it’s a must watch as it sets up so many ideas and plot lines that you’ll definitely get left behind if you miss it but I certainly wouldn’t recommend it to first time viewers.

Tune in next week to see, I should hope, a little bit of payoff for some of the stuff set up this week.