The Guild – Interview with Amy Okuda 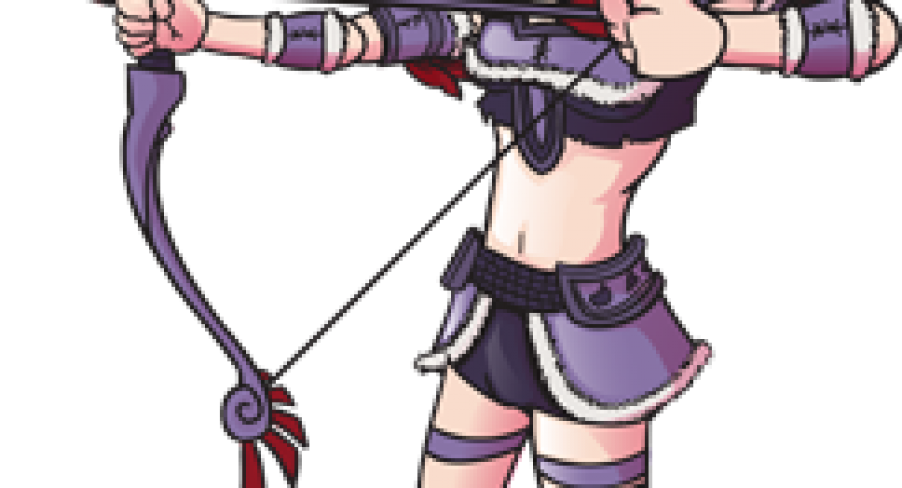 Everyone sure knows this young woman as Tinkerballa, or Tink for short, from the hugely successful web series The Guild. What you probably don’t know is how young she is to be so successful, if only PopCultureMonster was that successful at 21. As part of the series of interviews with people from The Guild, PopCultureMonster got a chance to converse with this starlet and find out what she’s really all about and how “tainty” she is, which she isn’t at all really. And also, unlike her character, she’s really sweet and likes to smile…

How did you get the part in The Guild?

My manager at the time sent me on the audition for it. I don’t really remember the audition, but I remember the first rehearsal was the day after my senior prom, and I remember being really excited because it was my very first acting gig!!

Could you even have dreamt it would be such a huge success?

No never. The whole experience has been full of surprises. First of all, when I got the job, I didn’t know it was not paid. That was a surprise… lol. But I’m so glad I had faith and trust in Felicia and Kim’s work because look where it is now! I would never have thought a web series could get this much recognition, but I knew I wanted to be a part of this no matter how little it paid, because everyone was just so fun and passionate about the project! And working with people like Felicia Day, you learn a lot. And you feel cool when you tell your friends you know her, hahaha.

I’d like to think not. haha. But I do have a feisty and sarcastic side, and I think Tink is an exaggerated version of that. But overall, I like to be around people and smile, so in that sense, no I’m nothing like her haha.

Tinkerballa of course!! No one likes to be called a Taint! I liked the use of that name though, in the show, because being called Tainterballa was the first time anyone saw Tink be affected by something. And it finally brought her back to the guild!!

What’s the best thing about working on a series like The Guild?

It’s very relaxed, and still flexible enough to work with everyone’s schedule. I’m still in school so its really nice to be able to work on the weekends when we have shoots, and not have to miss class or anything. Also the cast has gotten really close, and I actually miss them when we are not shooting! hahaha.

What has been your favourite storyline so far?

Well for Tink I think my favorite has been Tink using Bladezz for all the nice purses and things in season 2. It was really fun to play. Especially the scene when Tink tells Bladezz that she was just using him, I felt like such a bitch but also so cool and powerful at the same time! hahaha. That would never happen in real life for me btw. But I also liked that Bladezz gets Tink back realy good, because she totally deserved it.

Have you any scoop for us about season 4?

Ha, I wish I did. I don’t know ANYTHING that is going to happen in season 4. I’m sorry.

I’m not much of a gamer, but we did receive free Xboxes from Microsoft with all these awesome games, and Beatles Rockband too! I play Beatles Rockband a lot, and also Scene It! that I got from Microsoft.I like games I can play with a lot of people. It just makes it more fun. But man, I never had one before, but Xboxes are pretty stinkin’ sweet.

If a PopCultureMonster was eating your house, what would you save?

Definitely my dogs. I have 3 Maltipoos:  Lola, Bella, and Ryder. I don’t need anything else if I can save them and probably my cell phone too hehe. That is one thing about me that is so similar to Tink– I’m constantly on my phone

If you could choose, would you game with the Knights of Good, or the Axis of Anarchy? And why?

Definitely the Knights of Good; I think being the bad guy is fun for a little bit, but it gets old after a while. Tink will tell you that too.

Are you working on any other projects besides The Guild?

Nope, not right now. School kind of takes over my life and I want to enjoy the time in college while I’m here. So I guess my major project right now is to graduate on time! haha. But I do want to start auditioning and hopefully working really really soon!

Any bad experiences with über fans?

Umm, not really. I don’t really encounter that many fans unless we are at a convention or something. One person made me a cute bracelet which was awesome, but nothing bad that I can think of. Oh, well, I’ve had a few mean comments on Twitter or something — people telling me my tweets suck or something. Oh well. Sometimes they do I guess.

What are your hobbies when you’re not acting?

Well I LOVE to shop and go out and walk/run with my dogs. And obviously go out and hang out with my friends. I just turned 21 and I am OBSESSED with Vegas: best place ever.

What do you study?
I am a Cinematic Arts student at USC with a Minor in Entertainment Communications!! whoo!

You can find Amy on her Twitter @amyokuda and on Tumblr.