The Steps – Interview with Dylan Kussman 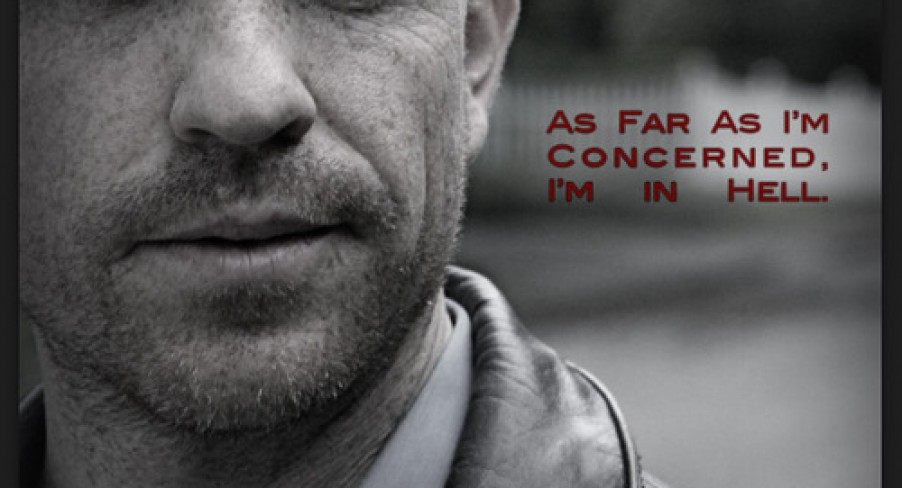 PopCultureMonster perused the interweb for the best new web series out there and came across this little gem: The Steps. Only on its 4th episode of season 1, it’s a thrilling, noir style mystery with a great premise. It looks set to take the internet by storm, and PopCultureMonster has its hopes on it for next year’s Streamys. We got the chance to e-mail Dylan Kussman, creator, writer and star of the series and found out the story behind the series, and the protagonist…

How did you come up with the idea for The Steps?

The premise of the show was inspired by a number of different things.  First and foremost was my experience of moving from Los Angeles to Chattanooga, Tennessee, which I did two years ago with my wife in order to be closer to her family.  Moving from a big city to a small city has been wonderful for me personally, in many ways, but for Charlie, obviously, it hasn’t.  Charlie is in recovery from a debilitating alcohol addiction, another story I relate to personally.  The notion of Charlie’s previous employment derives from the story of Anthony Pellicano, the infamous “PI to the stars”, who is currently serving time in prison for blackmailing Hollywood celebrities with illicit information.  And the idea of a shady criminal underworld here in Chattanooga came from stories I read in the local papers about a city councilman who was arrested a couple of years ago for laundering drug money. When I was reading about Anthony Pellicano, I thought, “He couldn’t have been working alone.  He must have had a crew of guys … breaking and entering, planting bugs in phones, whatever.”  Charlie was conceived as being one of those guys, on the run now, and looking for a way to avoid being prosecuted.  I also liked the idea of a Los Angeles native here in this smaller Southern city.  If I took my own personal reasons out of that scenario, it allowed me to ask, “What would that guy be doing here?  Why did he come here, and stay here?”  That interested me.  And the idea that he was trying to get sober and had to go to recovery meetings in this new place leant itself to some good dramatic conflict, and writers and actors are always looking for more of that. I mashed all those things together to come up with my story.

How did you go about making it once you had the idea?

I scripted the first three episodes and Tim Cofield, the cinematographer, and I shot them over a couple of weekends.  Once we had those together, we used them to apply for a grant from a local arts organization, CreateHere, and we got funded to make the remaining season one episodes (4-10).  Robert Rodriguez, in his “ten minute film school” (on YouTube … it’s genius) says, when you’re making independent film, use what you have readily available.  So, we had a leather jacket, a pack of smokes, a camera, an iMac, and an idea.  We were in business.

How long was the process?

We’re still in process.  We’re in post-production on the 2nd half of the season now, and we started shooting episode 1 in the Fall of 2008, so … a year and half, and counting, I guess?

Why did you decide to create a web series?

My executive producer Adam Paul first suggested it.  The internet is this wonderful, wild frontier for filmmakers right now.  And not many filmmakers know how to effectively use it, and even fewer know how to make money with it.  But the possibilities of distributing content online just seem so exponentially huge that I think the idea just proved irresistible to me.  The thought that we could somehow employ all that power, the power to reach so many people so fast, inspired us to give it a try.  Of course, like anything else, it’s a highly competitive marketplace, and you’ve got to find ways to stand out, rise above the noise.  But we accepted the challenge, embraced the uncertainty, and hit it with our best shot.

How did you handle creating, writing and starring in the series?

Carefully.  I didn’t set out to fulfil an ego trip, but at the same time I recognized that I was the man for the job in each of those capacities.  I occasionally felt overwhelmed, but mostly it felt natural and good.  Having a supportive cast and crew around me who believed in what we were doing helped immensely.  I couldn’t have done any of it without them.  Filmmaking can only be a solo-venture for so long – that is, no time at all.  It is a quintessentially collaborative medium.  Hopefully, even though I was pressed into duty on multiple fronts, I never forgot that.

Do you watch any other web series? If so, which ones?

Not many.  My favorites to this point are The Guild – an inspiration for us all – and Brooklyn, I think has gotten off to an excellent start.

Is there going to be a season 2?

We’re working hard to make season 1 successful enough that we won’t have a choice but to do another 10 episodes.  Like, we’d get lynched if we didn’t.

Will season 2 take on another story line or direction?

All the elements that have been built into season 1 would continue to be developed and explored.  You know, there’s only so much Charlie can learn about this city and its residents in 10 6-minute episodes.  Season two would be about him going much deeper and darker, I think.  I don’t know.  I haven’t written it yet, but it’s bouncing around in my skull.

Are there going to be any notable guest stars this series?

Don’t want to jinx anything, but our second season could have a surprise appearance or two.  Charlie did bug the houses of the stars, after all, before he came to Chattanooga.

Any advice for anyone who wants to make a web series themselves?

Grab a camera.  Robert Rodgriguez said my favorite thing about making movies, again, in his “ten minute film school” video:  “You don’t ‘want to be a filmmaker.’  Once you say, “I’m a filmmaker”, you’re a filmmaker.  Make up some business cards that say your name with “filmmaker” underneath it and hand them out to people.”  I love that.  And with the internet, you can make your first episode during lunchtime today, and have it up for the world to see before supper.  That’s amazing to me.

All photos are © John O’Keefe-Odom