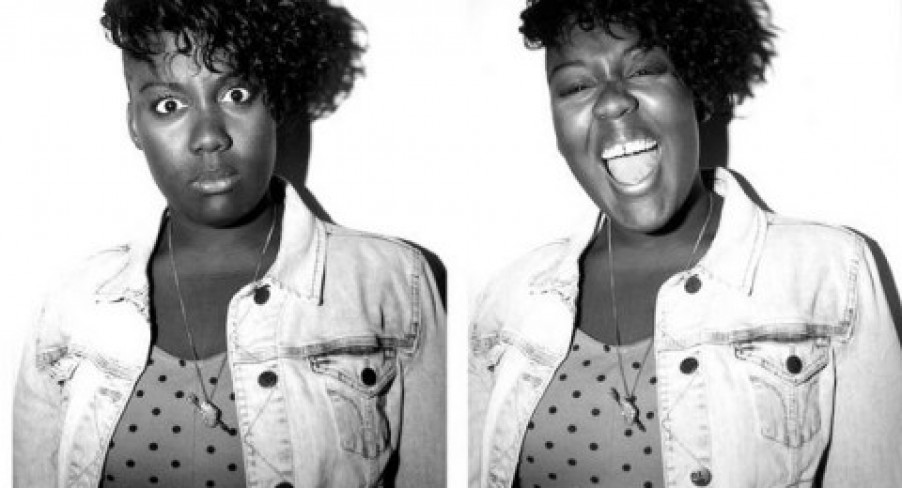 PopCultureMonster got on of those few rare opportunities this week when it sat down with Ms Anita Blay, aka the Cocknbullkid an East London via Ghana artist who is one of PopCultureMonster’s Sound of 2010. This fearless singer isn’t afraid to say, or sing mind you, what exactly she is thinking. And PopCultureMonster guesses she doesn’t care what you think about that, and we applaud our claws to this lady…

Your music has been described as distinctly dark electro-pop, but people also draw comparisons between you and MIA. What would you describe your music as?

The M.I.A comparisons were directed more at my earlier stuff. I was 20, still finding my sound. I wouldn’t say it was unfair comparison, I am a big fan. Artists always get compared, it happens. But in hindsight, my music wasn’t ready. I guess it was electro but I never set out to make electronic music for the sake of it. It was just the sort of production that the songs lent themselves well too. Lots more of the unheard demos I had were actually more varied. The new stuff is a lot more conscious. Pop-pier and brighter sounding but still dark in subject matter. I’ve worked hard honing the songs, I don’t play any instruments so it makes writing a little more challenging. When I first started writing I didn’t even know what a chorus was.

How did you break into the music industry?

I’ve always been involved in it somehow. I started out going to various questionable auditions. Loads of talent shows. When I turned 16, I joined a studio in London where I’d go every day to write songs and learn how to use music software. I went for about 3 years, I learnt loads. I left when I was 19, put stuff up on MySpace and it rolled on from there. It was great. I found my producers, gigs, management and label through it. A truly digital fairytale.

Who are your influences? Do they influence your song-writing?

Everything does! Mainly though, Madonna, Morrissey, Little Richard, Kate Bush, Nina Hagen and Sade. Morrissey and Madonna are the most crucial to my form as an artist. I really got into lyrics properly once I got into him. His music made me understand a lot about myself. I love Madonna’s pop sensibility and what she did for pop in the 80s and 90s. I love strong women in music so, to me, along with Mary J. Blige and Dolly Parton, she is the pinnacle. Do you see yourself re-inventing yourself and music á la Madonna to keep people on their toes so to speak?

I hope so. I think so actually. I think I will be an artist who goes through lots of phases. As a person, I’m very transient like that. I can’t stand still for very long. It’s a blessing and downfall.  I’ll run out of things to say. Once Cocknbullkid has said what she has to say, she will just reinvent herself. Find something new to say in a different way with a different name. People change all the time. If you want to do this as a career,  you’ve got to keep  it moving.

Do you write songs mostly about your own life and the things it has taught you?

Yes. I write about everything. I’d describe the earlier stuff as a slim crack in the door to a very messy room. There was just a glimpse. Lots of it came out quite fumbled and angry because I was just learning to articulate suppressed feelings. I’ve exorcised lots of demons on the album. I write about lessons I’ve learnt and lessons I haven’t. I’m still learning.

If you could collaborate with one person who would it be?

Wow, too many to mention! Hard question…There are loads but I’d say Morrissey.

Where has been your favourite place to play so far?

Paris is always fun. When you go over they say, the Parisian audiences are hard to crack. I didn’t find that at all. Also, I think once you’ve played to audiences in East London, you’re prepared for tough crowds! Are any of your family musical? Were you brought up with music?

My family aren’t very musical at all. They have a pedestrian appreciation of it but not really the same passion. My dad’s brother plays in a high life band back home in Ghana though. Music was played in the house, mainly old soul, dub and pop. Some Ghanaian high life and gospel too.

Colourful. I feel very fortunate to have been born and raised in such a diverse city. It’s shaped me as an artist. It’s been interesting to watch the changes too. I’ve lived in hackney all my life. 15 years ago, you couldn’t pay people to come here, now it’s a completely different story.

You have very distinctive views on your image and have gone out of your way not to be “conventionally pretty”, why so?

I have strong views on self image. When I was growing up I was huge, at my heaviest I was 16 stone. It was a dark place and obviously I never want to be there again. I have learnt that when I’m eating excessively, it’s because I’m not happy, it’s never healthy to abuse food or anything for that matter. That is a sure sign something is wrong. But I also recognise that I’m not naturally slim. So I guess for me it’s about being measured in my lifestyle, when I’m balanced I am at my happiest. I can be quite extreme sometimes. When I’m good I can be really good and when I’m bad I can be horrid! At the risk of any of this sounding cliched: for me it’s about just looking after myself and being happy with what I see in the mirror. And there’s no exact size or look that I can attach to that feeling. What is your ultimate goal as a musician?

To still be here in 10 years time. But to be relevant as well. I think loads of people try to cling onto a ship that has long sailed, trying to say things they’ve already said and the audience are very keyed into that and see through it. That’s why I know I’ll have to work hard at reinventing myself, finding new stances. I want to create a legacy too. I very much see it like the artists of the Renaissance. You look back at their work and see they had a clear idea and their work stood the test if time. It’s still relevant now. The ultimate goal is to have the generations after you recognise that you defined a time or a movement.

Is there any advice you would give to budding artists?

Writing this record I have learnt so much. So I’d say it’s so important to hang on to your vision. And make sure you have one! All my favourite artists have or had absolute unwavering single mindedness. I think that’s what makes a true artist. Especially now when there’s so much competition, you’ve got  to stand out.

I’ll start touring again in May. The single Hold On To Your Misery is also out in May. The album titled Adulthood will be out late summer on MoshiMoshi/ Island.

So, until may we have to leave you with I’m Not Sorry. Available now on MoshiMoshi records.